Calling time on adult Harry Potter fans, who need to grow up and read another book

Let's get one thing straight at the very start. Harry Potter is obviously amazing. Everyone read it as a kid, a whopping 400 million books were sold and the films have made SEVEN POINT SEVEN BILLION POUNDS. Everyone was completely obsessed, even now you'll pop it on at Christmas and it's still great.

It is okay to be nostalgic about it, but imagine if you still liked something else from your childhood as much as certain people are still obsessed with Harry Potter. Like playing conkers, making scoobidoos, or collecting Crazy Bones – it would be considered mega weird right?

Like anything good and wholesome in this world, there's always a few people who ruin it for the majority, and adults who are still obsessed with Hogwarts all these years later have ruined Harry Potter. 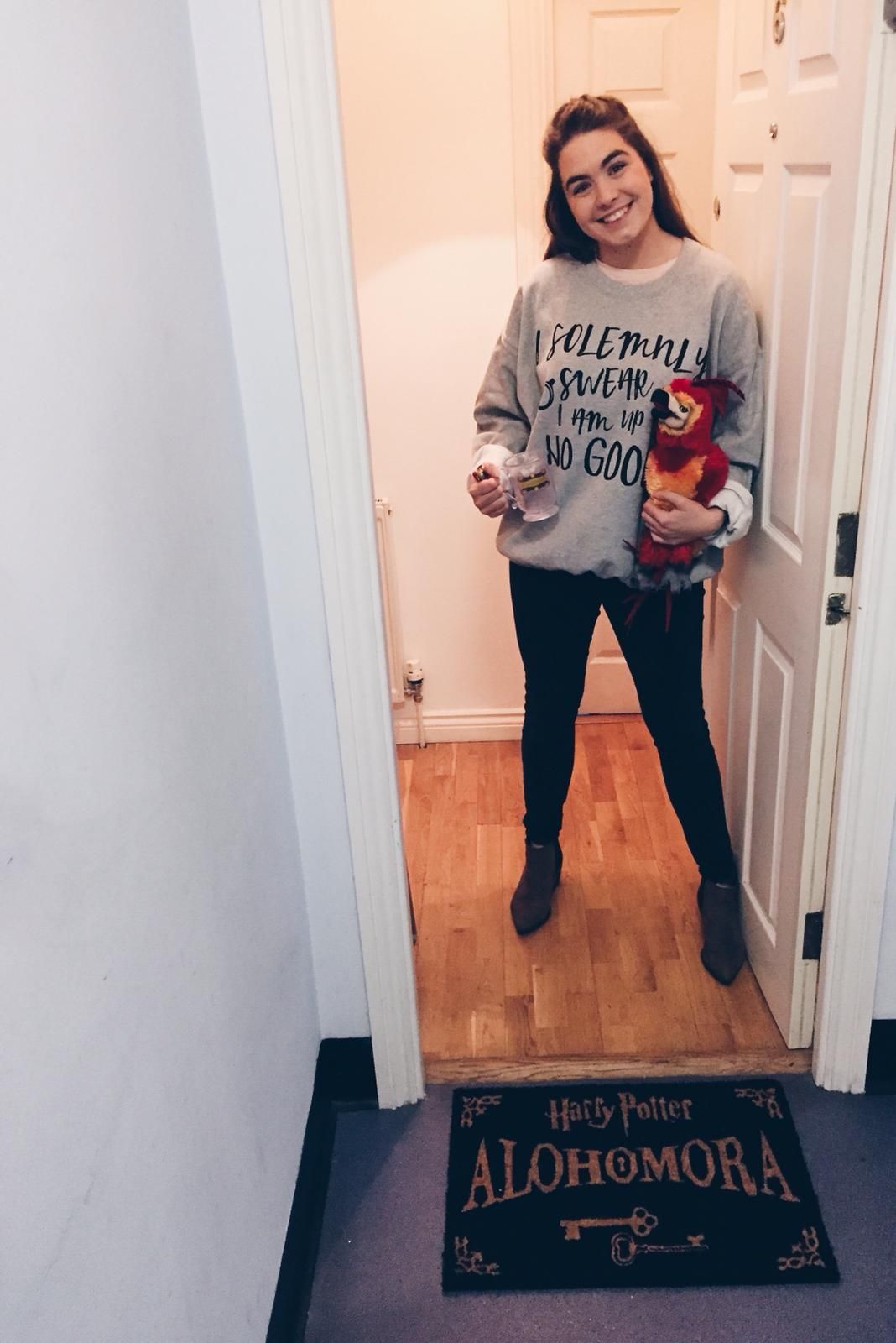 They act as if no-one has ever realised how good it is, deciding it is their mission to spread the good word of JK Rowling, as if they can't understand the possibility of enjoying any other book.

And why would you? These fans are so stunted they can only understand the world through Harry Potter. Every political development needs to be analysed through the lens of "what would Dobby do?" For that reason, Harry Potter is over, and it's the fans who Avada Kedavra'd it. 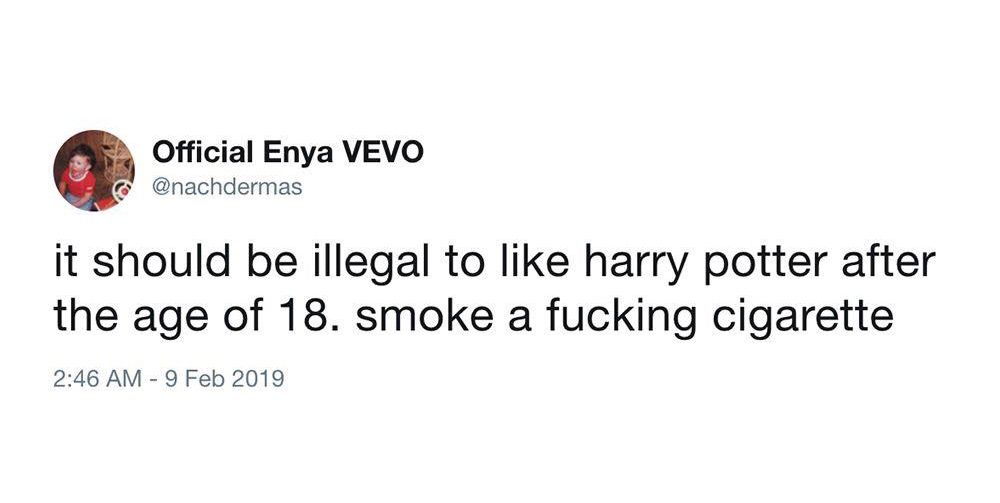 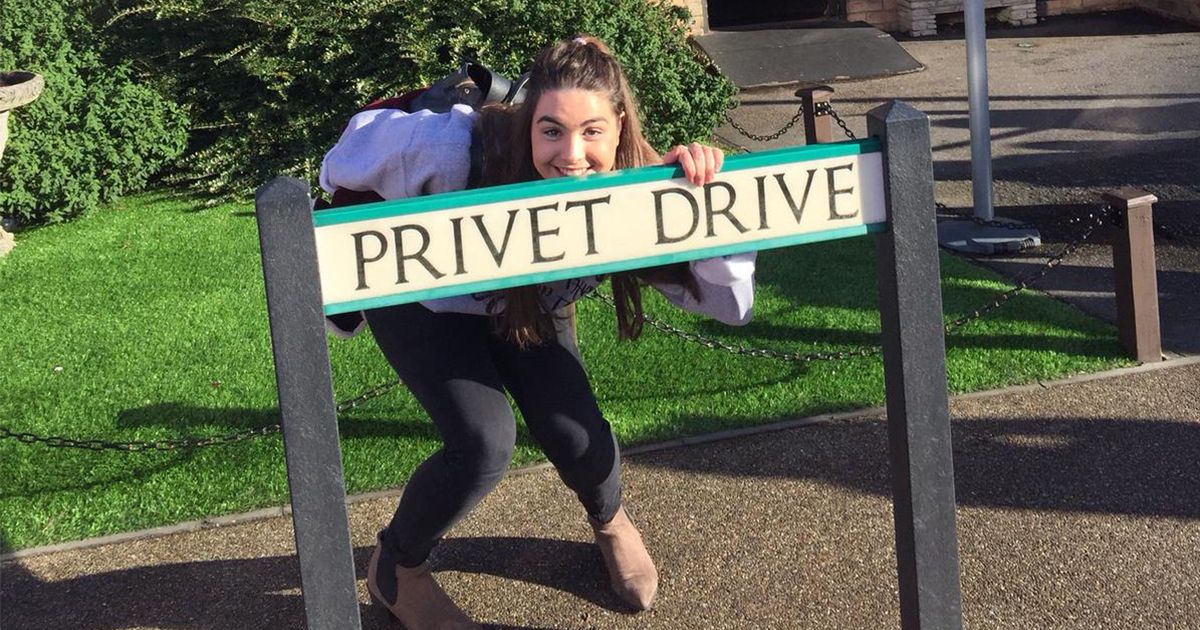 It is the ultimate substitute for a personality

Why waste time, let's get to the Hor-crux of the problem. We've spoken before about the various things that people are into in lieu of developing a more rounded personality. Gin, pizza, dogs, the US Office, even cheese for crying out loud. And the list doesn't end there.

Standing head above shoulders, on the smouldering embers of empty pizza boxes and Cathedral cheddar packets, is Harry Potter fandom. 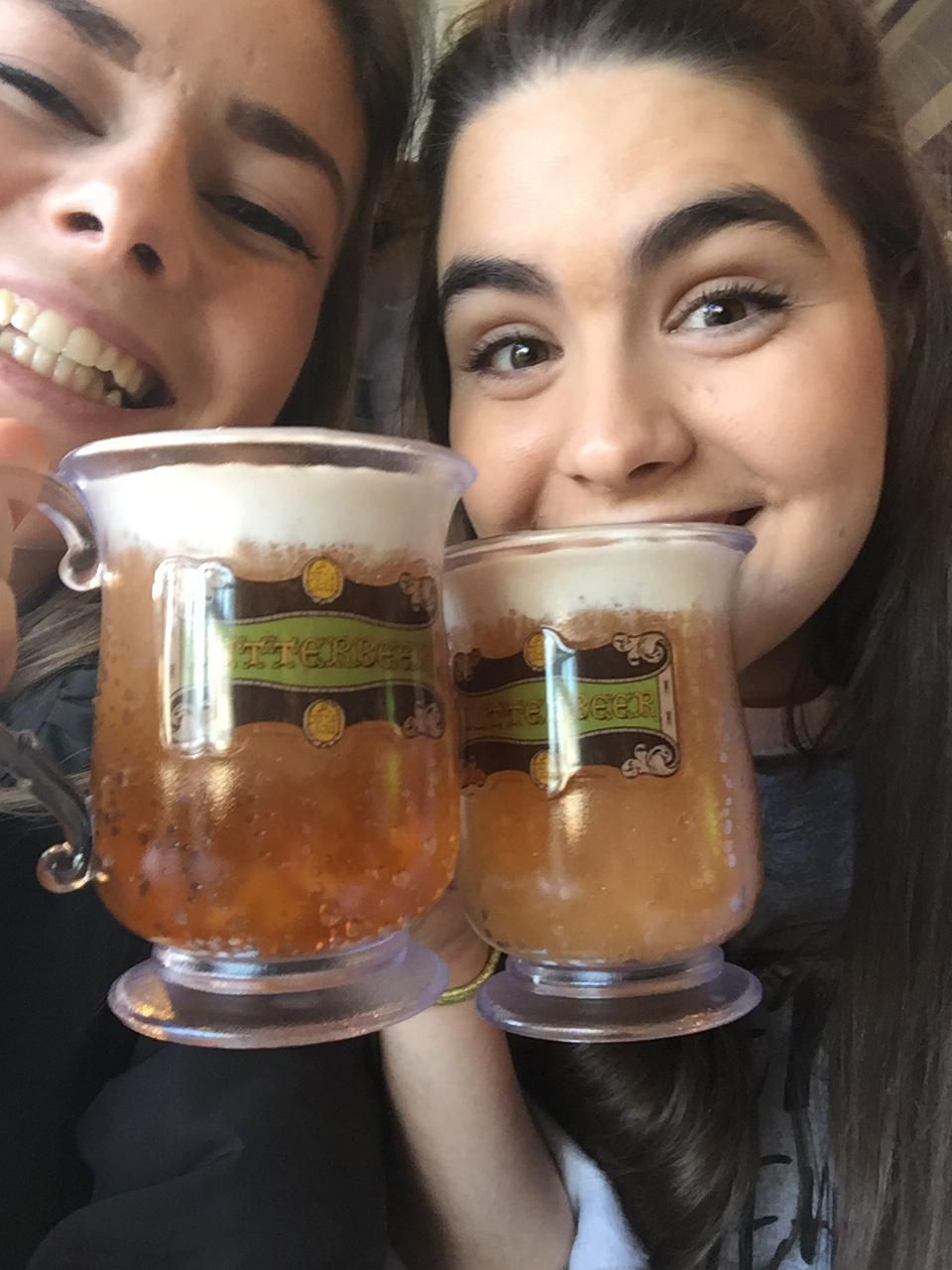 Yes the books were fun to read, you would queue up to buy the latest edition at midnight and then do absolutely nothing else until you'd finished all 700 pages, after which you'd struggle to remember what you spent your time on beforehand.

Some people have taken this as a blueprint for day-to-day life. Adopting a worldview where the wizarding world is at the centre of the cultural zeitgest, where Hogwarts never ends. These people will probably have tattoos of quotes, or the emblem of their adopted house, or if they are less committed then posters in their living room. Either, is a massive red flag.

Speaking of red flags, there are actually real-life people who use Harry Potter references in their Bumble bios

Imagine what dating an adult Harry Potter super fan would be like. Your wedding would probably have a subtle Potter theme weaved in, your first child would have the middle name "Albus".

But there is a special place reserved in Askaban for the loveless people who reference Harry Potter in their Tinder or Bumble profiles. It's such a worrying trend you could release a 700-page "Harry Potter And The Cursed Online Dating Profile" detailing every single one.

If you do this and it actually works (as in attracts normal people, not just Potter neeks) then please get in touch. Honestly, the below screenshots make me want to do a Ron and vomit slugs into a bucket. 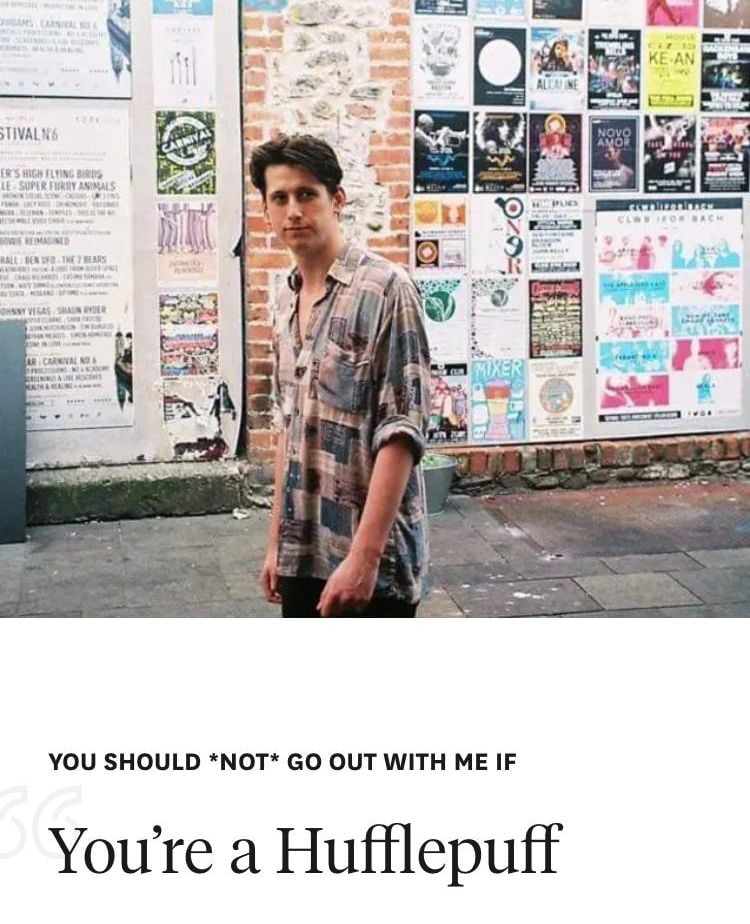 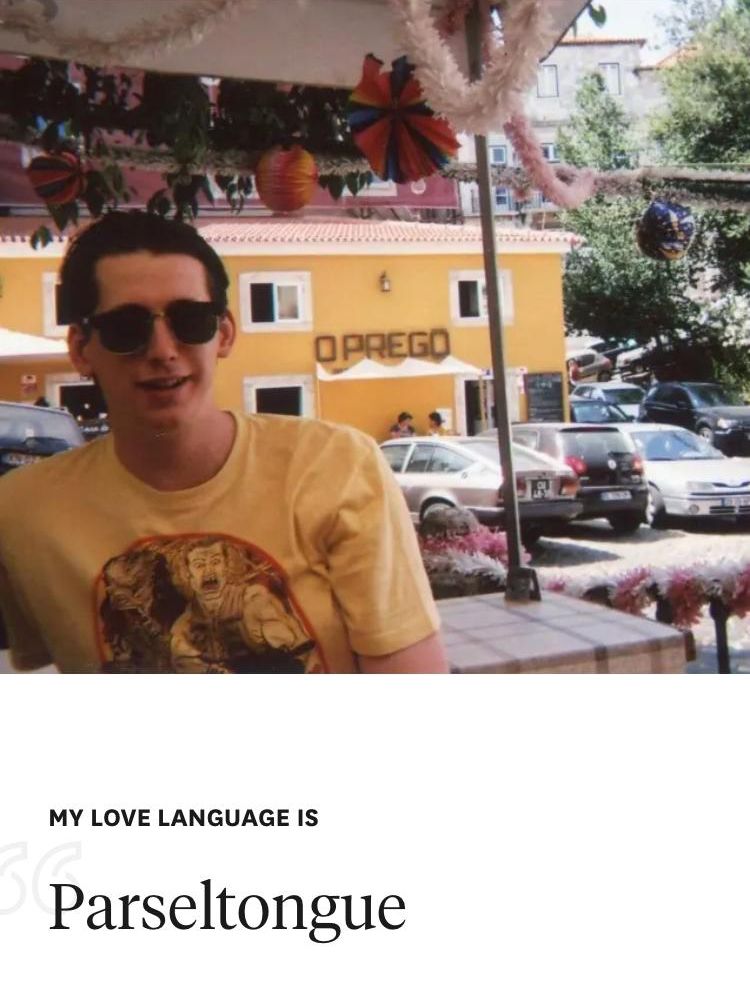 Life is full of tough questions. Is pineapple an acceptable topping on pizza? Which comes first on a scone, jam or cream? Deal, or no deal? Would you rather fight one hundred duck-sized horses or one horse-sized ducks?

But most important of all, is it more bumout if, as a grown and legal adult, you say you'd be in Gryffindor or Slytherin? If you say Slytherin you're either a) admitting to holding an affinity with the insidious Top Gear presenter equivalent of the Harry Potter world (Malfoy, Crabbe and Goyle) or b) subversively taking the label of "a dickhead" for attention. And I don't know which is worse.

On the other hand, people who say they're in Gryffindor or just insufferable pricks and you know it.

you are not a slytherin you are in your 30s 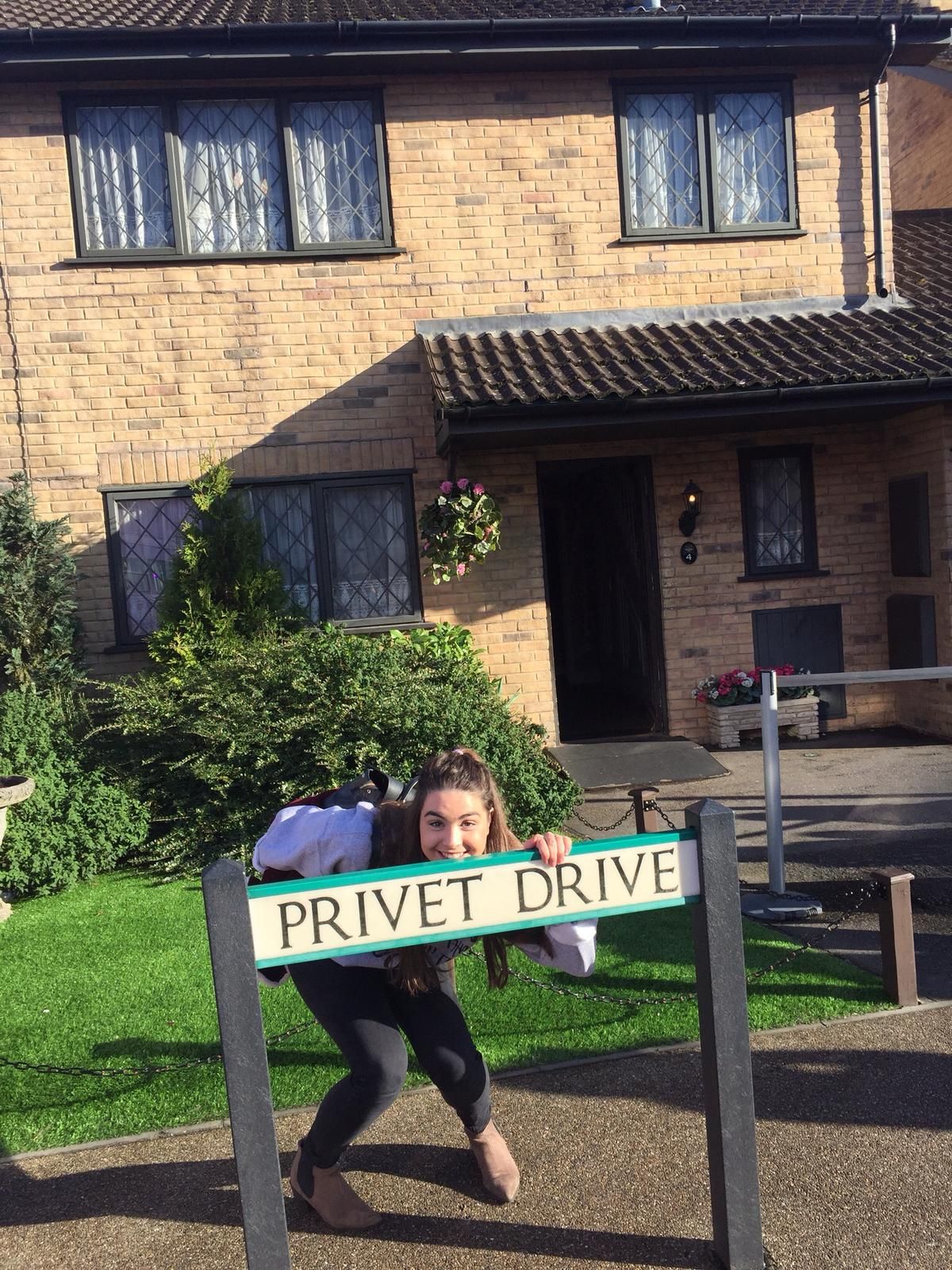 Should we really be shitting on people who play Quidditch? Probably not. But I mean come on. The world is currently crumbling before our eyes. It hit 20 degrees in February and you want to run around a nondescript field with a stick between your legs throwing balls at each other?!

All of the insects have died but you and Tim are throwing a quaffle about whilst you slowly expire due to the enhanced UV rays. In other words, we have more to worry about, more to strive for.

Mud, rain, hail, sleet or snow, when it comes to Quidditch we'll always be there!… except next week ?… because we'll be battling the half the nation to be crowned the best team of the South!

Although, the one exception to the rule is if you ask me whether I want to join a Quidditch team that holds events to sort people into Hogwarts houses at the Exeter branch of Las Iguanas I would reply with a Cowellian "110 per cent yes". 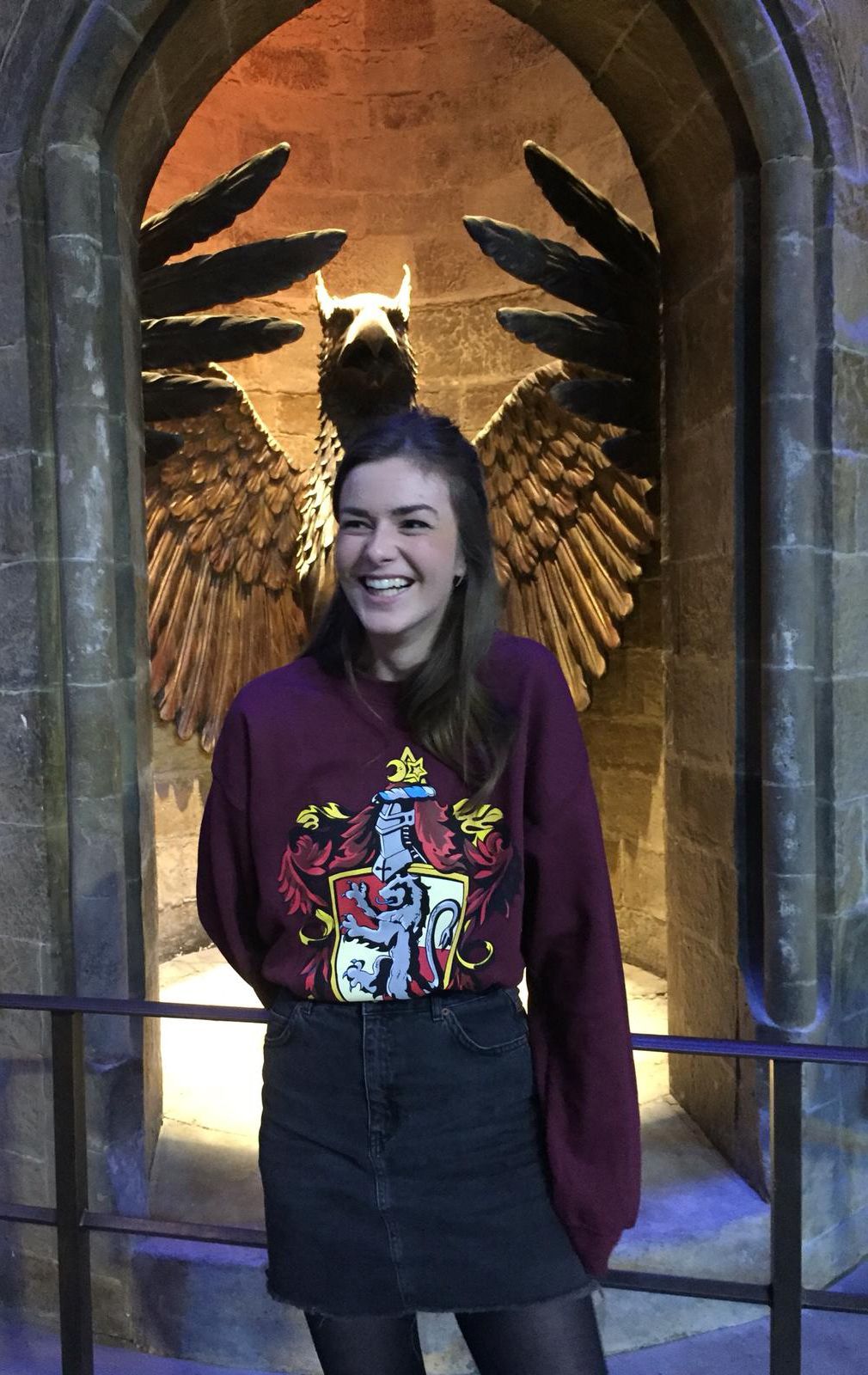 Not everything in Harry Potter has to be a posthumous political statement, especially when this is all coming out after you've absolutely cashed in, stacking your Gringotts account to the brim.

Suddenly Dumbledore is gay, despite no mention of this in the book. Next thing we know JK is getting annoyed at fans for making comparisons between Albus and Jeremy Corbyn.

JK Rowling: Hagrid was actually part of The Independent Group

Oh, and then she explained at length that Harry Potter would not support her view on the cultural boycott of Israel. Sorry, what the fuck is going on.

This has filtered down to fans of the series. Like this nuclear take below. Whatever this guy is on, I want some please.

If you think this Harry Potter hellscape is all imaginary, go to 'platform 9 3/4' at King’s Cross and realise you were wrong

At King's Cross train station in London, where the fictional, I repeat, f i c t i o n a l, train to Hogwarts departs from, Warner Bros have a gift shop with an area outside where you can pose for pictures, posing with your hands on the trolley as you rush towards the platform.

It's a shame, that one of the ingenious moments of the book, has been commodified and left to die spiritually in a ditch. Although they do let you queue up and take a photo for free, you can purchase a "VIP queue jump" lanyard from the website for the exceedingly reasonable £15! What's more is a staff member stands by all day, waiting to throw the ends of your Hogwarts scarf in the air just as the shutter clicks in order to simulate you running. Magic has well and truly been Avada Kedavra'd.

I solemnly swear that I am up to no good ⚡

Yes, the series will have undoubtedly inspired generations to read for pleasure, will have served as the gateway for many future authors, but why does everyone who has a Harry Potter tattoo/framed poster behave as if there are zero other books in existence?

There is a certain level of cerebral thickness to human beings old enough to have the vote choosing to spend their twenties going arse-over-tit for a book series. Come on now.

Harry Potter is a wonderful story for children and people who put ketchup on hot dogs, which is another way of saying children.