Megan and Wes have BROKEN UP

Megan has announced on her Insta story

Megan Barton-Hanson and Wes Nelson have become the latest Love Island 2018 couple to split up.

WHAT A DAY! ??? • Today @meganbartonhanson_ took me to her hometown Southend! • The reception we got was absolutely incredible, we’re honestly blown away by the positivity and support everyone has shown! ?❤️ • THANK YOU ??❤️

Megan announced the split on her Instagram story, the post said: "It is with hearts full of sadness that we have decided to separate. We have been working hard for well under a year, some of it together, some of it separated, to see what might be possible between us, and we have come to the conclusion that while we love each other very much we will remain separate. 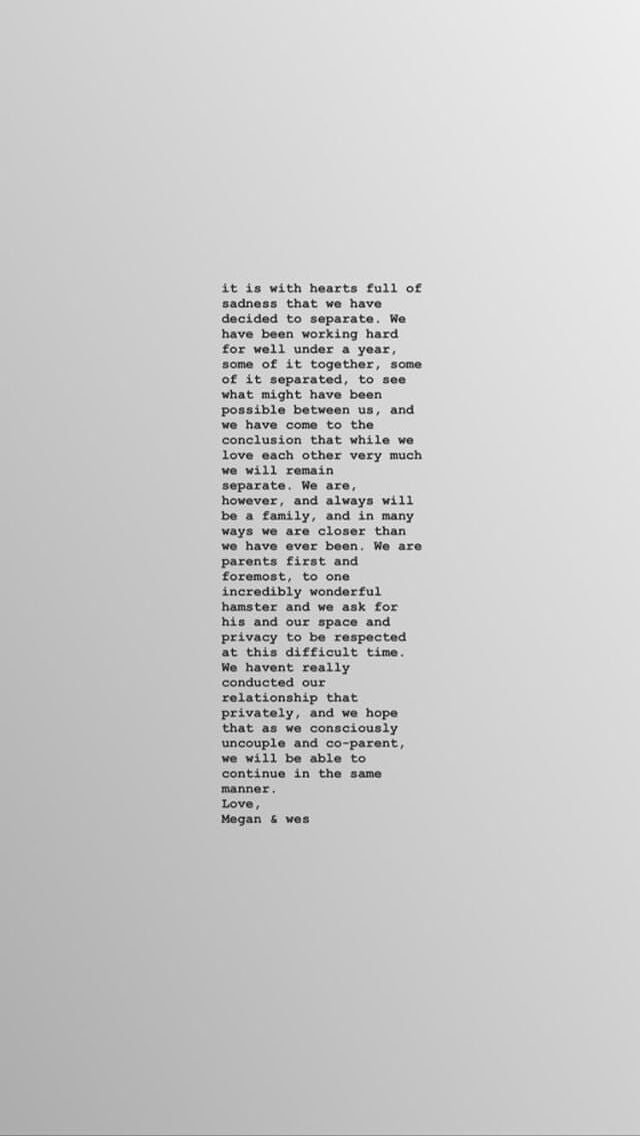 She continued in another Instagram story post: "In all seriousness, I am so grateful and so blessed to have found Wes, I will always love and adore him and I am so lucky to call him my best friend, it has been an incredibly hard decision to make for both of us but we are both looking forward to moving on together as friends and supporting each other in everything we do. I will be down at Dancing on Ice tomorrow to watch him smash it again. Only one thing left to say come on Wes and Vanessa!" 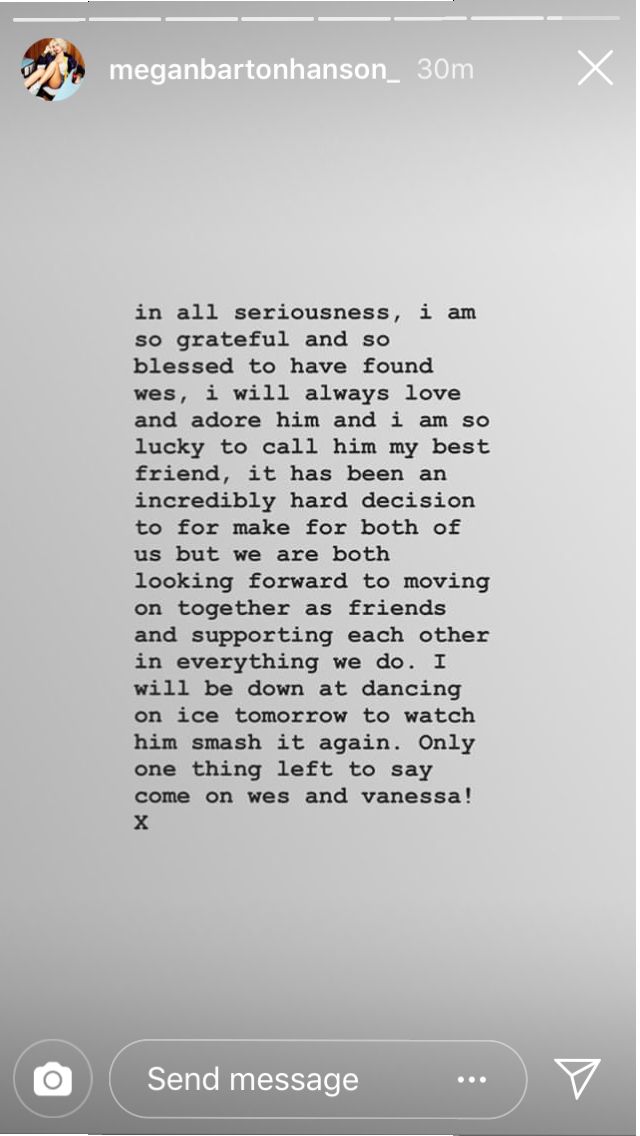 Last night, it was reported the couple had also had a break in at their home. Allegedly, thieves left with thousands of pounds worth of jewellery and electronics.

They are now the sixth couple to break up – after Samira and Frankie, Laura and Paul, new Jack and Laura, Charlie and Ellie and Georgia and Sam. The 2018 winners, Jack and Dani, also briefly "split up" before getting back together, rumours circulated that was a publicity stunt.