Finally the answers we need

Last month, Love Island's Dani Dyer announced on her Instagram that her and Jack Fincham had broken up. Then came rumours that it was a publicity stunt, and that Jack had been desperate to make the relationship work. Many questioned whether the break up was real, and the pair were seen still commenting on each other's Instagram posts. Just four days later it was confirmed the pair were back together, and the split was a mistake.

Finally, Jack and Dani have openly spoken about what really happened when they broke up – so we actually have some answers. 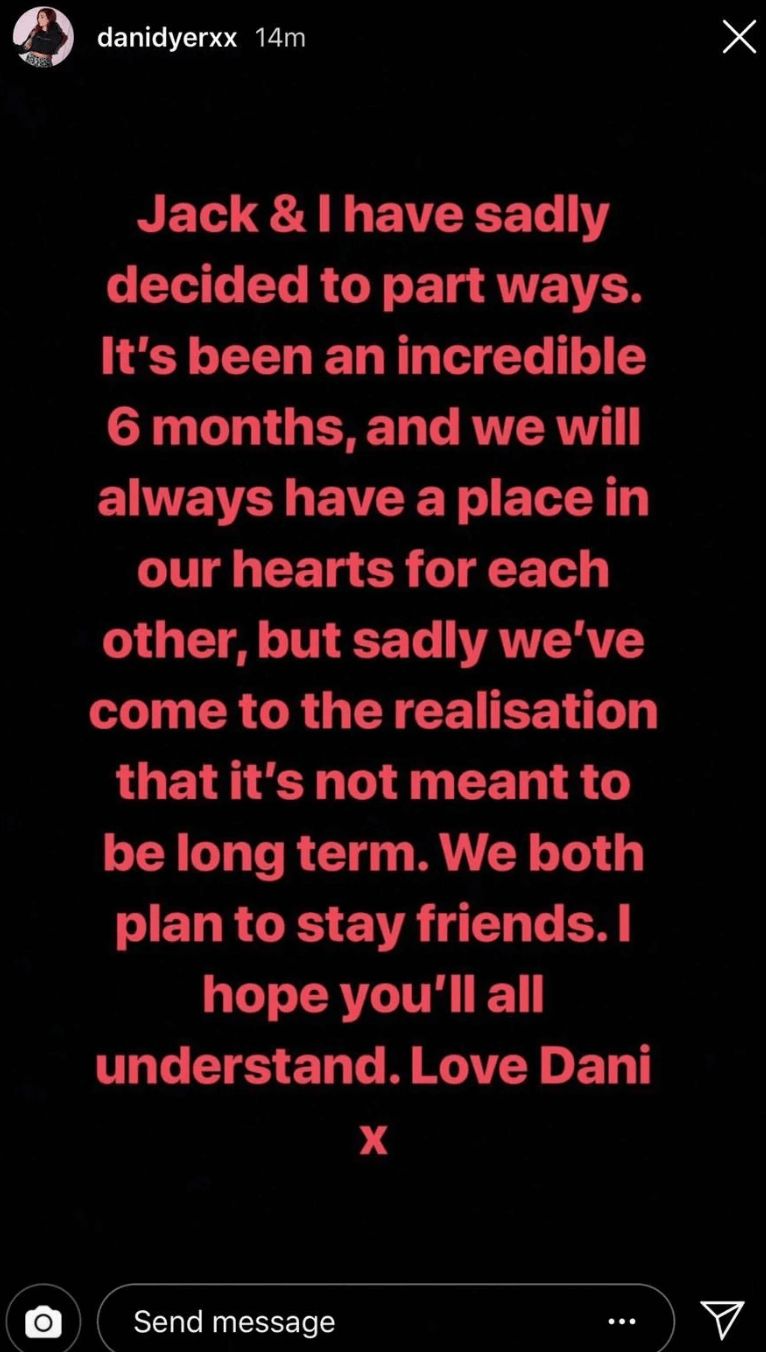 In a scene in their new show, Jack & Dani: Life After Love Island, the couple discussed the day Dani announced the split on her Instagram.

"I'd rather just be honest and say that I fucked up, can I do this please?" Dani said, looking at whoever was filming them. "I'm just going to say that I fucked up. It was a really horrible thing because I thought we were done and over, and there was no going back. But I didn't realise how much it would effect you Jack."

Dani said: "I thought we were over. It's not like he [Jack] didn't know. He knew we were over at that point but yeah, it was horrible. I don't want to upset anyone, it makes me sad."

Jack was in the pub when Dani's Instagram story post went up, and on the show he said all of his friends were staring at him with their mouths open. He then looked on his phone and saw Dani's post. "Because everyone was saying it to me, I thought it must be real," he said. He said thinking their relationship was over for real made him realise he never wants to split up with Dani.

Dani said on the show she didn't realise how big the reaction would be, because she feels like they are still normal people. "Yeah I did make a mistake, and I got a lot of slack and a lot of hate and a lot of negativity. It wasn't very nice for me." She then said that after the split Jack was the one that got support from the public.

The pair then said that if they hypothetically do really split up, it is nobody else's business.

"It's one of those things that has happened, I wish it hadn't happened, but it did – that's it," Jack said.