Oh my god!!! DANI dumped Jack but he was desperate to make it work

Is this why she deleted her Insta story?!

Last night, Dani Dyer from Love Island 2018 announced her split from Jack Fincham. But it seems the break up wasn't as mutual as she made it out to be.

A source told The Sun: "Dani may have said this was a mutual decision, but that's not the case. She ended it.

"He felt they could have made it work, but she showed a hard side and called time on the relationship."

So proud of you on your pen launch. You amaze me everyday and I’m very lucky to have met you. love you ??

In an Instagram story, Dani announced that after "an incredible six months" the couple, who won the show this year, had "decided to part ways" after realising they weren't destined to be together long-term. 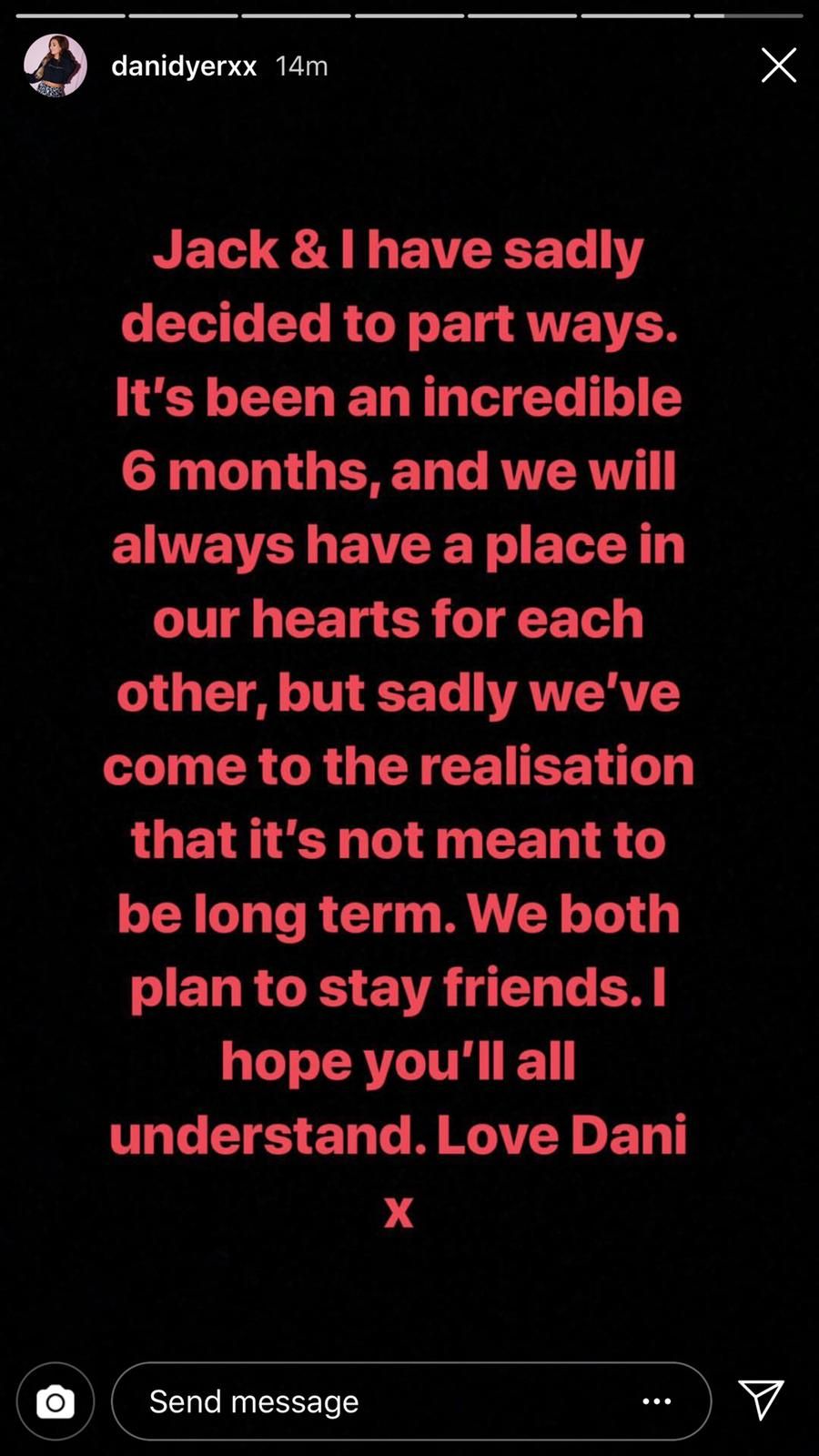 But she quickly took the post down, causing further speculation about the break up.

What about their house together in Canary Wharf?? What about the Christmas special episode??? And more importantly, HOW did Adam and Zara stay together for longer than them?!

They are now the sixth couple to break up – after Samira and Frankie, Laura and Paul, new Jack and Laura, Charlie and Ellie and Georgia and Sam.