It’s finally over: Laura Anderson and Paul Knops have SPLIT UP

Is it because Paul found himself at Burning Man?

Just two months after coming second in the competition, Laura and Paul, the couple that was never officially together, has announced their split.

Paul has been finding himself at Burning Man, a festival in Nevada, for the past two weeks and Laura has been patiently waiting for him at home. So it’s not exactly a shock and we had evidence weeks ago.

A source close to the couple told The Sun: “Laura and Paul have been so busy since the show finished and both had holidays planned without each other – so have ended up spending a lot of time apart.

“Paul went to New York for modelling work and on to Burning Man while Laura enjoyed some time back in Dubai where she lived before signing up to Love Island.

“They saw each other on Saturday night but only for a personal appearance and things weren’t the same between them so they have decided to cool off their romance.

“Neither of them will be ready to speak about their split in public just yet but they may well do later this week once it has sunk in.” 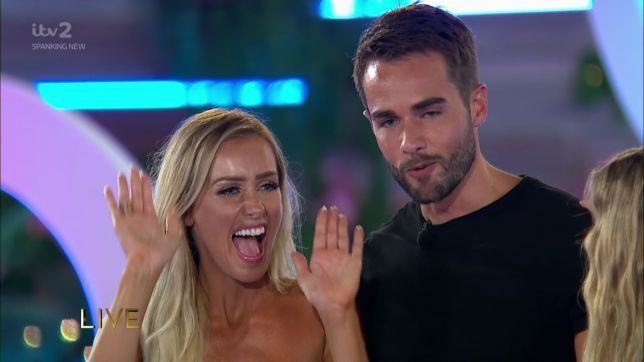 Laura didn’t exactly have the smoothest journey on Love Island. She got dumped by Wes, then dumped by Jack and also her “loyal” best friend kissed the guy she was seeing. Now it’s over with the man who she chose baby names with.

What went wrong this time? And can you even break up if you weren’t together in the first place?

So who’s next? How long will the other couples last? ?

• Before the fillers: What did the Love Island girls look like before their cosmetic surgery?