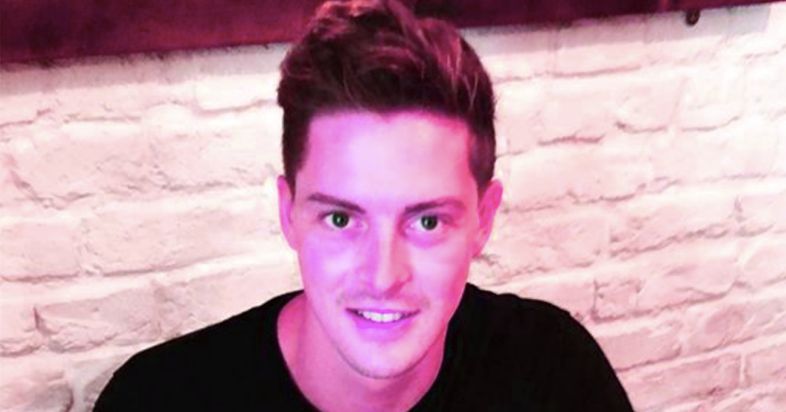 His lame caption read: "The orange juice is full of vital vitamins required for your immune system; and the breakfast has a balance of macronutrients."

But one fan called him out for stupid and frankly patronising captions. They said: "Breakfast is full of nutrients? Orange juice has vitamins? Groundbreaking!"

Not only does this breakfast look good, its full of science too. Im not awake without my morning coffee ?.. the caffeine increases blood flow to the brain, improving concentration. The orange juice is full of vital vitamins required for your immune system; and the breakfast has a balance of the macronutrients needed to maintain your body. #foodforthought #healthfoods #dralex

Dr Alex is hoping to go on Celebs Go Dating 2019

A source close to the star told The Sun Online: "Alex is desperate to find the right woman for him and thinks Celebs Go Dating would be the perfect place for this to happen.

"He was jealous when he saw Eyal was going on the show. He thinks the matchmakers would be able to line up the right woman for him. He likes natural looking women with lots to talk about and after failing to find the right woman in Love Island, he thinks Nadia and Paul could help.

"Bosses aren't taking any more people on for this series and filming is underway but he's desperate for a chance to get on the show and shine."

Laura posted a video of her singing along to Britney's song, which Paul was in the music video for. She TAGGED him in the post, but he hasn't even liked or commented on it. Traj.

Montana went on Bear Grylls' The Island, but quit days after filming started because it was "too hard"

An insider on the show revealed to The Sun Online: "Montana has walked of the show, she’s had enough. They tried to persuade her to stay but her mind was made up, once she decided the show was too tough for her she knew there was no point staying.

"It’s the toughest reality show out there and she was up against some incredibly difficult challenges, and she eventually decided she just couldn’t hack it, it was too hard for her, so she walked."

Eeekkkkk First episode of Bear Grylls the Island is on next Sunday at 9pm…. I can’t believe I actually did this, I am so excited/nervous to watch it ?? I’m interested to see if people think I’m going to be a wuss or a hard nut…. what do you reckon? ???‍♀️ @beargrylls @channel4

Fitsta Personal Trainer, James Smith, wrote: "I didn't know skinny coffee club also offered photo shop and to pull your leggings up for you. @hollygshore are you really that tight for a few quid?" Yikes.

This absolute drivel. – . @hollygshore are you really that tight for a few quid? ??‍♂️

People are convinced the Great British Bake Off is FIXED

After rumours of Love Island being fixed, all of us have been left with severe trust issues. People are now convinced Manon from the newest series of GBBO is not an amateur baker, but is in fact a professional.

These speculations have arisen after someone noticed Manon appeared in BBC's "The Box" before, which is a cooking show. But a Bake Off spokesperson said: "We are fully aware that Manon appeared in one episode of The Box and this does not affect her eligibility to take part in The Great British Bake Off."

In the end you always go back to the ones that were there at the beginning ✨ #loyalty ❤️?

Is Sam Thompson back with Tiff Watson?!

The Made In Chelsea stars were spotted leaving the same club together in London. Tiffany's representatives insist they are '"just friends" who are hanging out together, but these pictures say otherwise.

Olivia's contract with In The Style wasn't renewed after Dani Dyer was signed up for a £500,000 deal with the fashion brand. Ouch.

Why does everything have mirrors on it? Is it so she can look at herself all the time? 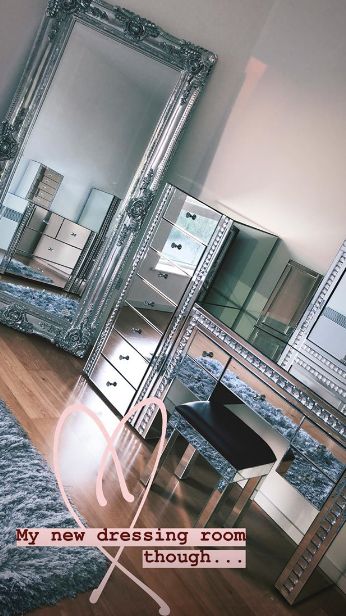 Rosie Williams could be going on I'm a Celeb

Bookies have slashed odds from 8/1 to 3/1 that Miss Strut Queen herself will appear in the jungle.

It's a shame most of his acquaintances advertise similar products though…

• Before the fillers: What did the Geordie Shore girls look like before cosmetic surgery?

• Which First Dates couples are still together? We found out

• Wes has been pictured KISSING girls and wait, is Ed Sheeran secretly married?!