ARE THEY BACK TOGETHER I NEED ANSWERS!!!

On Thursday Dani Dyer from Love Island 2018 announced she and fellow winner Jack Fincham had broken up.

On her Instagram story, Dani said her and Jack had split as they realised the relationship was “not meant to be long term”.

But then everyone was confused regarding their relationship status, as hours later Dani removed the story from her Insta, making people question whether the Love Island winners were back together.

But to make things even MORE confusing, they’re now chatting in the comments section of one of Dani’s latest Instagram posts??? 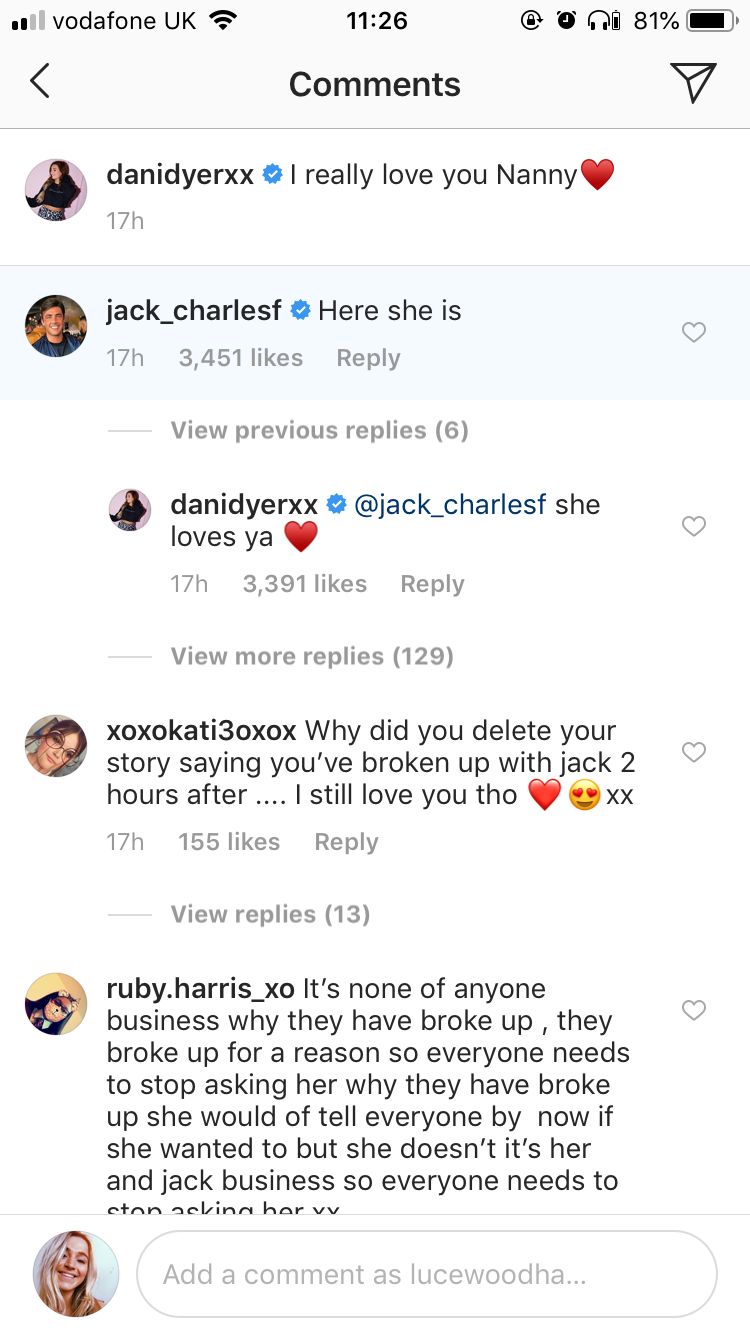 WHAT IS HAPPENING HERE

Dani uploaded a picture of her Nan during a dinner with the caption “I really love you Nanny”. Jack commented “Here she is” to which Dani replied “she loves ya”.

I really love you Nanny♥️

Everyone is speculating in the comments section, with one Insta user claiming they’re just friends now, with another claiming they must be back together for him to comment on her post.

The Sun revealed on Friday it was Dani who broke up with Jack, claiming he was desperate to make it work. Jack is yet to post anything about their break up. The original post by Dani, which she deleted after less than 24 hours of the story being up, said: "Jack and I have sadly decided to part ways. It's been an incredible 6 months, and we will always have a place in our hearts for each other, but sadly we've come to the realisation that it's not meant to be long term. We both plan to stay friends. I hope you'll all understand."

They are now the sixth couple to break up – after Samira and Frankie, Laura and Paul, new Jack and Laura, Charlie and Ellie and Georgia and Sam.

• Oh my god!!! DANI dumped Jack but he was desperate to make it work