Apparently we’re all being relocated to Solent

All students received a scam email from the Vice-Chancellor's email address at midday, informing that the university was closing, and January exams were cancelled.

The fake email said the University of Southampton was closing for financial reasons and current students would be enrolled at Solent University. The university is the first of six to close with immediate effect as of next week, according to the email.

The reasons for closure outlined were "budget constraints" and "the pressure Brexit is placing on the economy".

The email suggested the former Vice-Chancellor "just got off the phone with the prime minister" and the decision to close the university comes from "the government".

The email detailed future plans for current Uni Of students, who "will be rehoused at a far superior university."

"You will all be transferred to Solent University for the next semester."

January exams are cancelled 'so get a massive sesh on!!'

The email then said: "As consolation I've decided to allow you all to forgo your January exams.

It was signed off with "All the best, Yours Sir Christopher VC".

Sir Christopher Maxwell Snowden was the Vice-Chancellor of the university until 2019. 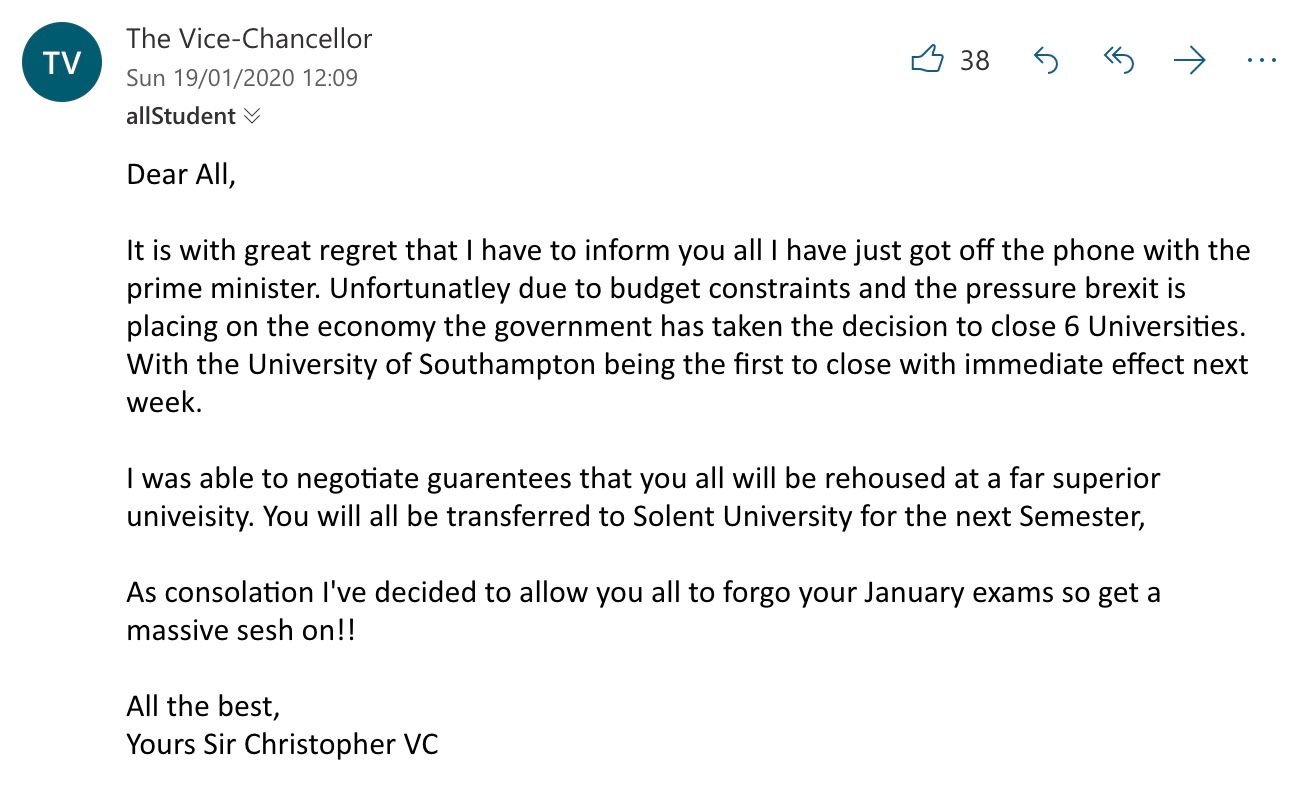 The fake email in full

The email was fake and has been unsent

There is no evidence to support the validity of the email (obviously) and it has since been unsent, or otherwise removed from students' email accounts.

At the very least it's some light relief from exam and deadline stress.

In response to the email in question, a University spokesperson told The Soton Tab: "The University of Southampton are aware of an email circulated earlier to students pretending to be from the Vice-Chancellor and relating to the University.

"We want to reassure all of our students that this email is fake. It was not sent by the Vice-Chancellor and did not come from his personal account.

"The information it contains is completely false and should be disregarded. The University is open and operating as normal.

"The University is treating the matter seriously. Our iSolutions team are working to track down the source of this e-mail and appropriate action will be taken."