A student is suing the University of Sheffield for almost £2,000 over teaching time he lost to the recent lecturer strikes.

Joseph Ford, a third-year philosophy student, has filed a legal claim and is ready to take the Russell Group institution to court if it does not refund him £1,954.99.

The 21-year-old, from Sheffield, says he has been left with “no choice” but to take legal action after the university’s “disappointing” response to the disruption.

Members of the University and College Union (UCU) walked out for a total of 22 days in March 2018 and November 2019 over changes to their pensions, which they claim will see them lose money.

The strikes, called at 60 universities nationwide, saw more than 500,000 hours of lectures and seminars cancelled, and exams, essay deadlines and dissertation supervisions thrown into jeopardy.

Ford formally complained to the university in December, claiming that bosses attempts to mitigate the impact of the two strike periods were “inadequate”. 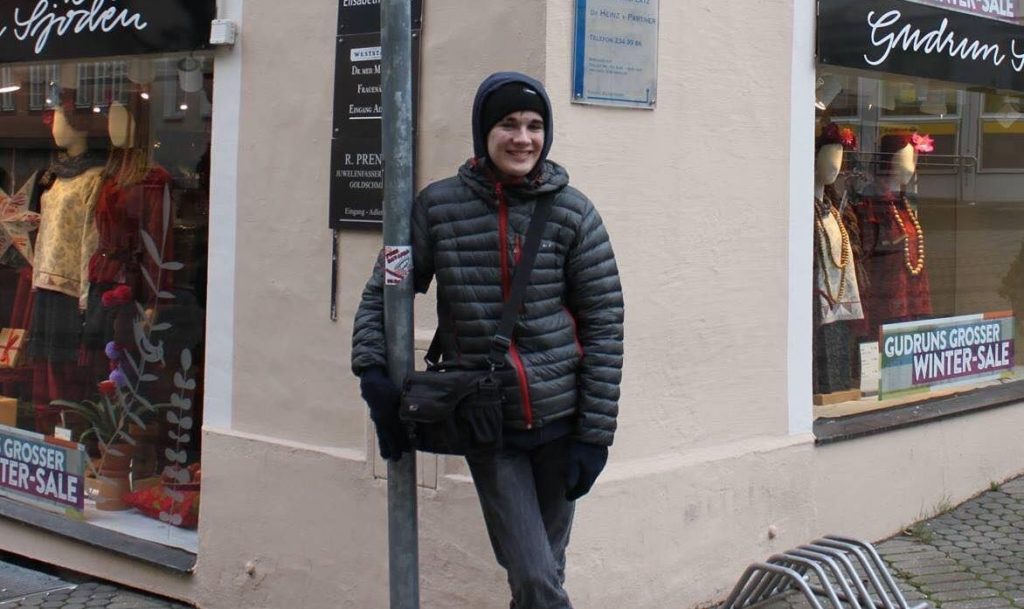 Joseph Ford is suing the university over the UCU strikes

Despite the Philosophy Department not rescheduling any cancelled classes, on January 8th the university ruled his grievance was invalid because topics were dropped from exams and “drop-in peer feedback sessions” were offered to replace essay workshops.

In a letter seen by The Tab Sheffield, the university wrote: “The Faculty Officer is satisfied that the Department have taken appropriate steps to address the impact of the two periods of industrial action and they have communicated with students and have offered support.”

It prompted Ford to launch a civil case with the Money Claims Service demanding the £2,000 sum, which he calculated by dividing the 22 strike days by the total length of the academic year, multiplied by his £9,250 annual tuition fee, plus legal costs.

The university has until February 12 to respond. If it refuses to offer him money by this date, he will apply for a default judgement court hearing. 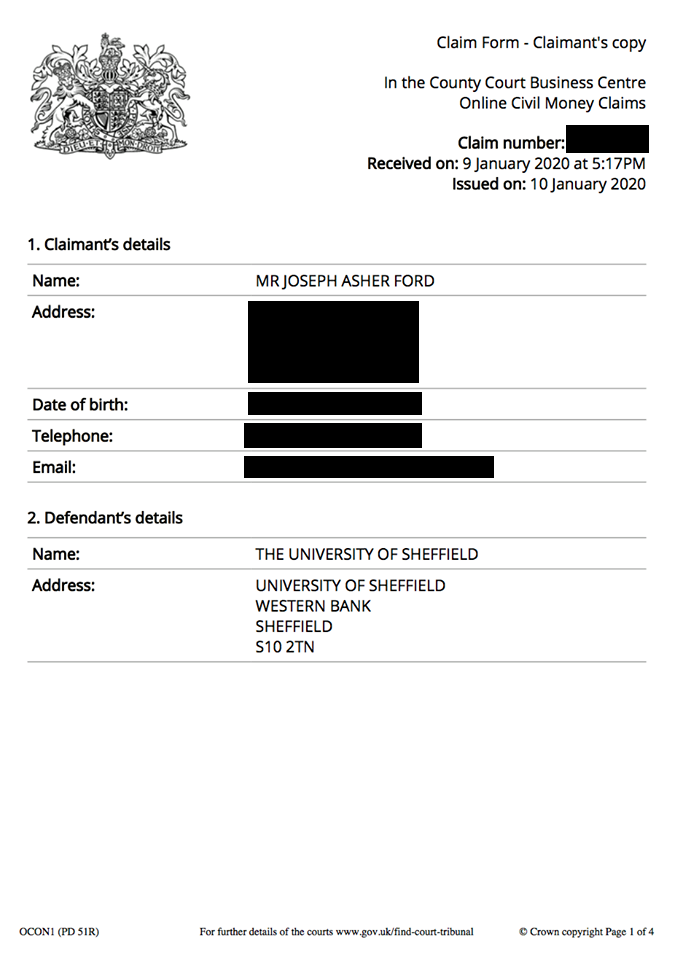 “I’m disappointed but unsurprised,” he told The Tab Sheffield. “The university has so far avoided addressing the central point of my complaint: which is that the university owes students reimbursements for tuition they have been promised and have paid for yet not received.

“I have stated my preference that the matter be settled out of court on numerous occasions. It is frustrating that the university has not engaged with such good faith attempts to settle the matter privately.”

More than 1,700 people signed a petition during the November strike demanding £490 from Sheffield University.

Ford is hopeful that the case will urge other students to claim money. “If the county court rules in my favour, this will mean that the university will have to face its responsibility to reimburse all affected students and not just me.”

The University of Sheffield declined to comment. Sheffield is among 74 universities which have balloted for more industrial action this term.