Sheffield Uni and Hallam strikes: Why are my lecturers striking and will classes be cancelled?

Here’s what we know

You've probably heard by now that many lectures and seminars are being cancelled over the next two weeks because of strikes.

But why are staff walking out, and how's it likely to hit you? We've put together this brief guide to get you some answers.

What are they striking about?

One of the key issues of the strikes is based around the continuous dispute of staff pensions.

In 2018, UCU members struck over the proposed cuts to pensions, which would downgrade the Universities Superannuation Scheme (USS). The union said it would leave the average lecturer £10,000 a year worse off in retirement. Changes to the USS contributions since 2011 have resulted in the rise in cost for pensions, but also the loss of thousands of pounds for those retired. 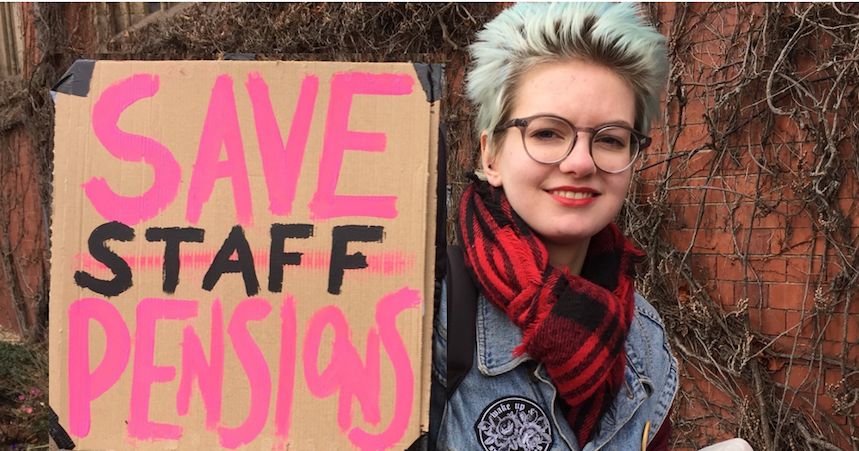 A study by UCU issued in August showed that a typical member who joined USS before the changes in 2011, will now pay roughly £40,000 more for their pension but will receive almost £200,000 less in retirement leaving them £240,000 worse off in total.

With the union unsatisfied with the lack of progress made on the pensions scheme issue since the settlement after the previous strikes in 2018, they have balloted for strike action again.

The next issue comes down to one of equality. The UCU are fighting to reduce the gender pay gap and BME pay gulf between staff, in other words the difference in average pay for men and women, and between BME and non-BME staff.

In 2018, the gender pay gap of staff at the University of Sheffield was 17.9%. UCU are fighting demanding action to be taken to reduce the gaps, to make this equitable for women and black and minority ethnic people.

However, the strikes aren’t just about pay, but casual work and zero-hours contracts too. As Simon Rushton, senior Lecturer in the Department of Politics, told me: “I am a fortunate lecturer in that I am on a full time and permanent contract, but increasingly that is becoming less and less the norm in higher education. Whether it's the increased use of staff on short term contracts or hourly paid contracts, we’ve really seen a move away from what a traditional academic career is about."

The union claims that 46% of universities and 60% of colleges use zero-hours contracts to deliver teaching and that more action needs to be taken to ensure job security in HE.

So what does all this mean for me?

1. How will I know if my lecture will be on?

Many staff have been advised to contact students to confirm whether they are participating in the industrial action and whether this will mean cancelled lectures and seminars, reducing the number of contact hours. However, legally because it is a strike, they do not have to tell you.

2. Will my attendance be monitored?

The university has stated that they will be monitoring attendance – irrespective of the strike. But, where a teaching session is cancelled due to industrial action, students will not be recorded as absent.

3. Will the strikes affect my grades? 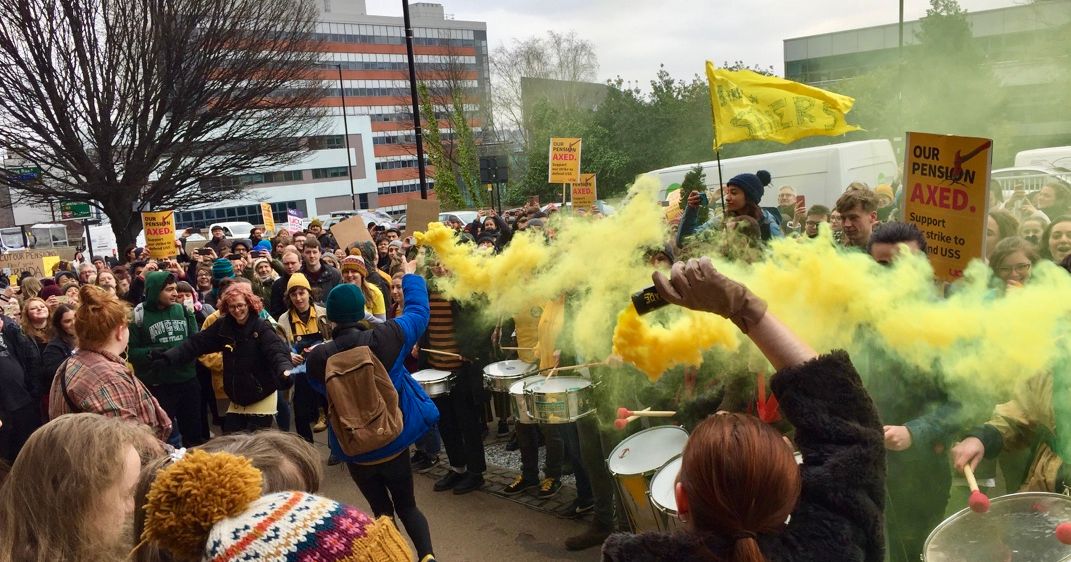 It's hard to say. Hallam and Uni of have promised to minimise disruption and put students' interests first here. They say departments will examine whether the strikes have impacts on the assessment of individual modules and where it is considered ‘necessary, fair and reasonable, adjustments can be made for the whole group of students’. Similarly, board examiners will be aware of the impact industrial action will have, and have said extenuating circumstances may be granted. You may also experience delays in assessment feedback and results during the strike period.

4. What is a picket line and can I cross one?

A picket line is the term given to a protest whereby those lecturers and staff on strike use their time off work to campaign publicly, often with placards, for better pensions, working conditions and pay. "Crossing a picket line" in this context is when students or staff decide to still attend university during the strike instead of protest outside. There will be many of picket lines outside of departments during the strike period, but no one should EVER stop you from going into university buildings if you wish to do so – it's entirely your choice. Not everybody agrees with the strike.

5. Will support be available during the strike?

All welfare and clinical services will be open and available during the strike period. This includes, wellbeing support from Central Welfare and Guidance (CWaG), the University Health Service (UHS), and Student Access to Mental Health Support (SAMHS).

The university has launched an information line dedicated to the industrial action including an option for immediate welfare support. It goes live on Monday, the number is: 0114 215 7770.

6. What do Sheffield SU and Sheffield Hallam SU think?

They both support the lecturers. Alongside the National Union of Students (NUS), the strikes are supported by both SUs in Sheffield, who voted overwhelmingly in favour of the industrial action. The SU and UCU are running ‘Teach Out’ sessions during the strikes, a programme of voluntary lectures on topics such as climate change and decolonising the university.

7. When will the strikes end?

As it stands the confirmed strike period is between Monday 25 and Wednesday 4 December inclusive, a period of eight days. However, UCU plans to hold "action short of a strike" (ASOS) beyond 4 December, meaning staff work strictly to contract, and warn of a wave of further strikes in the new year if agreement is not reached with Universities UK.

The Tab Sheffield will be bringing you all the latest news and gossip during the strike period – follow the action as it happens right here on our website thetab.com/uk/sheffield, and on our social media channels.