Jeremy Corbyn was welcomed by huge crowds at Sheffield University this evening.

The Labour leader was cheered by hundreds of students and activists when he arrived unannounced at the SU concourse at around 6.30pm.

He made a speech hailing the "wonderful city" of Sheffield and vowed to "change society", before being whisked away by security and the media.

Tonight's BBC Question Time leaders' special is being broadcast live from the Octagon on campus, three weeks before the 12 December general election. 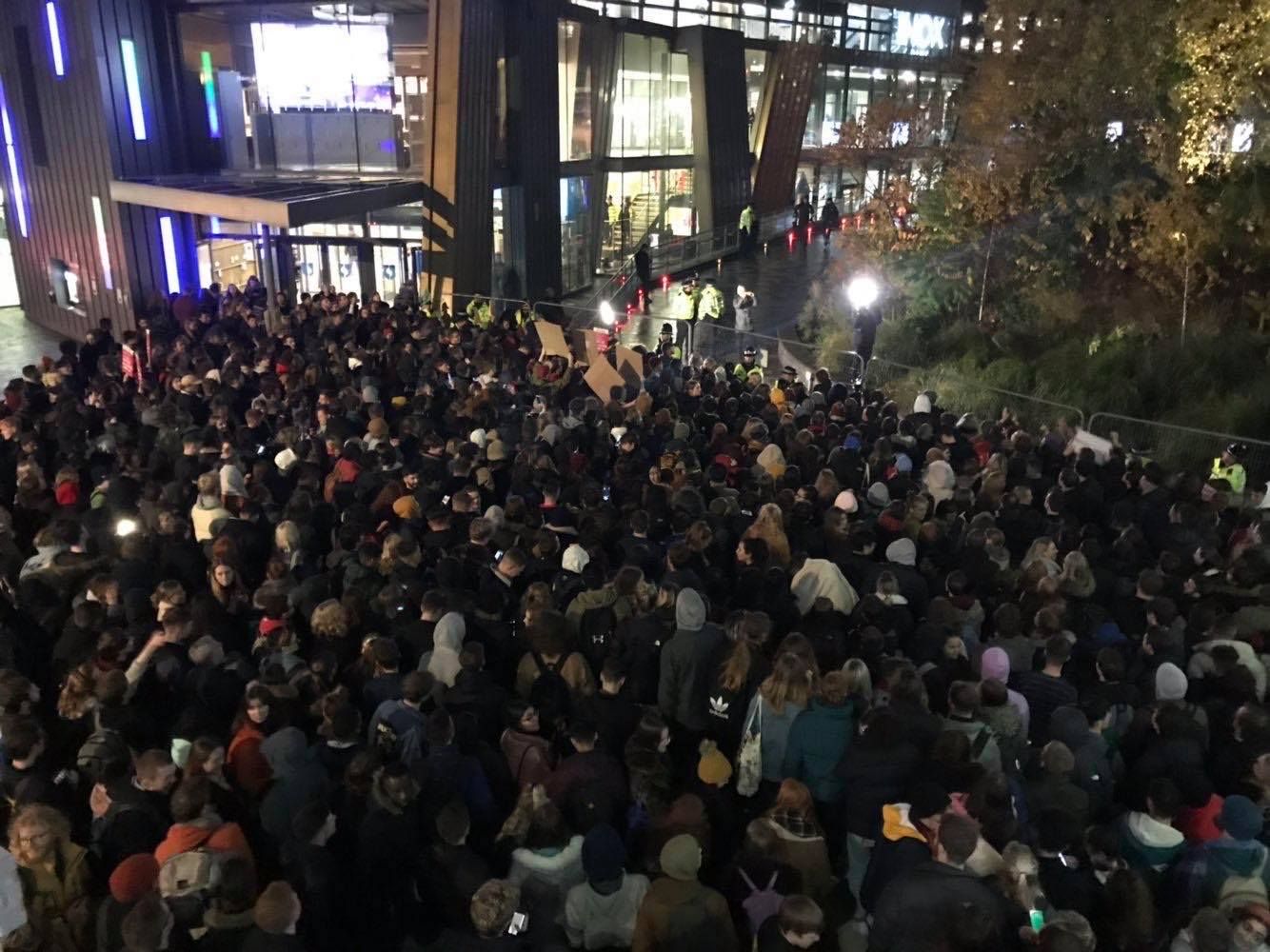 The crowd, which also featured Extinction Rebellion activists, had been waiting to see Corbyn arrive for more than two hours as rumours swirled that he was going to do a speech.

They broke out into chants of "oh Jeremy Corbyn", "for the many not the few" and "Swinson's a Tory", referencing Jo Swinson, and unfurled Labour banners. At one point they shouted, "when I say Tory you say liar".

Just look at this crowd in Sheffield cheering for Jeremy! 👏🙌

In his speech to the Sheffield crowd, Mr Corbyn said: "Can I just say this? Thank you Sheffield for being here tonight. Thank you for the wonderful city you are.

Glad I got to see Jeremy Corbyn saying our NHS is not for sale outside Sheffield uni before leaders Question time. Not so glad I missed the phone call about being in audience! pic.twitter.com/hvBfbIwu1t

The crowd in Sheffield right now outside the bbc leaders debate waiting for Jeremy to arrive pic.twitter.com/sSQOkiuRNq

"But I want to do that because I am fed up with the poverty, the homelessness, the food banks. I want to do that to elect a government that will address the climate crisis that we’re facing, that will bring about a green industrial revolution and that will make sure that our trade with Europe is secure in the future: in or out.

"If Boris Johnson wants to go to New York or Washington with Donald Trump, I will simply say this: our NHS is not for sale."

Corbyn unveiled his party's manifesto on Thursday, the most radically left-wing in decades, dividing economic analysts who questioned whether his spending spree adds up.

Students gathered in Bar One to watch the debate on giant screens, just metres away from where it was being filmed.

Hosted by Fiona Bruce, tonight's debate will see each leader will have 30 minutes to be grilled by a live studio audience, some of whom are students.

There has been a mass security operation in force all day around the SU and Octagon, with road closures and a heavy police presence. The nation's media have tonight descended on the area.

– ‘I’m scared to reach out now’: What happens when your uni suspends you for your mental health