Get it on my Nokia speed dial now

The University of Sheffield has set up a helpline for students whose mental health is affected by the upcoming lecturer strikes.

The new phone line will seek to help those angered, confused or distressed by cancelled lectures and classes.

Hundreds of staff at Sheffield Uni are set to walk out for eight days at the end of November over pay, pensions and working conditions.

It forms part of strike action by the University and College union at 60 universities nationwide, which union bosses say will disrupt one million students' education.

The helpline is set to go live at the end of next week, ahead of the industrial action between 25 November and 4 December, and will be staffed during working hours.

Sheffield University said the line will "provide support for those concerned about the strike, and signpost mental health support" for those affected, and students will be notified when it goes live.

The institution expects at least 800 staff to walk out, causing lectures and seminars to be cancelled, and threatening disruption to exams and essays. Lecturers and PhD staff at Hallam also taking part, after 83.5 per cent of UCU members at the two unis voted in favour of striking.

The UCU is also holding "action short of a strike", meaning teaching time lost to the walk outs could never be rescheduled.

The helpline forms part of a push by Sheffield Uni bosses to ensure those with differing views on the industrial action are respected.

During the 2018 UCU strikes, which saw 575,000 teaching hours lost at UK unis over a month, Sheffield SU officers and activists aggressively backed the strike.

The far-left student society "Free Uni of Sheffield" caused outcry when, during the fourth week of industrial action in March 2018, members staged a three day occupation of the 19-storey Arts Tower, preventing any students or staff from going to work. 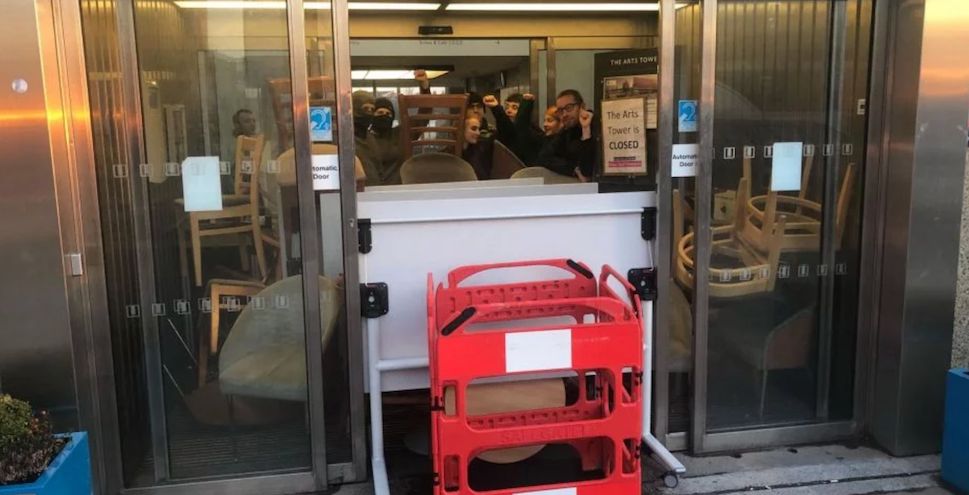 Staff at the University of Sheffield politics department were condemned by the government's Universities Minister for "completely unacceptably" physically blockading and verbally abusing students who crossed picket lines to attend seminars.

Politics student Julia Coulson, then in first year, told The Telegraph: “I tried to go [to my seminar] and two lecturers moved and stopped me from going. I felt awful, I felt like such a criminal for going to something that was on."

Wyn Morgan, the vice-president for education, said the upcoming action will see "welfare, education and learning" prioritised, and the SU would be a "calm space where everybody feels valued".

On its strikes FAQ webpage, the university warns: "Staff on picket lines should not stop you from entering a building or prevent your access to any part of the campus to attend your class or other activities."