An interview with Bad Luv, one of Yorkshire’s most hotly tipped new bands

The play Cafe Totem on 2 March

In a short space of time, Yorkshire four-piece Bad Luv have made quite an impression on the music scene in the area. They have built up a strong social media presence, and released debut single Desire by Design at the start of the month to critical acclaim.

Ahead of their show at Sheffield's Cafe Totem on Saturday 2 March, we spoke to the four-piece about their journey so far, and what can be expected from them in the coming months.

How's the band come together?

Adam: Me and Brendan have been in bands ever since being teenagers really, a long time ago.

Adam: Yeah I think I was 17. We've just stayed together and been through various bands, and then we met these two in Barnsley College and it's come from them.

Brendan: This is the one that stuck, basically.

Who would you say are the main influences on your music?

Adam: It's hard to say really, cos-

Adam: Diana Ross, that's a good one. We're all quite different, so we each bring a separate music taste. Jake's really into metal, Deftones, bands like that, then Brendan's into Wolf Alice…

Brendan: Everything. Bit of everything. I like everything that these all like really but I listen to a lot more up-and-coming bands. Amazons, Anteros, all them sorts of types.

Adam: We find a mutual ground basically. For me it's like Nick Cave and Nothing But Thieves and Queens of the Stone Age. I could go on for days really.

There's already a vibe to the music which feels larger than venues like Cafe Totem.

Jake: But it also benefits in a small venue cos it blows your face off.

What have you got planned for your launch show?

Adam: The single launch will be at Totem in 2nd March, that'll be the launch for Desire by Design, and the track's available on all streaming platforms, or near enough. We're gonna do a little bit of a tour and build up for the eventual EP launch. 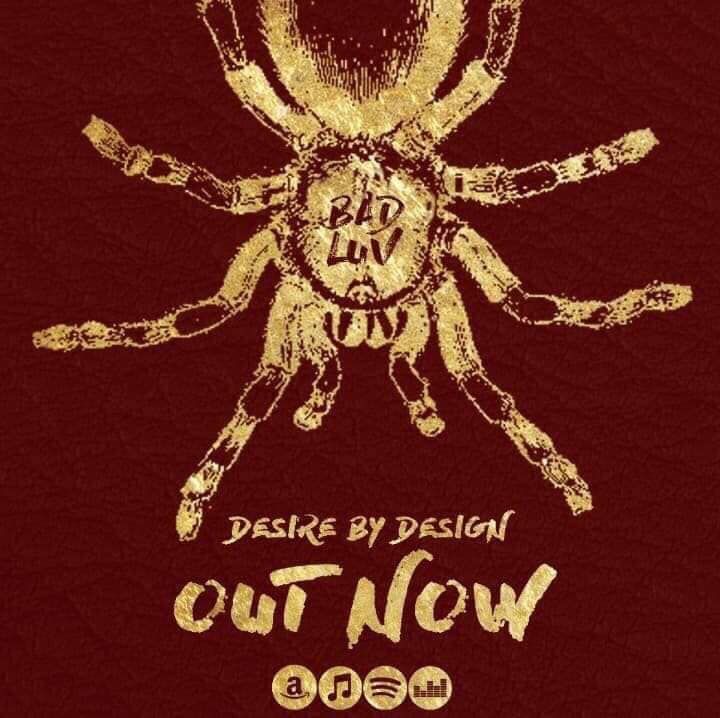 What sort of vibe do you want your live show to give off?

Adam: We like to have fun. We don't take ourselves too seriously. We have a laugh and a joke while at the same time trying to remain artistic credibility. Cos I think that's important, not to be able to take yourselves too seriously but still write and perform good music. We just want people to forget about life for half an hour.

Jake: I think we're in a very subtle sense normal.

Luke: Not all of us.

Adam: We've work been working harder on that than the music.

Luke: There's two of us that's weird as owt, then two of us are there to calm the weirdness.

Which other up and coming bands can you recommend to our readers?

Jake: Bearchest, very good friends of ours. We love them to bits.

Brendan: Barnsley it's weird cos the venues have all died, but there are one or two bands. There's one called Twenty Eight Club which are actually pretty good, quite Catfish and the Bottlemen like. Really good vocalist.

Adam: Outside the local area, I'd say like Yonaka, Husky Loops, bands like that. Bands that are pushing boundaries and not being scared to take a risk. We like taking risks.

As a new band how have you found the state of the music industry?

Adam: It's definitely thriving at the moment. Maybe not so much round where we're from but out in the big bad world, yes it's definitely getting better. Loads better.

Adam: We don't know any different, we haven't been around that long so we don't know what it was like 10 years ago. It does feel like the future's bright for small bands.

What's the long term plan for Bad Luv? Where would you like to be in a year or so?

Adam: I've answered this question in the mirror every morning. (laughter) It's hard to say isn't it? Cos you don't want to sound like you expect too much to come from it, but I am quietly optimistic with the EP and then what we're doing next. So I don't know, I feel like I just want to be heard this year. I want people to hear what we've worked on.

Jake: I just want to see people buzz for us, and just enjoy what we're doing.

Adam: We're proud of what we're created, and that for me is enough.

Bad Luv's debut single Desire by Design is out now.