Auditions for University Challenge are taking place this week

Want a chance to test your quiz skills beyond Bar One? Fancy following in the footsteps of Stephen Fry, David Starkey and Christopher Hitchens? Or do you just really want to meet Jeremy Paxman?

Then buzzers at the ready, because The University of Sheffield are holding auditions this week to find four brainy students to represent our institution on University Challenge.

Auditions will be taking place in the Nelson Mandela Auditorium in the Students' Union tomorrow (Tuesday) and again on Thursday, between 5:30pm and 6:30pm.

An email that has been sent out to all students at Uni Of reads: "Sheffield Students' Union and The University of Sheffield are looking for 4 team members which represent our core values and academic success.

If successful, the recording of the 2018 series will take place between February and April. Exact dates will be released closer to the time.

"The BBC Two programme, which has spawned countless memorable moments and contestants, originally started in 1962, returning to screens in 1994 with presenting icon Jeremy Paxman as the quiz master. 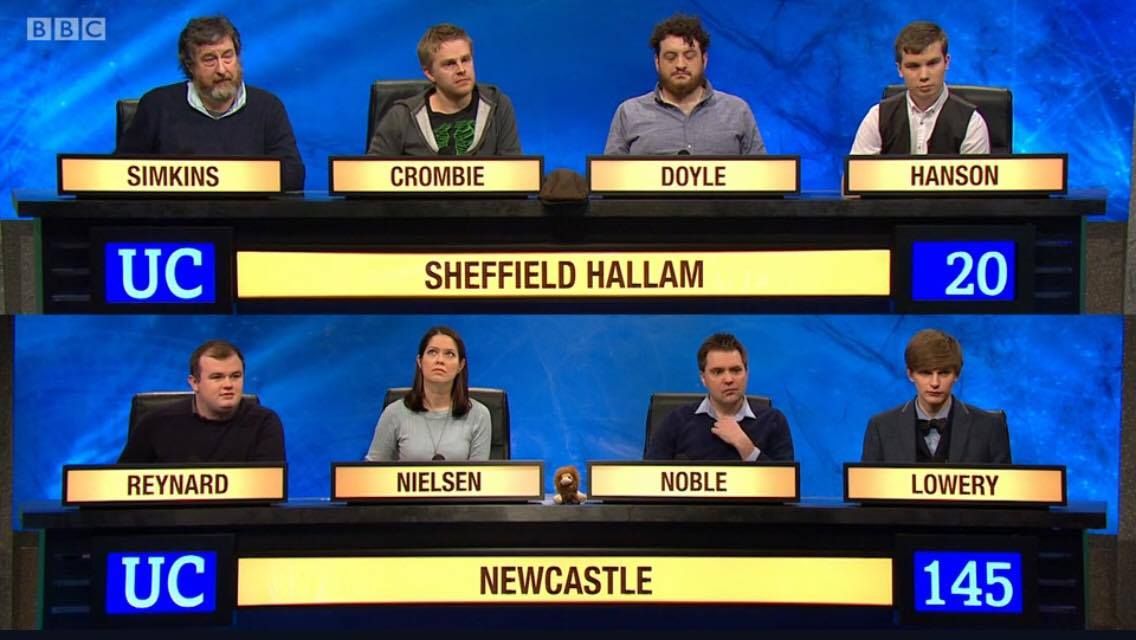 Who knew Owen Jones and Marcus Mumford went to Hallam?

Each series of University Challenge features no fewer than 28 different unis across the country, and regularly attracts over 2.5 million viewers.

Hallam made it onto this year's series, where they faced Newcastle, but were convincingly beaten.

So, if you're a Sheffield Uni student confident that your quiz knowledge is worthy of a prime time slot on BBC Two, get involved – further details and the event page for the auditions can be found here.