Hey! Ho! Climate change has got to go!

After an hour the march reached a patch of waste-ground in New Islington, currently destined to be a carpark. The organizers did not support this, and instead demanded that it be given over to green space. Here the protestors remained for a ten minute lie in, before they began to disperse. Thousands of protestors descended upon central Manchester this morning as part of the international climate strike.

This diverse group marched from the Manchester central library to a patch of wasteground in New Islington, blocking traffic throughout the city centre for more than half an hour. 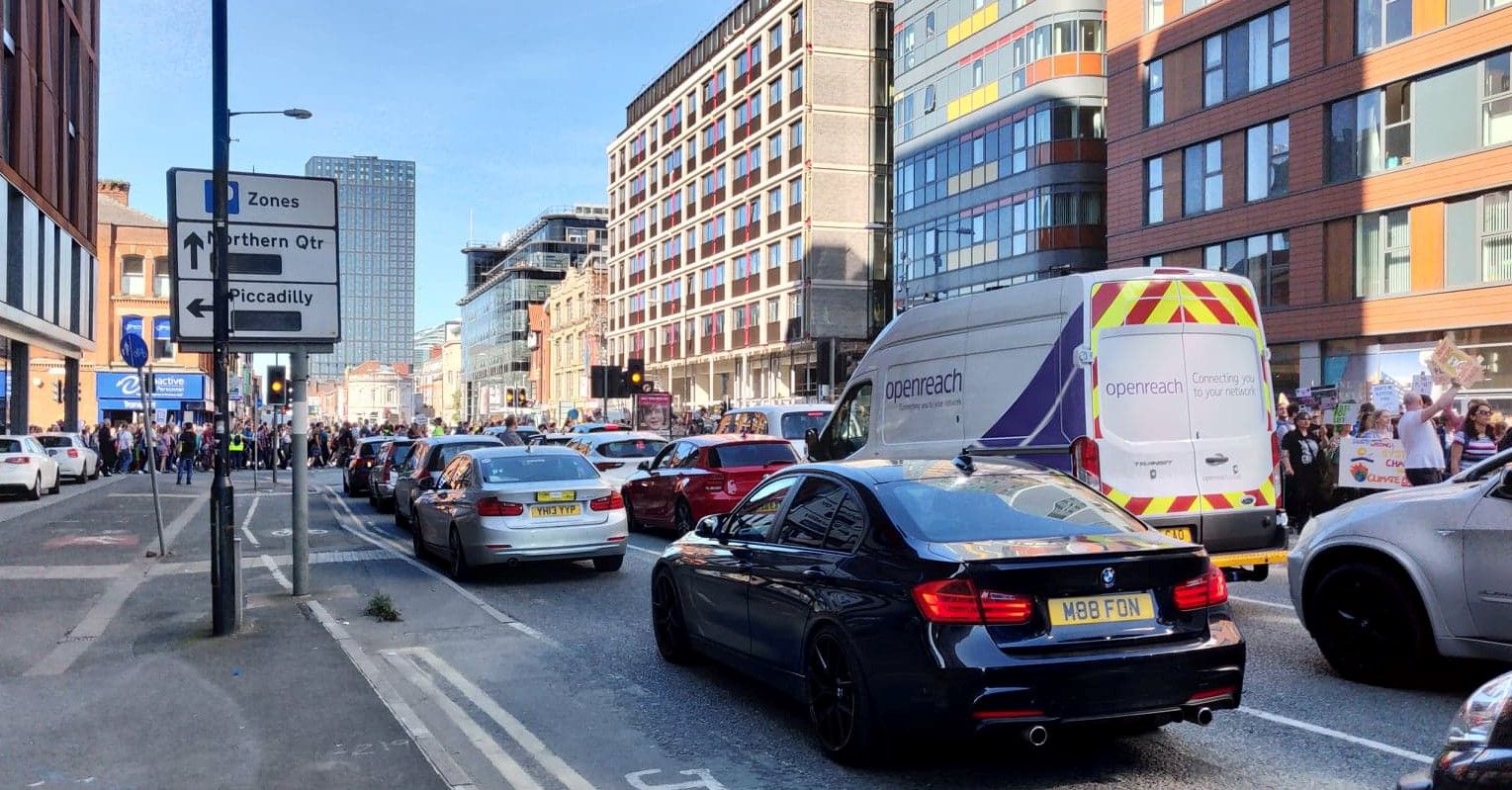 Mayor Andy Burnham came under criticism despite speaking in support of the protestors. The Mayor criticised those who were against young activists like Gretta Thunberg, saying "These are the people who brought the country to the brink of a nervous breakdown through Brexit, they are the same people who are creating division between people and hate."

The conservatives were not popular amongs the crowds

However, speakers in St Peters Square criticised the mayor for not doing enough himself against climate change. This included ten year old Lillia, from Oldham, who when given the stage accused the Mayor of not doing enough in the fight for climate justice. 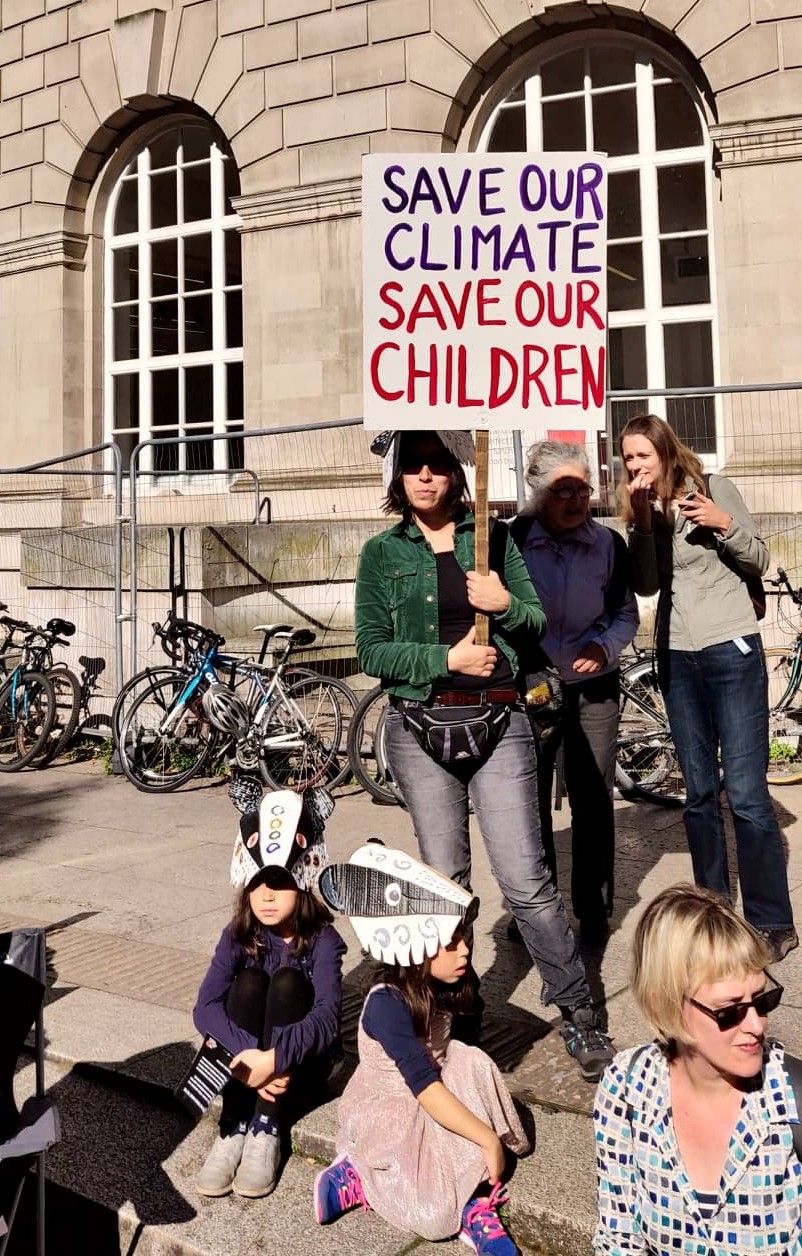 The crowds, numbering in their thousands arrived at St Peters Square in the morning. Despite having brought in a stage the majority of protestors could barely see or hear any of the speakers.

The atmosphere in St Peters Square was almost festivalesque, despite heavy police presence. A large number of Metrolink staff were drafted in to maintain the passage of trams through the square.

One of these Metrolink workers, Graham, told us he supported the protest. "Everyone's got a belief and I support their cause. We all have kids". 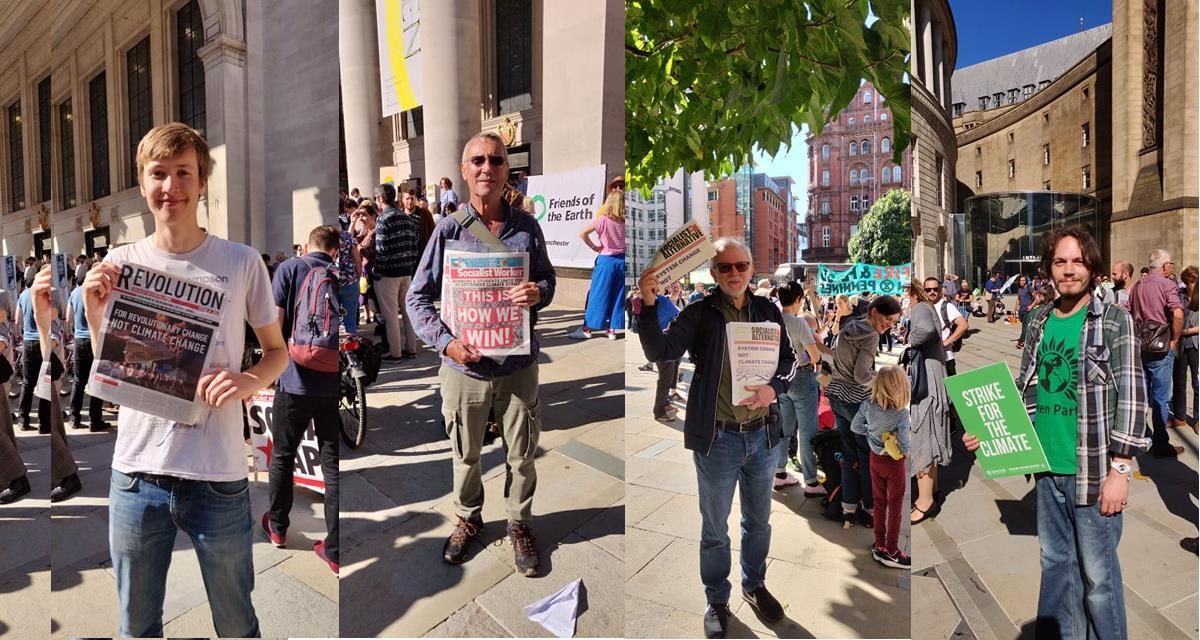 A wide variety of left wing and environmentalist groups set up stalls and handed out literature in St Peters Square, including The Green Party, Extinction Rebellion, Friends of the Earth and the International Marxist Tendency. Out of these groups Extinction Rebellion clearly had the largest presence, with every second person sporting their logo somewhere on their body.

A number of children and younger activists were involved. Sixth formers Millie and Sofie said "It's really important to strike from college. There's no point in getting an education if the planet is dying." When asked if they belonged to XR they replied "Yeah, I'm part of a club".

Another college striker, Holly told us that she was missing "double maths and double textiles" to attend the event. She felt that the climate strike was justified but that "The pressure to become a vegan here makes me uncomfortable- It should be your own choice." 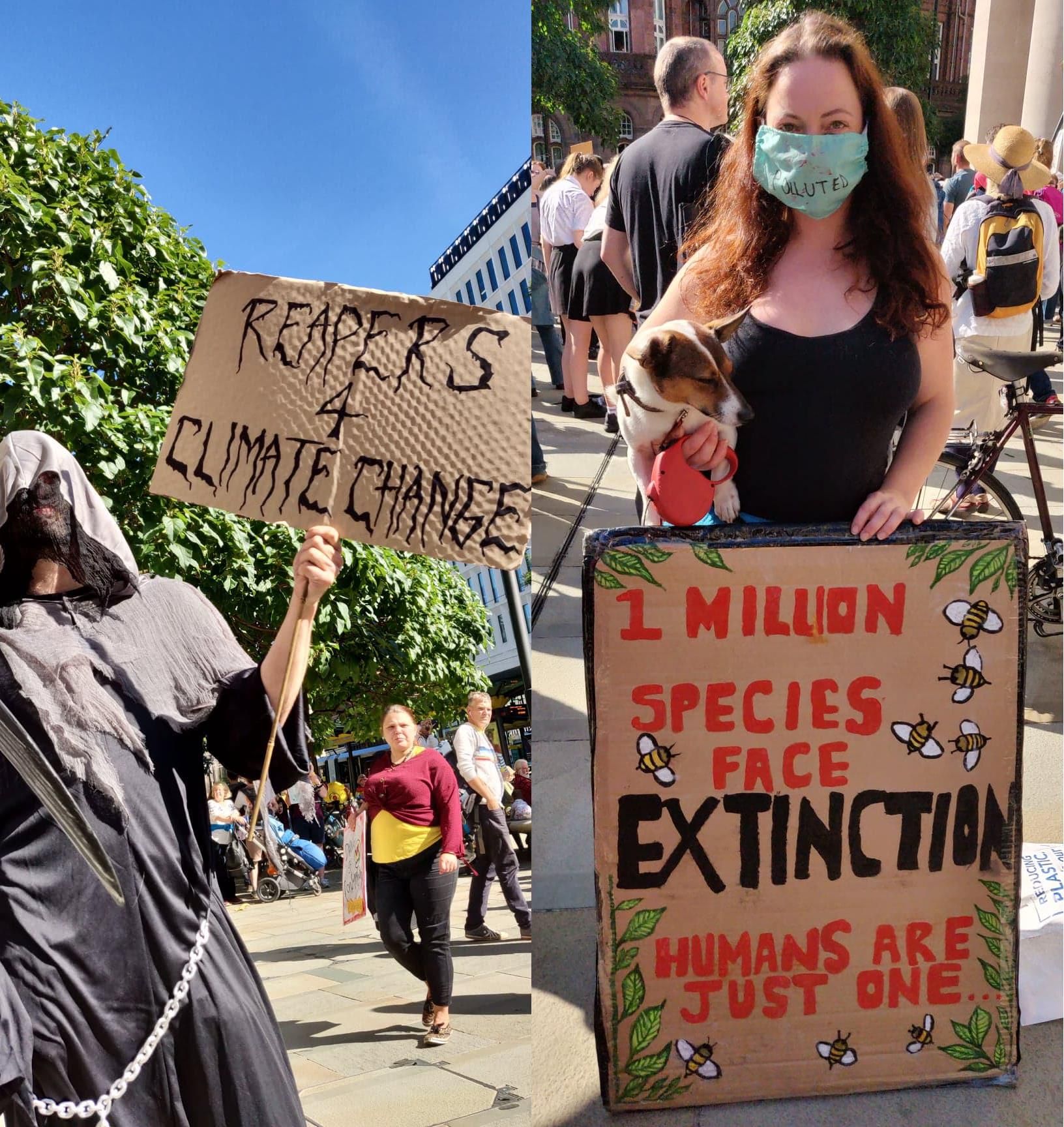 Two of the most creative signs

Sarah and Sarah, two more seasoned activists told us that they were planning a "Rebel Holiday" to London in the near future to join further protests there. They told me to expect many more Extinction Rebellion activists to be arrested in coming months.

Others, while just passing through expressed support for the protestors. Yoga, a visitor said that "We should be advocating against climate change instead of making everything worse. We are the young generation and if we cannot stop pollution and other activities we will suffer.

Some individuals were less appreciative of the protest. Chantel, waiting in her car for the protest to pass said "I'm all for saving the planet, its a good cause, but not for blocking the road for twenty minutes". Bus driver Steve disagreed; "I'm still being paid". 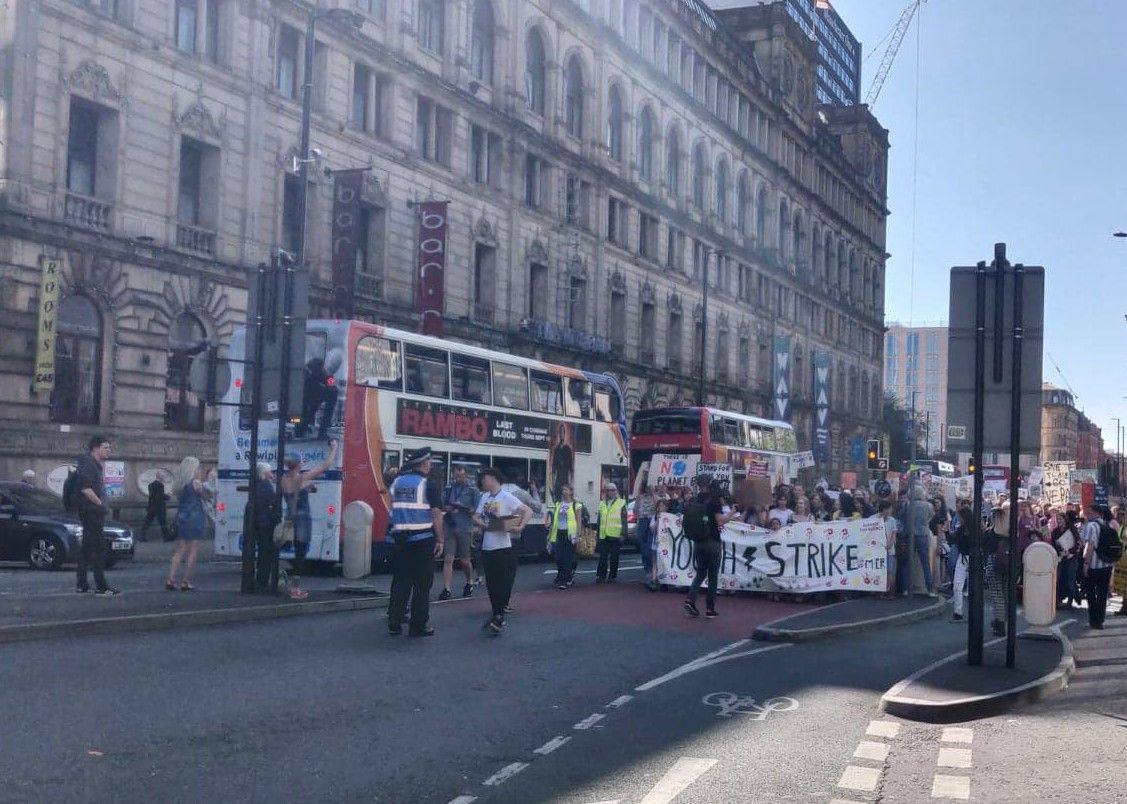 The march, leading along Portland street and down Chancellors road chanted slogans, ranging from the calm "Hey, Ho, Climate change has got to go" to the rather more aggressive "fuck the one percent".

The march arrived at an area of wasteground in New Islington around, due to be converted into a park at about 2pm. There a lie in took place, occupying the space and hoping to reallocate it for greenery.