They were among 30 other UK universities

Yesterday, University of Manchester students were among thirty other UK universities to protest against universities investing in companies supplying arms to Israel.

Students held a protest in front of UoM Students' Union, holding a banner in front of the SU in solidarity with Palestine.

The University of Manchester has invested in the company Caterpillar, which supplies the armoured bulldozers for the Israeli army to demolish Palestinian homes, schools, olive groves and communities. UoM also has links with Technion, an Israeli Institute of Technology.

Today, on the UN Day of Solidarity with Palestinians, KCL Action Palestine responded to the call from Palestinian civil… 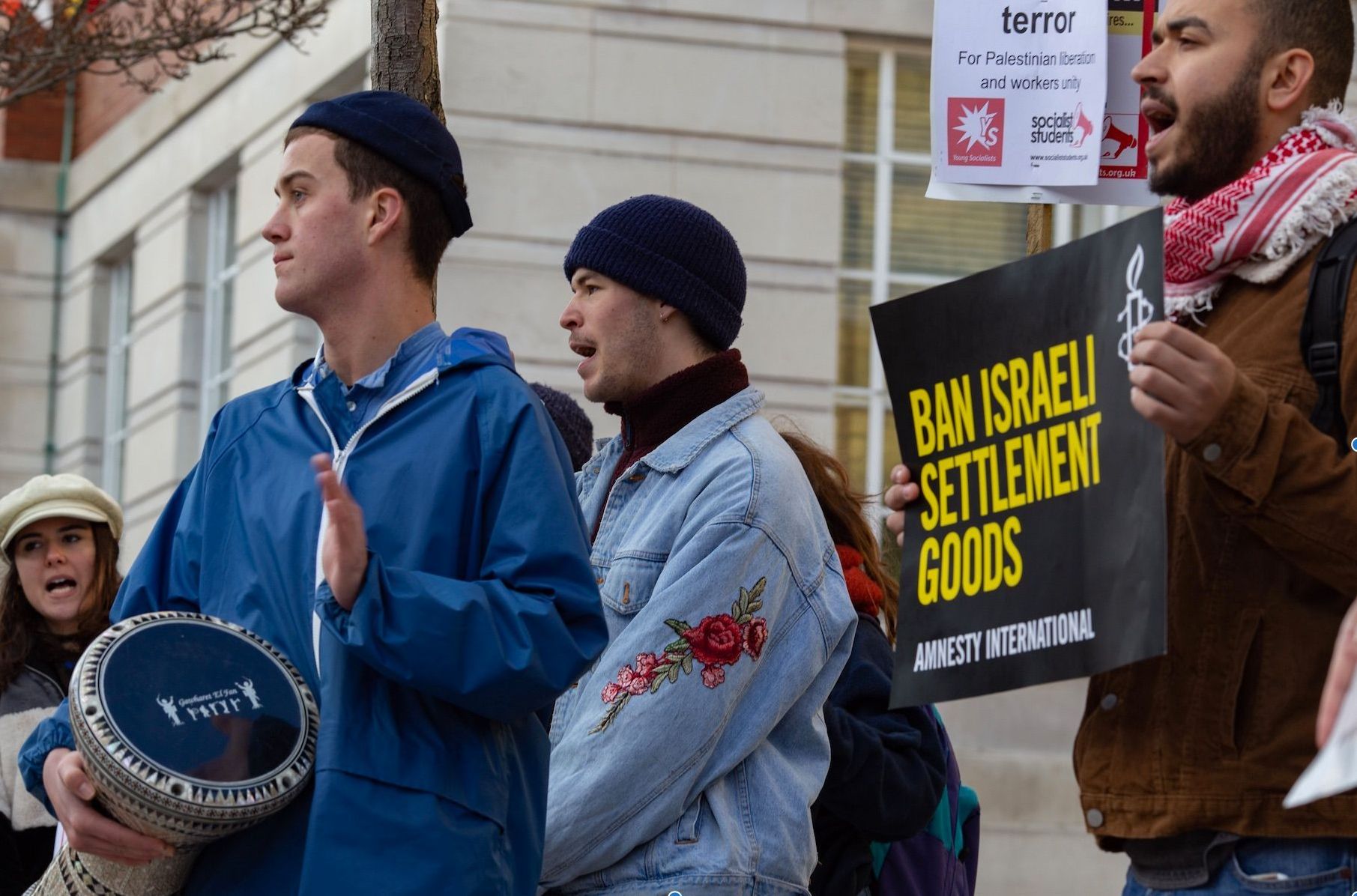 Speaking to The Manchester Tab, Huda Ammori, Campaigns Officer of Palestine Solidarity Campaign, explained why students were protesting: "Despite most institutions holding "social responsibility policies" which often include restrictions on investing in companies who conduct business which leads to human rights violations, UK universities remain deeply complicit with Israel’s crimes against Palestinians.

"In the face of such blatant hypocrisy by UK universities, students are doing vital work holding their institutions to account and demanding they live up to their word."

The national day of action was organised by the by the Palestine Solidarity Campaign Apartheid Off Campus, whose aim is to raise awareness of the links between UK institutions and companies that support Israel.

On campuses across the country, students held rallies, marches and banner drops to protest against universities financing Israel, who they criticise as violating human rights. Other student protesters got more creative, constructing "apartheid walls" and staging mock checkpoints. 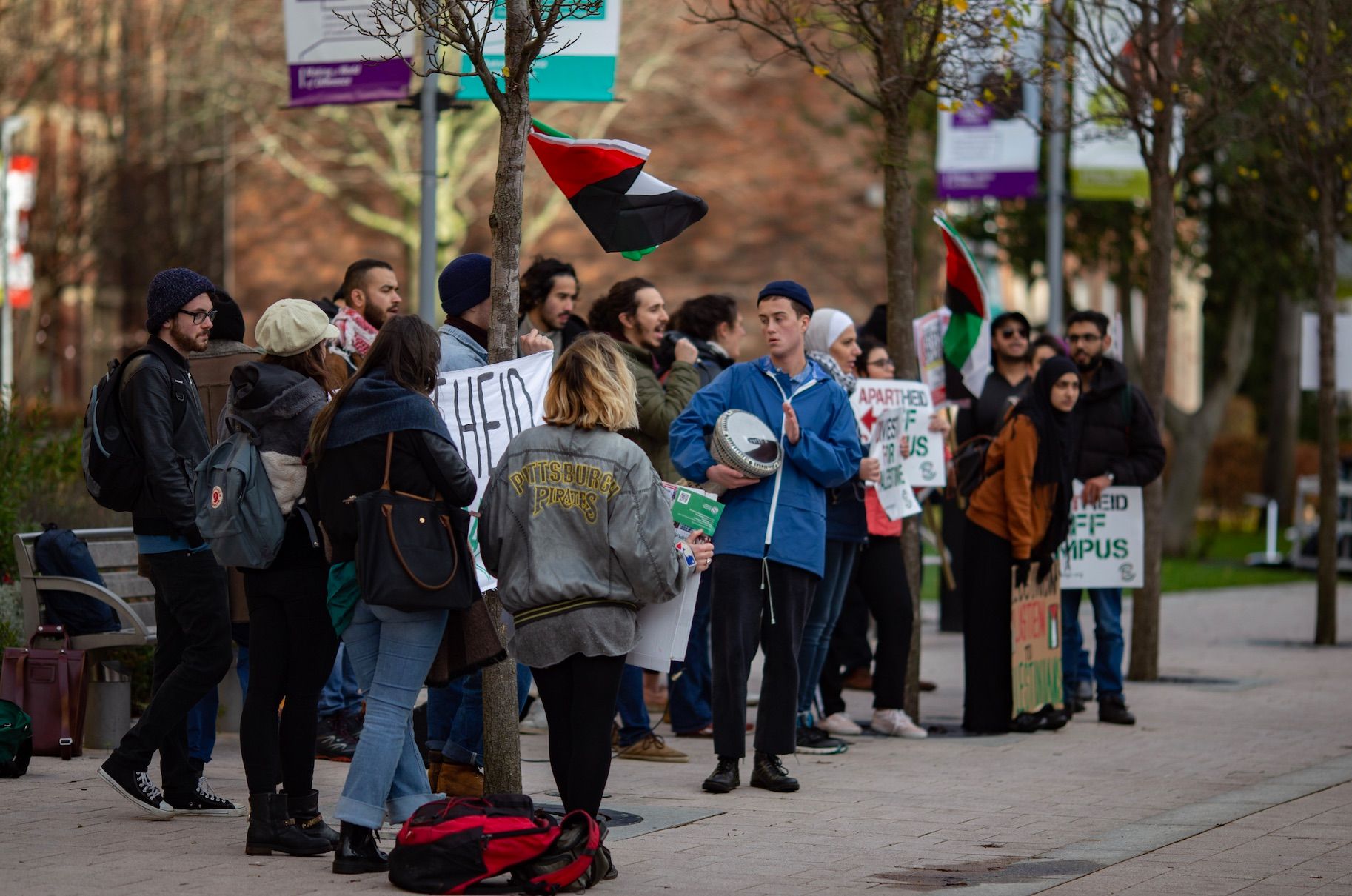 Zobia Shahid, Chair of KCL Action Palestine Society told The Manchester Tab: "We're joining thousands of students across the UK taking action today because we believe students should have a say in the investments and partnerships made by their universities, and we do not want those links to contribute to the ongoing oppression of Palestinian people."