She was hit by a policeman

A Politics student fractured a rib after she was hit by a policeman in a kettle.

Emily was demonstrating at the free education protests on Wednesday when she was caught up in a struggle between police and a group called Class War.

She was at the front of the kettle, and said a policeman hit her in the ribs. 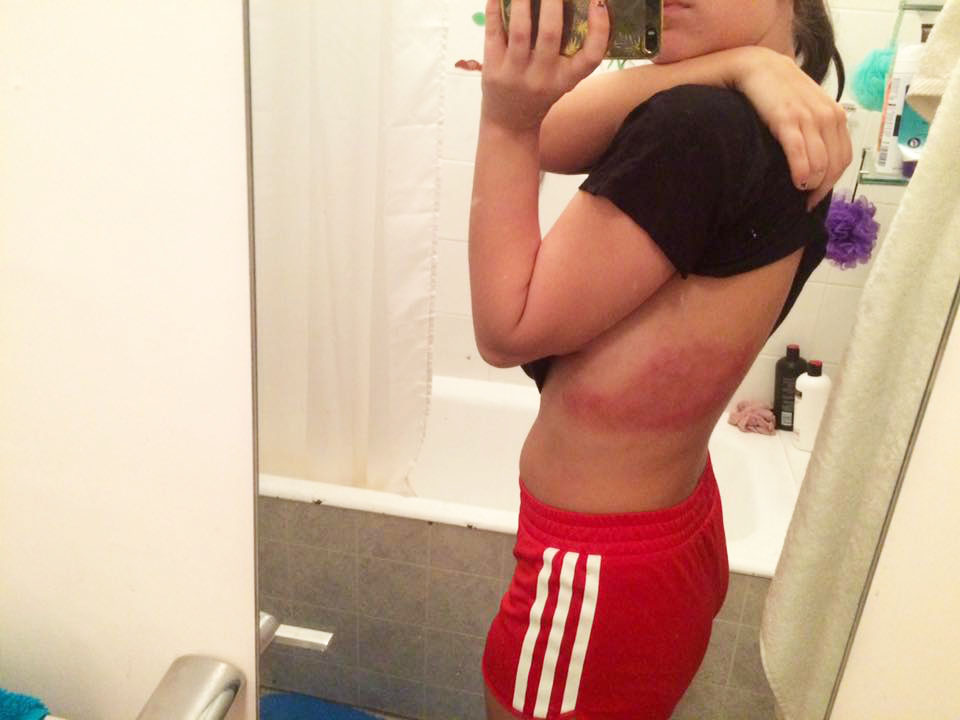 Emily has a fractured rib

The second year told The Tab: “I was stuck in the first kettle outside the CBIS and was caught with the black bloc et al in that one.

“I was pushed over when it broke and hit my head and was trampled, but in the kettle I was at the front and was hit in the ribs by a policeman.”

Emily went to A&E who confirmed her fractured rib and concussion.

She added: “To be honest I think the police were completely heavy-handed and it’s disgusting they felt they had the right to treat protesters in the way they did.

“Everyone spouts stuff like ‘oh they’re here to protect you’ but they looked like they were spoiling for a fight yesterday.”

Although the march started peacefully, a minority turned violent, leading to paint bombs and eggs being hurled at police and reporters, and a scuffle started between Class War members and the police outside the Department for Business and Skills. 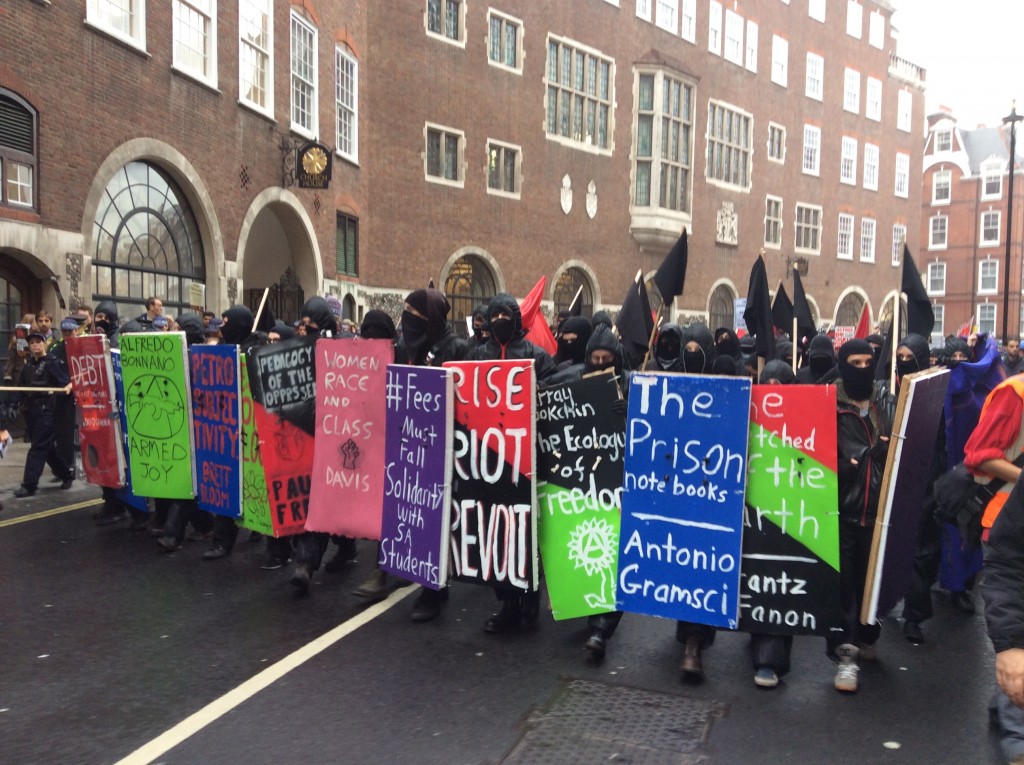 The Metropolitan Police released a statement which said: “A small number of smoke bombs and eggs were thrown at police outside BIS.

“A cordon was put in place across Victoria Street at the junction with Dacre Street, SW1 to prevent disorder. There was no containment in place.”