Why ignore the elections? UCLU is for everyone

UCLU means a lot more than paninis and cheap pints, and not voting shouldn’t be an option.

Election season has swung round again, and it’s remarkable how apathetic people are towards a union that is endowed with resources, influence and people that are more than enough to improve our student experience for the better. In our grim post-Clegg world, not playing a part in shaping the future of Higher Education is not only willingly stupid, but dangerous. 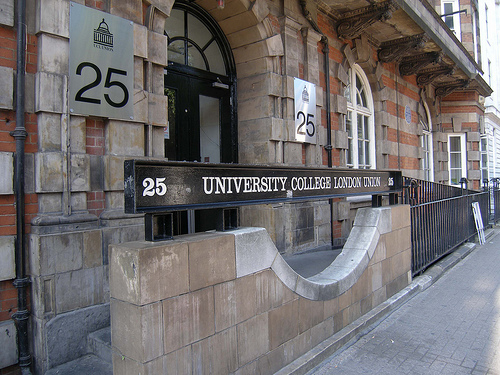 Although often it doesn’t seem like it – only 36 people turned up to the Union’s Welcome General Assembly, the turnout in the elections in autumn was a calculator-destroying 4%, and a number of positions this time around have only one, or in some cases, no candidate standing for them – a democratic union is something we should be thankful for.

The University of London have set a dangerous precedent by pushing ahead with plans to close down ULU without consulting its students – the people to whom it belongs. They cited a low turnout of 1-2.5% in elections as justifying this, and it’s probably true that Michael Chessum, Dan Cooper and their fellow sabbs don’t always act in a way that’s fully representative of student opinion – Poppygate and recent protests spring to mind. Beth Sutton, UCLU Women’s Officer, has courted similar controversy during her tenure, be it for shouting down George Galloway for alleged rape apologism or for clashing with police.

Despite these actions not being to everyone’s taste, it’s important to remember that student politicians do things not for the sake of making noise, but because they care – about vulnerable members and oppressed minority groups amongst our student body, as well as everyone else, that need all the support they can get. That certainly can’t be said for the suits running UCL, whose foremost concern is running their business, and not looking out for us. It’s hard to imagine anyone willingly giving the thumbs-up to getting rid of democracy on campus and handing the reins to people who make deals with dictators, close our facilities on a whim, and, in all likelihood, sooner outsource our lectures to a Twitter feed run by McDonald’s than pay academics a decent wage. The union isn’t perfect, but at least it’s democratic and run by students, and not top-down and faceless.

The sad truth is that when you go to ULU on a Friday, or when you get leathered at Phineas on Sportsnite, or get a coffee from the Bloomsbury, and then write off the elections as useless and a chance for politicos to stroke one another’s egos, then you have no right to complain.

We’re all guilty of it – I know I am, as someone who referred to student politics in a Tab article as a ‘leftie wankfest’. Regardless of how it seems the union is ours, and it is not a cesspit of platitude and vapid idealism. Student politicians can’t tell what the prevailing mood is unless you tell them, and the prevailing mood is yours to dictate. Don’t write them off, engage with them, read their leaflets, because chances are, you’ll probably agree with them. And if you don’t? RON them to fuckery, stand for election, but don’t not vote. Not voting is the worst thing you can do. It is your union, it is everyone’s union, and those are everyone’s £1.80 pints.

Voting for next years’ officers in UCLU’s Spring Elections is open until 10am on Friday.