On Friday 20th September the streets of Liverpool were taken over by protesters marching as part of the Global Climate Strike. The event was organised by YouthStrike4Climate with representatives from Extinction Rebellion, Unison, the Green Party and UCU.

The organisers estimated that around 2000 people took part in the demonstration, and the Liverpool Tab trawled the crowds to find the best of their signs, ranging from hilarious memes to grave statistics.

For the full scoop, be sure to head over to our Instagram story highlights, but here are our fave signs from some very cool protesters: 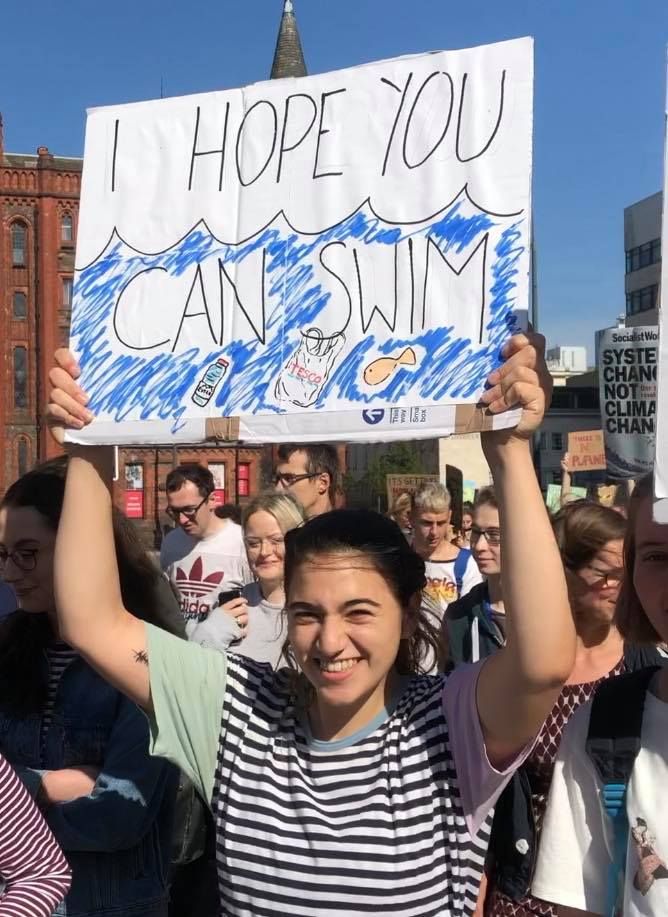 'Cuz soon every building will be beachfront property 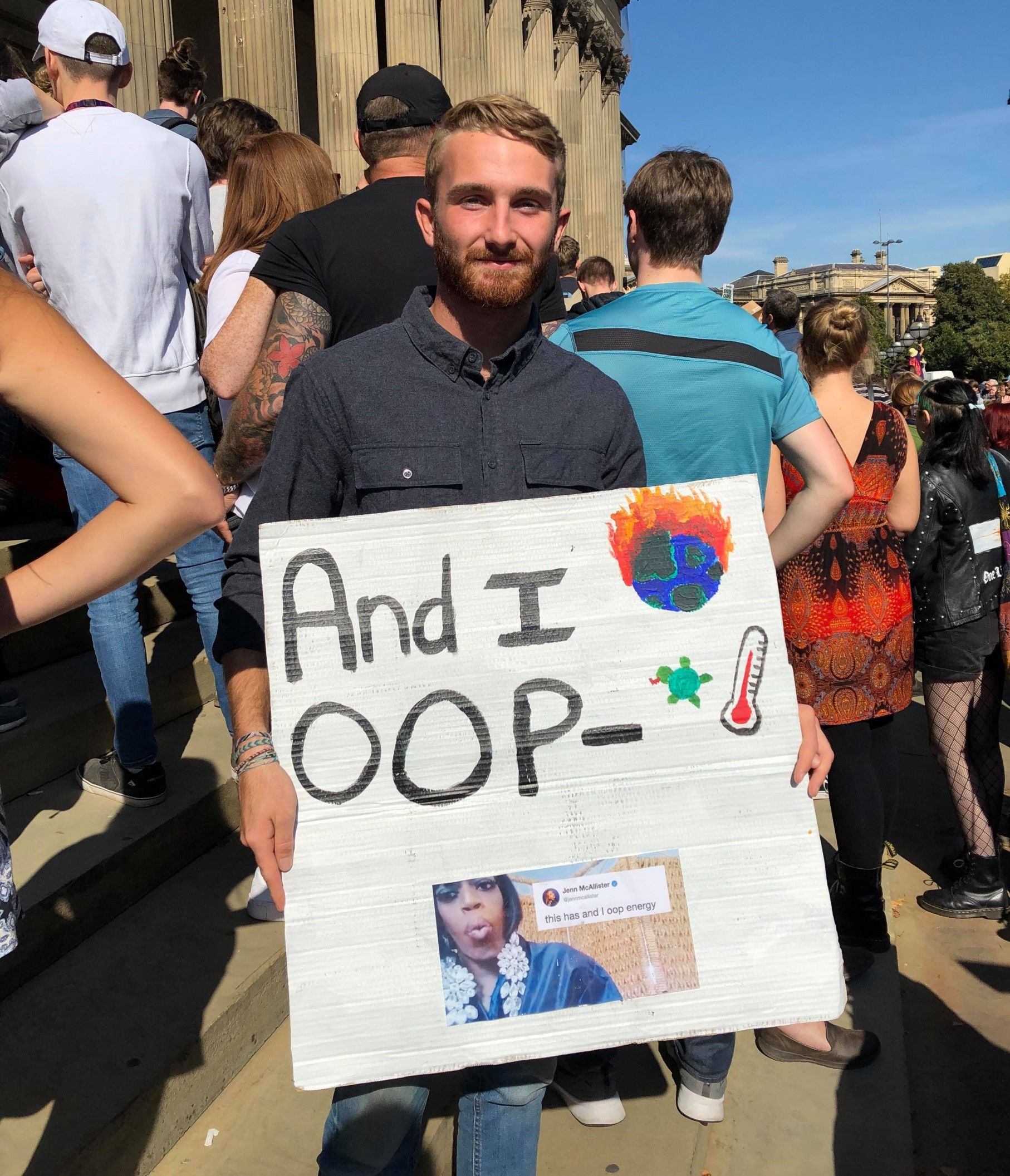 She's Jasmine Masters and she has something to say: save the planet 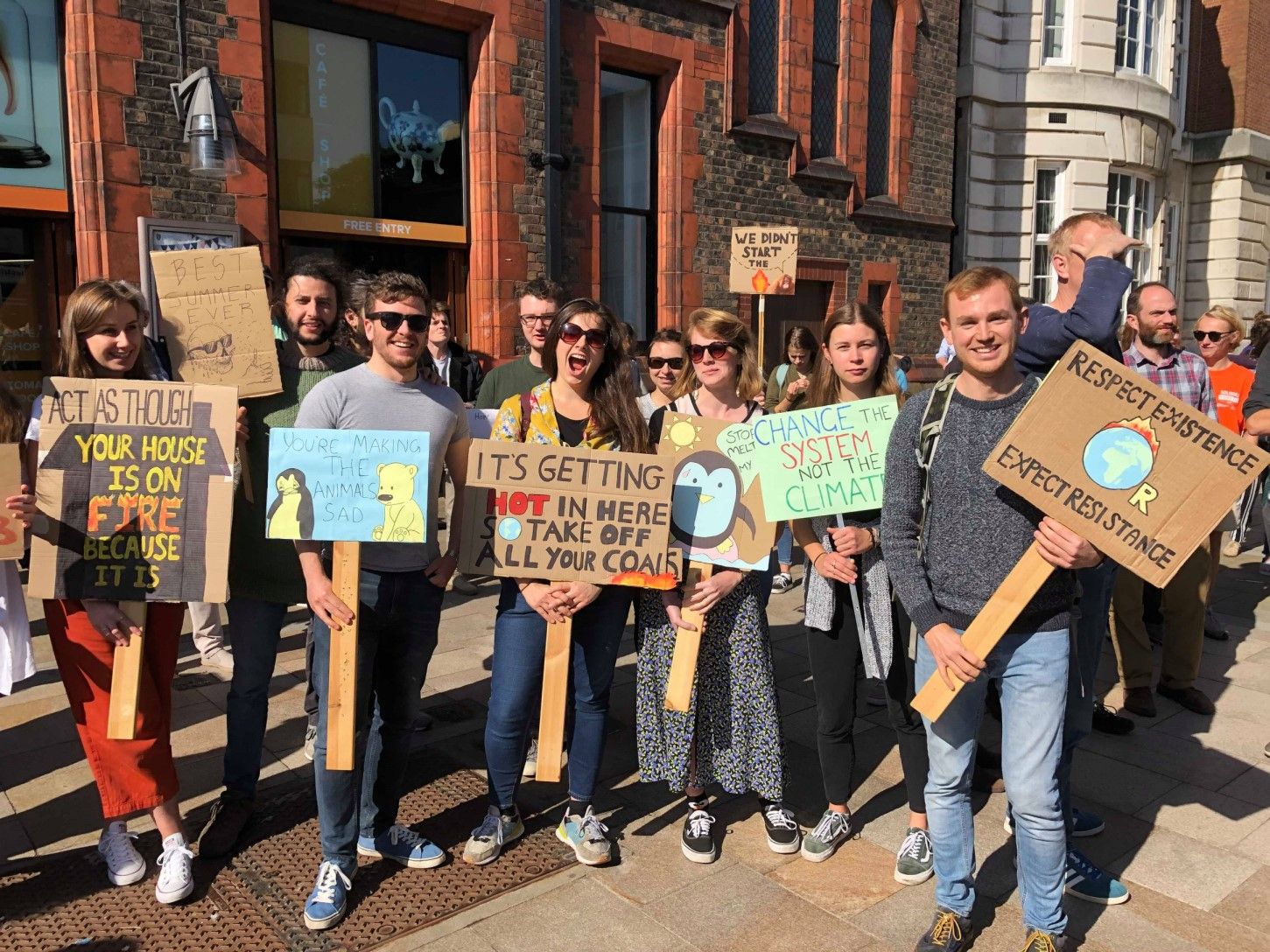 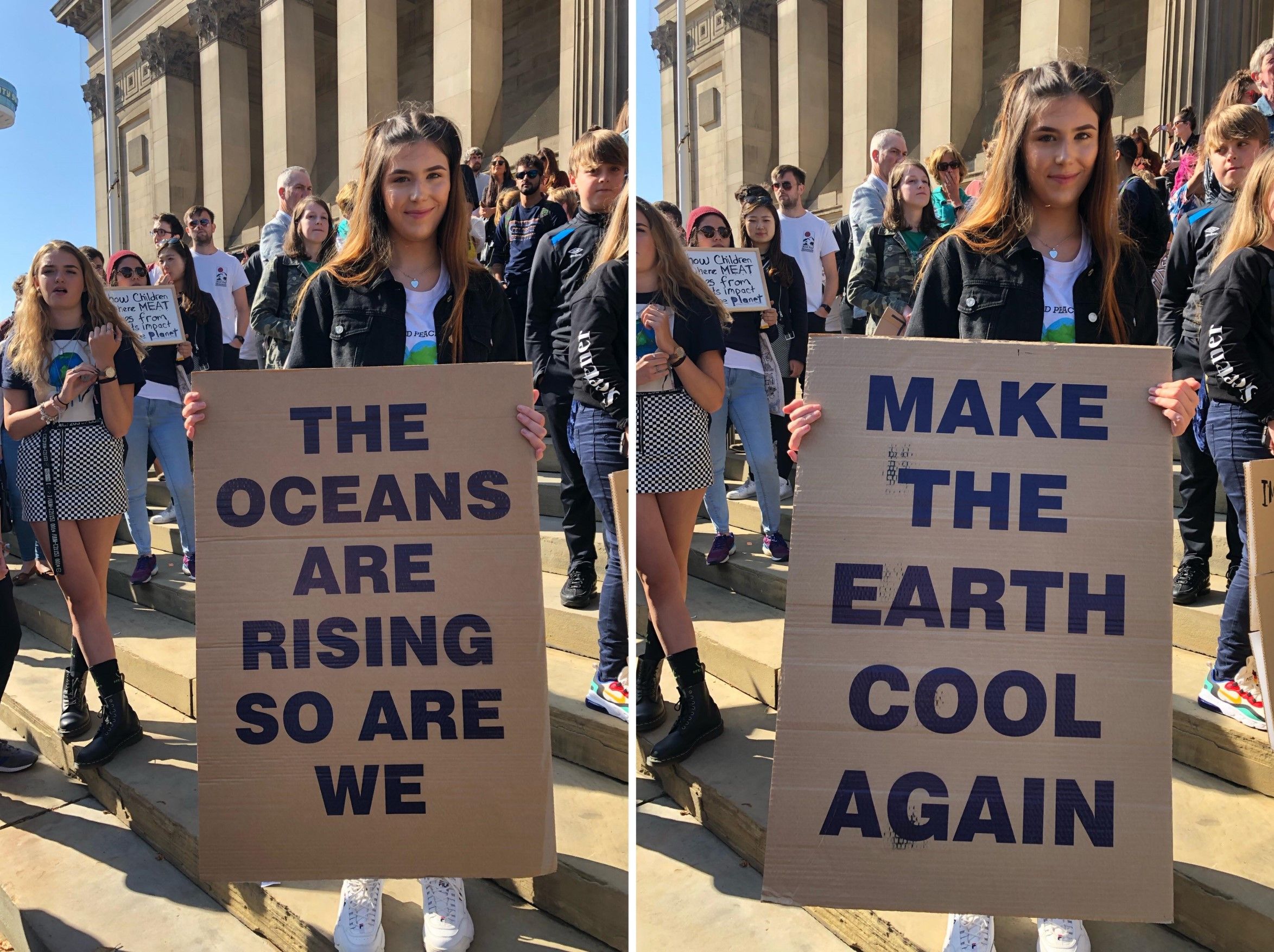 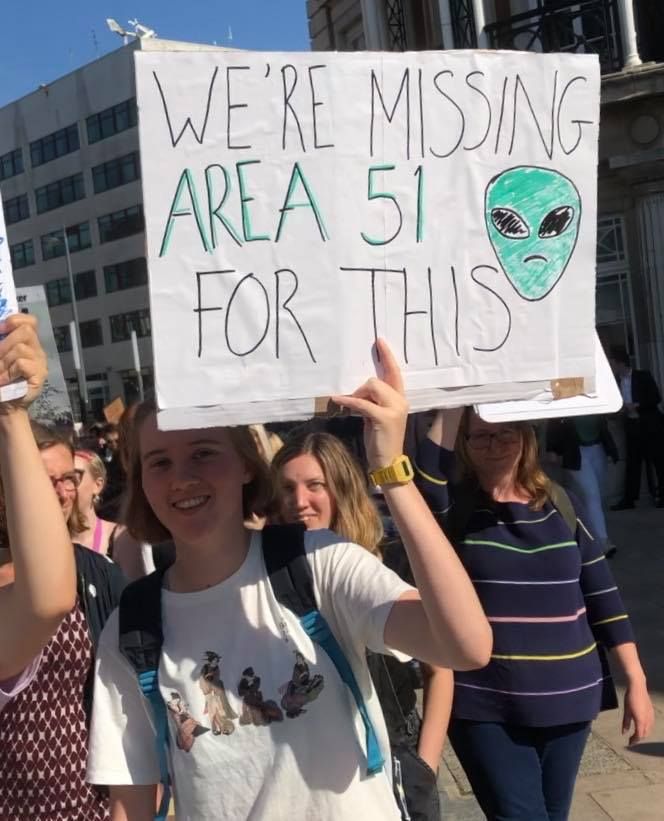 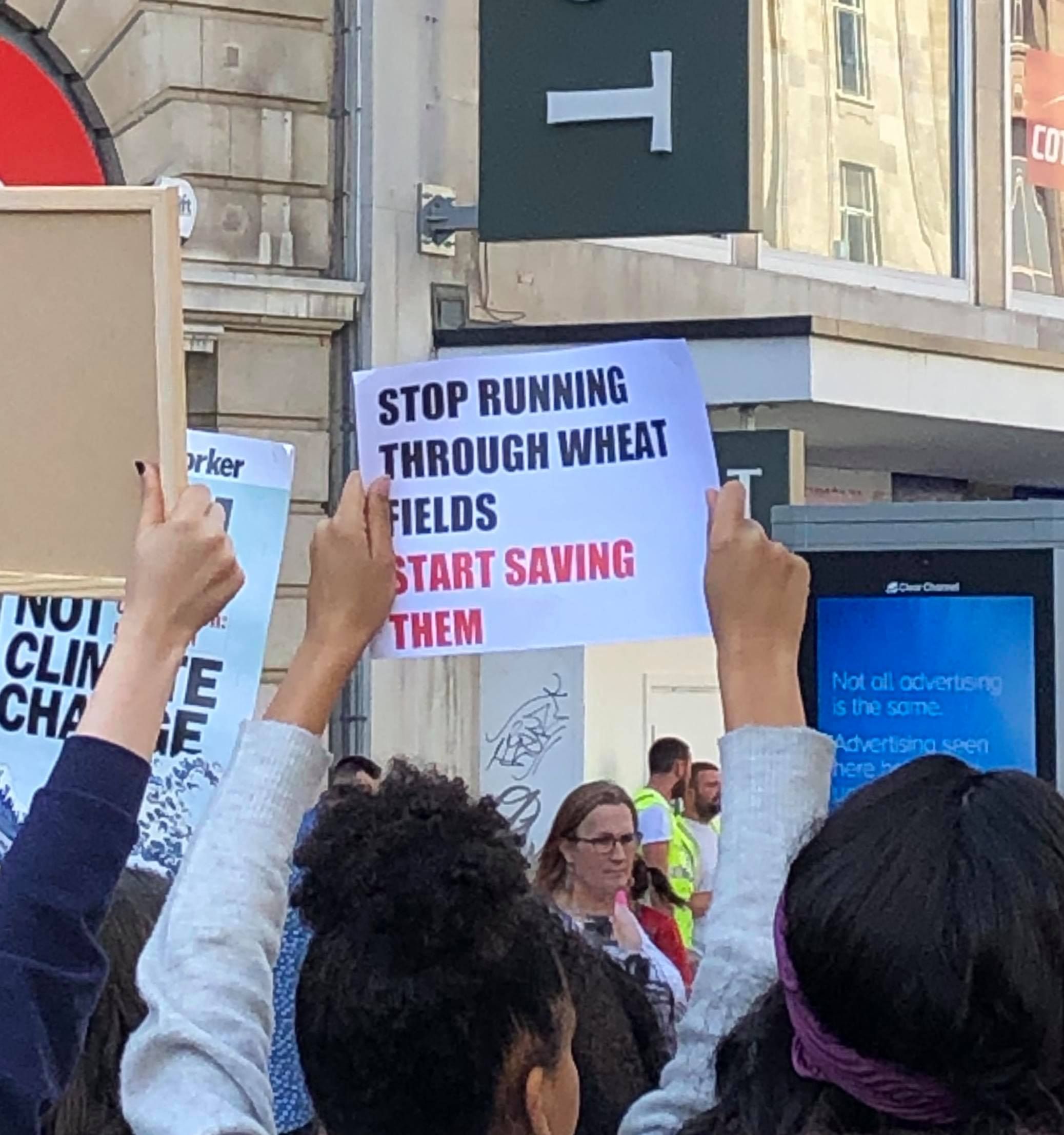 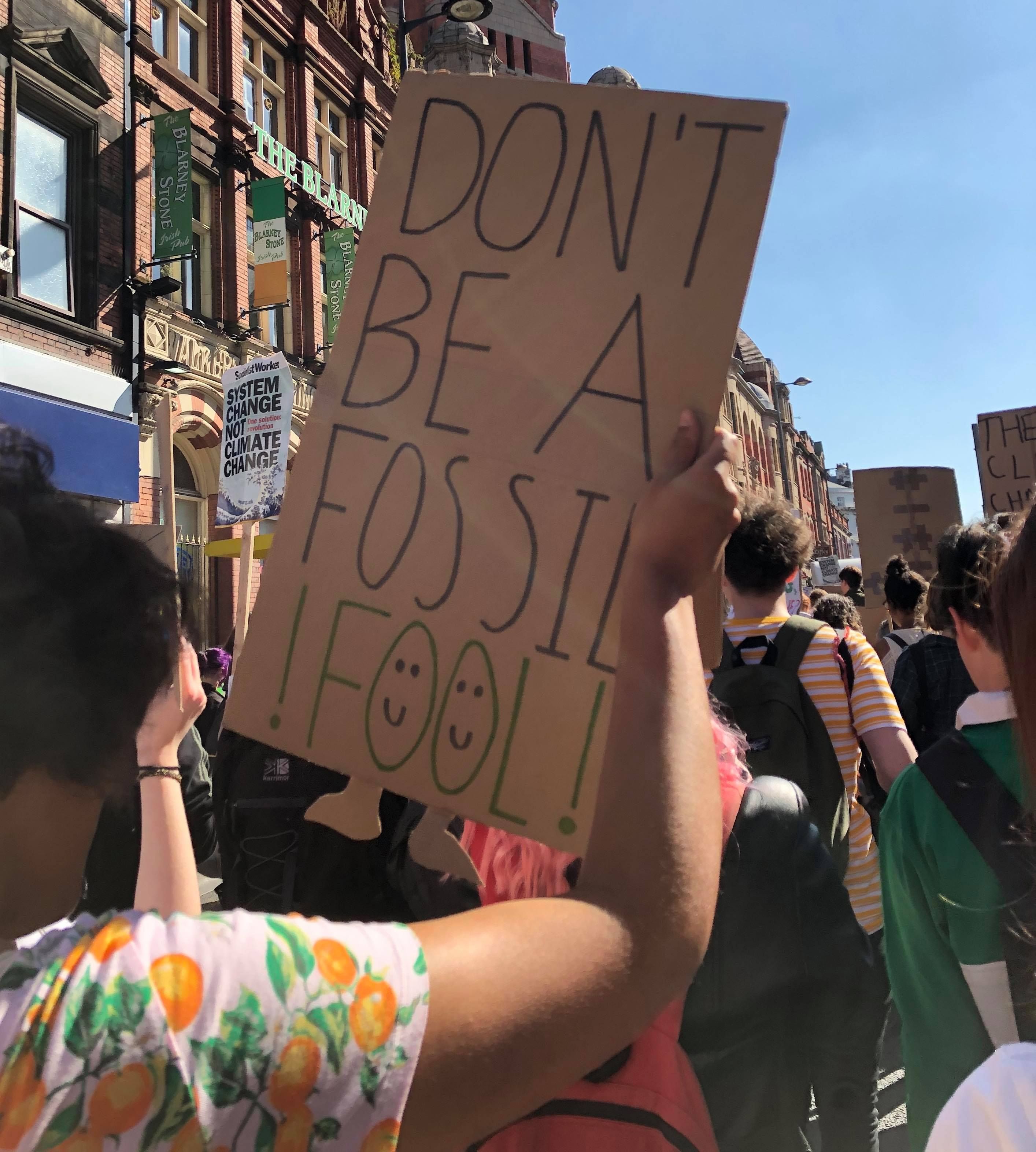 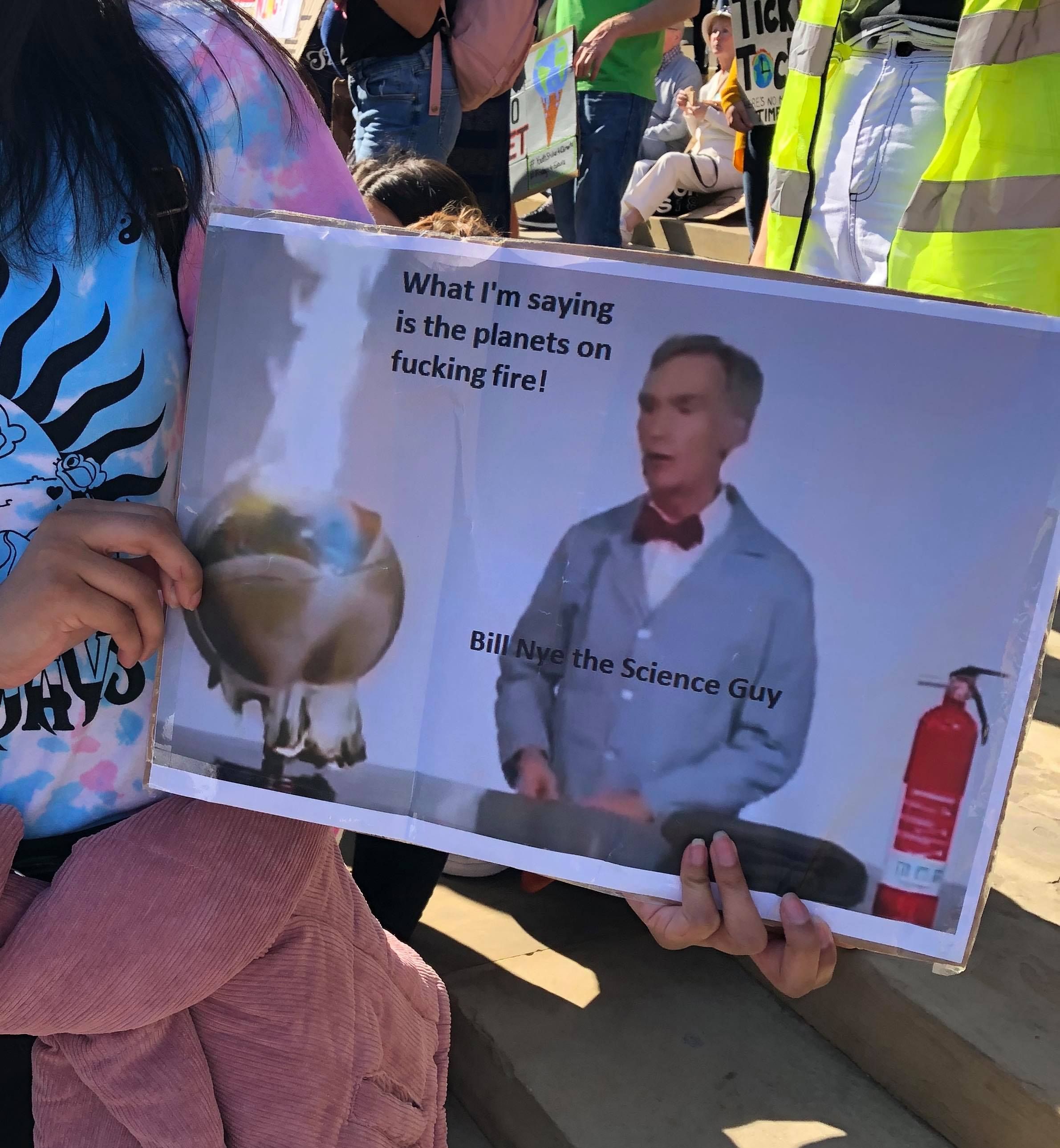 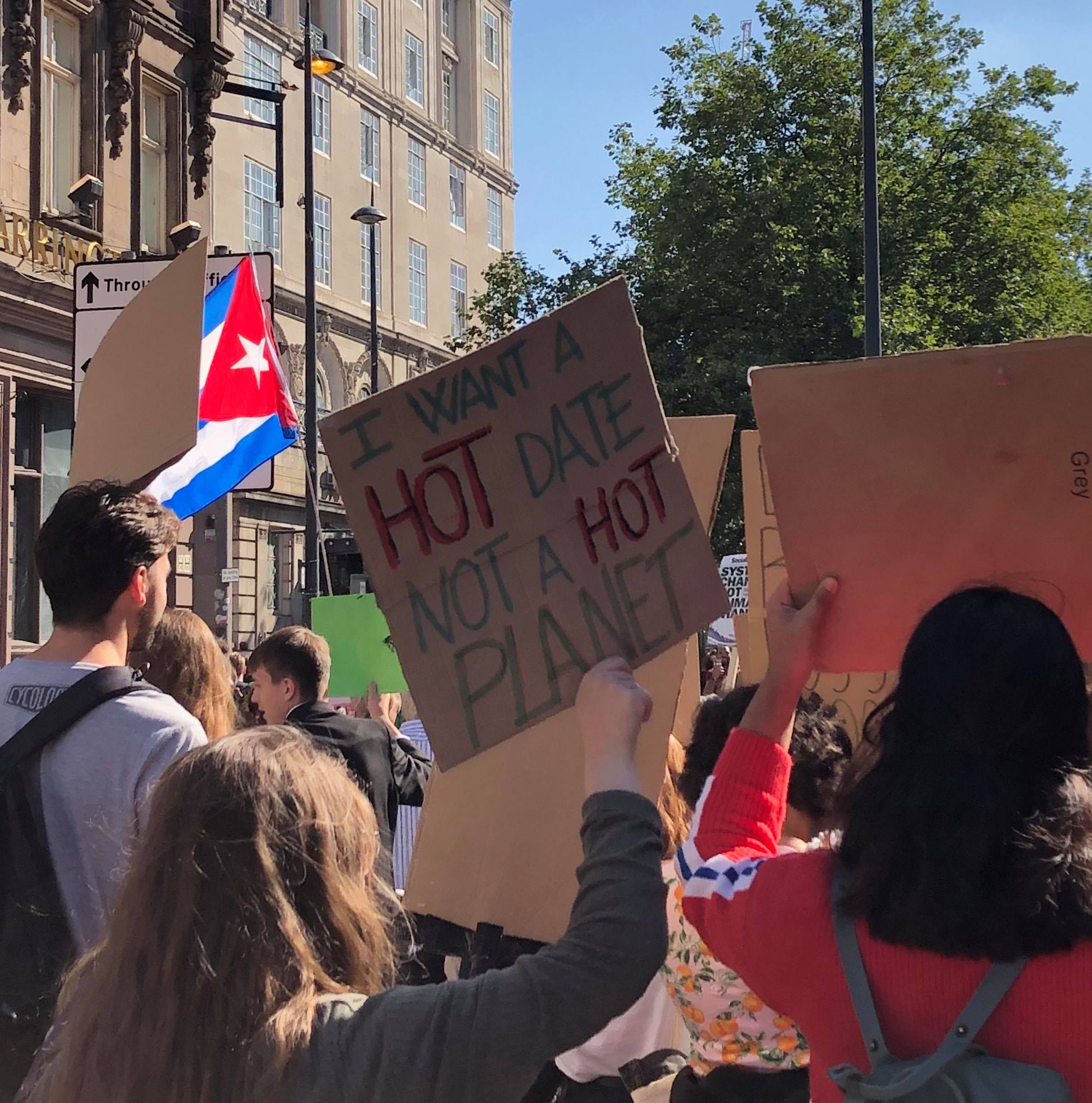 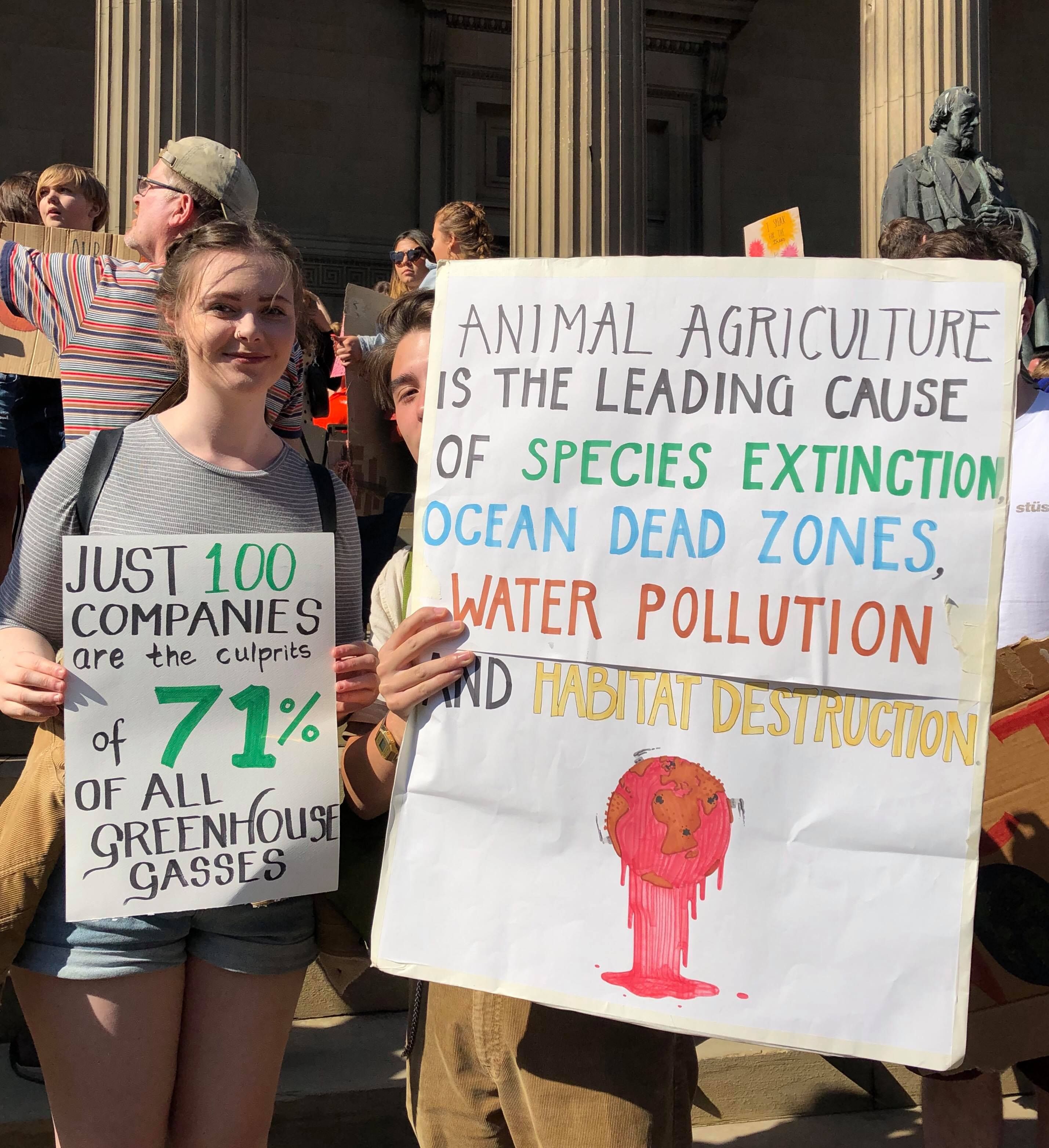 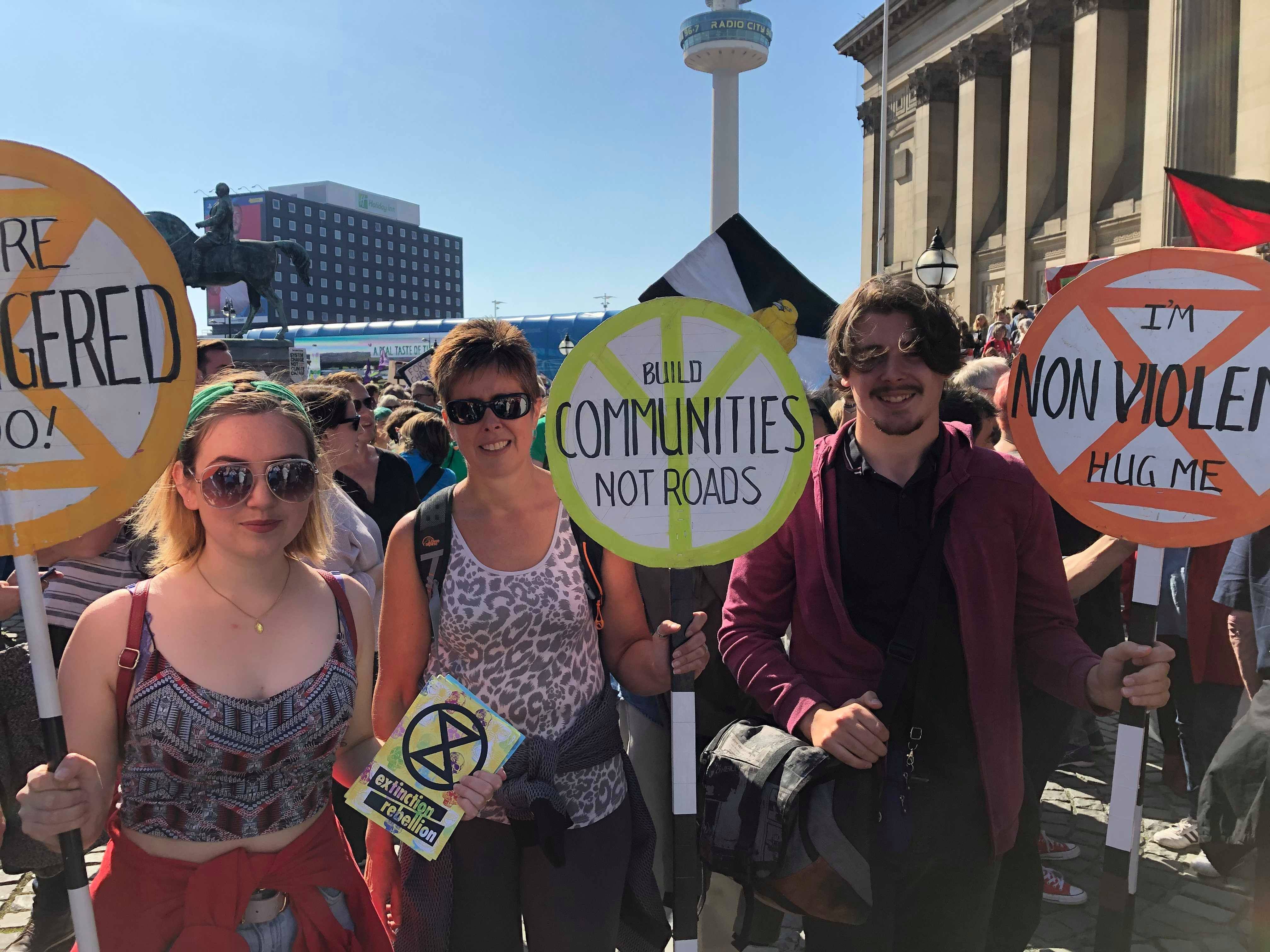 If you have a banging idea for a sign and missed out on today's strike, keep an eye out for international strikes organised by Extinction Rebellion that will be taking place from 7th October.