They said ‘we uphold the principle of free speech’

Lincoln University have defended a lecturer who tweeted Islamophobic and anti-feminist tweets, including one which said "terror attacks were carried out by Muslims because of Islam".

Between 2012-2018 Michael Blackburn, who teaches English at Lincoln University, tweeted a series of Islamophobic and anti-feminist tweets. One said: “If the left hadn’t told me the EDL were the real threat I would have carried on thinking it was machete-wielding, Koran-quoting Muslims.” 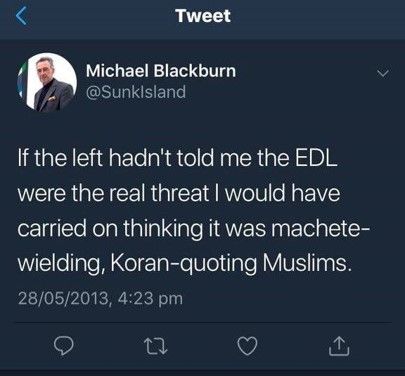 In another tweet, sent in June of 2012, Blackburn said: "Thank God all those papers going on about patriarchy and the oppression of women are out the way for another year." 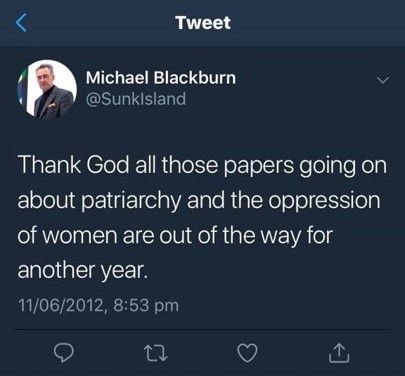 More recently in 2017, the English lecturer said: "I know the media haven't told us but I suspect these terror attacks were carried out by Muslims because of Islam." 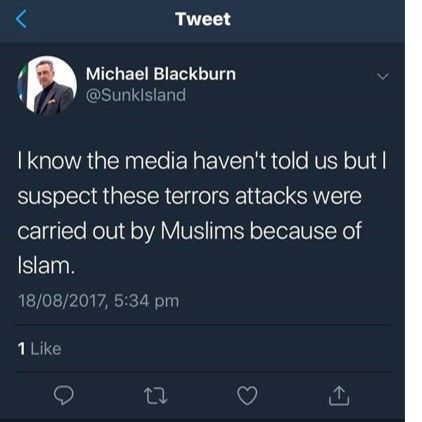 Blackburn is a poet and writer. He is a columnist for The Fortnightly Review, an online magazine and is a regular on Siren Radio’s Inspired On Air programme. He is also the English Admissions Tutor for Lincoln and manages social media for his department.

Before we started investigation into this incident, Blackburn's Twitter account (@SunkIsland) was still available to view, however he has since deactivated it.

In response to the tweets, Lincoln University defended Blackburn on the grounds of freedom of speech, emphasising they "recognise individuals’ rights to hold different beliefs and views", and that the ability to "speak freely and to explore ideas is fundamental to the idea of a university."

A University of Lincoln spokesperson said: “We cannot comment on complaints made against individual members of staff. As a University we have a commitment to equality and diversity, and we treat each other with dignity and respect.

"Equally, we recognise individuals’ rights to hold different beliefs and views. We uphold the principle of free speech exercised responsibly within the law in all our activities; the right to think and speak freely and to explore ideas is fundamental to the idea of a university." 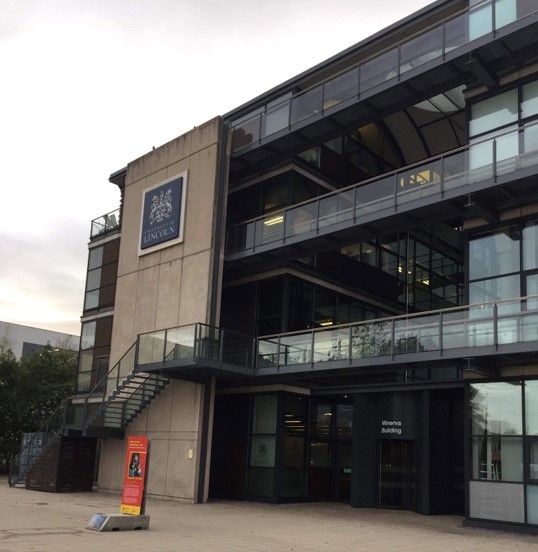 Lincoln University provided us with a statement

They continued: “Upholding academic freedom and respecting the views of others are joint commitments shared by all members of the university and we have a clear Code of Practice on the Freedom of Speech, which is designed to ensure that freedom of speech within the law is secured for all staff, students and visiting speakers.”

Mollie, an English student at Lincoln, said: "I think the tweets are completely unacceptable, especially given his position as an influencer to younger generations.

"The university’s unwillingness to do anything about his attitude is hurtful because it almost normalises this behaviour, but I do understand that they are in a difficult position."

When The Lincoln Tab approached Michael Blackburn for a comment, he declined.

Want to write for The Tab Lincoln? Click here