See EU later: How to throw the best Brexit party

Party as in shindig, not as in Brexit Party

It's finally happening. The HMS Britain, steered by the half-drunk Captain Johnson, and crewed by First Mate Jacob "I came out the womb sipping on a glass of brandy" Rees-Mogg, is at last leaving the port of the EU.

The bunting is up, the crowds are roaring, and the passengers are jubilant. Even those that enjoyed weighing anchor in the EU are happy that, if nothing else, at sea they might be able to push First Mate Mogg overboard.

And what roaring celebration at sea would be complete without a party? Both Leave and Remain are going to party like it's Gatsby with enough ketamine to put down Joanna Lumley, so we at The Tab Lancaster have endeavoured to make sure that you have the perfect guide to a night that, for better or worse, you're never going to forget about. So sit back and relax as we show you how to throw the Best Brexit Bash.

Fancy dress is an absolute must 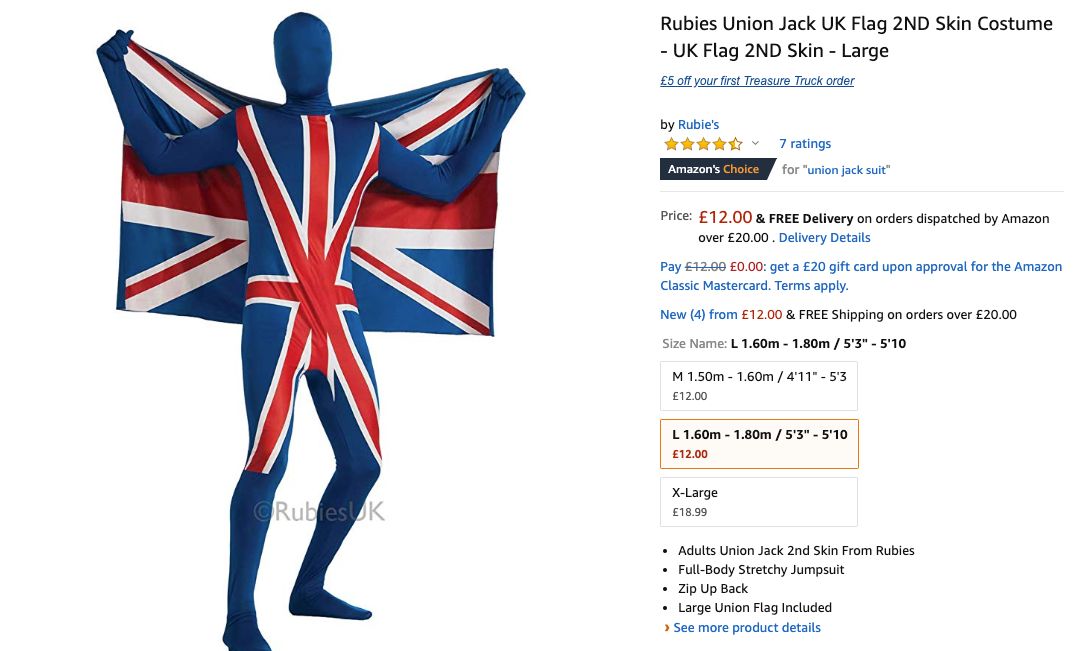 For the ample price of twelve British pounds. Get it while that currency is still worth anything!

A Brexit bash without fancy dress might as well just be a post Millwall Spoons sesh, where Gary complains about Belgian beer, and Barry moans about "the bloody Spanish stealing all my fish." With fancy dress however, the possibilities are endless.

Why not dress up as Jeremy Corbyn, drinking alone in the corner while your friends crowd around and ask you questions about Palestine while you break down and cry? Why not dress up as Nigel Farage and start drinking at 10am? Why not dress up as David Cameron and spend the night watching THAT episode of Black Mirror with an uncomfortable amount of heavy breathing? Better yet, dress up as the Queen and repeatedly bitch slap Boris Johnson for lying to you, or come dressed as the Brexit Battle Bus in all of its "£350 million" bullshittery glory. 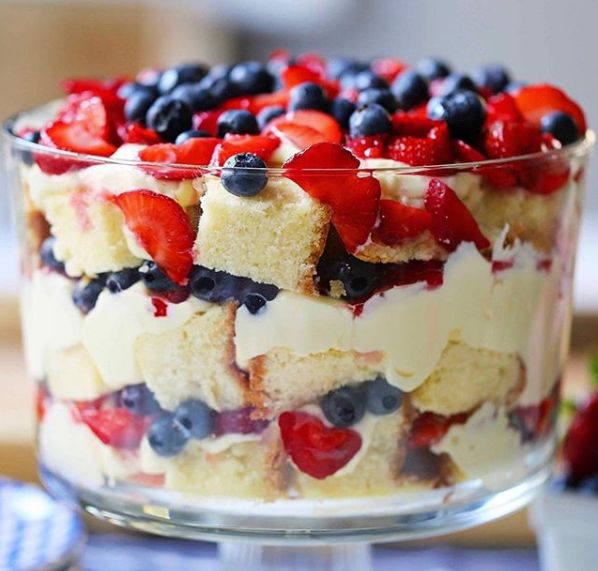 The catering at a Brexit party must be well thought out, sensible and above all, BRITISH. You don't want battenberg? You'll be deported in the morning, you leftist cuck. Not a fan of fish and chips? You can jolly well bugger off to Rhodesia, you depraved lunatic. Asking where the kale is? There is no faster way to ensure you are drowned in the fat of the bacon butties, you puffed-up popinjay.

Lay down the Law on the Playlist 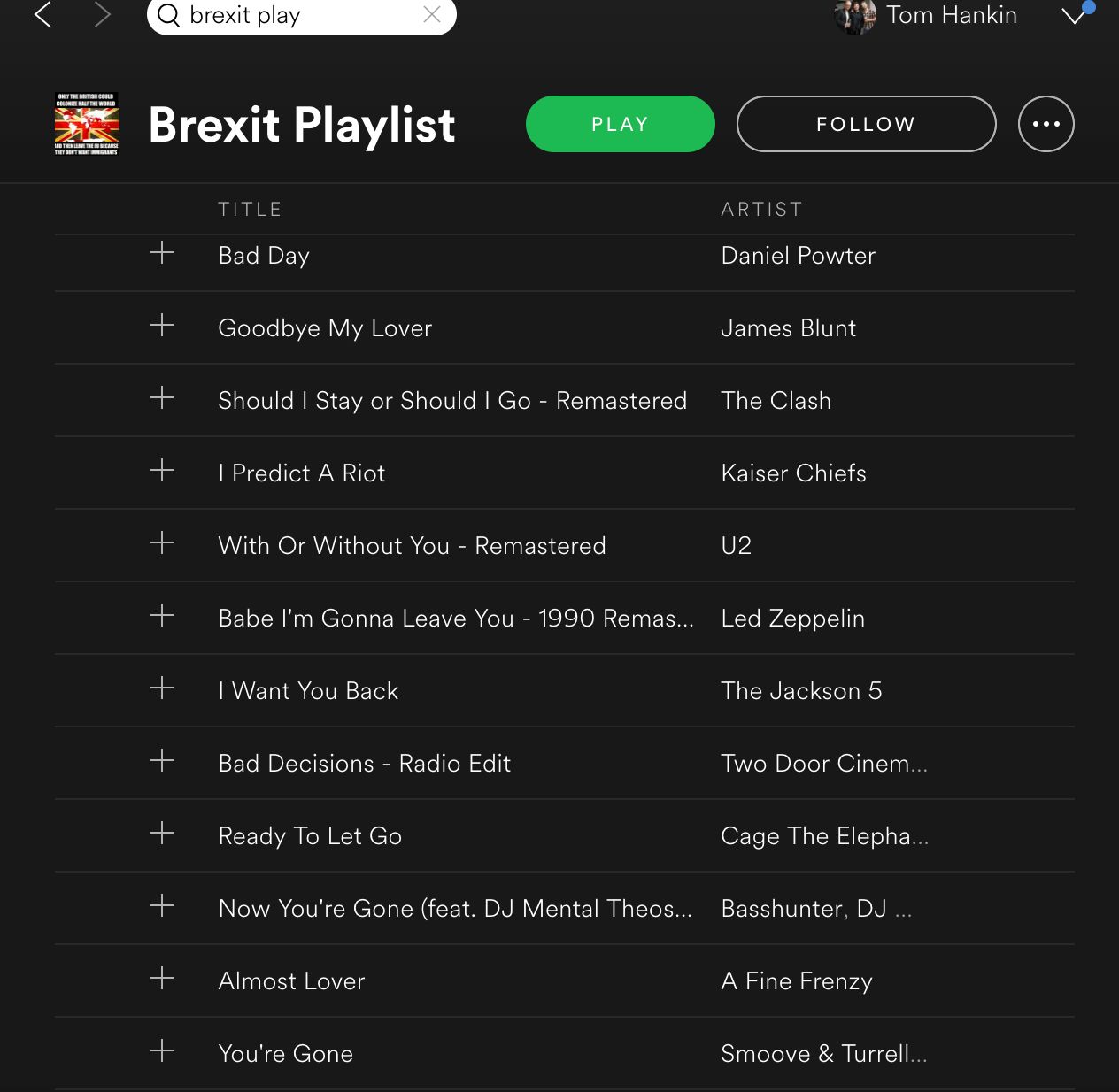 TAKE BACK CONTROL OF OUR JAMES BLUNT

So long as your party planner can run said party with a modicum of success (that's Theresa May and Michael Barrymore out of the window), then they should've curated an absolute corker of a playlist.

With stomping anthems like "I Predict a Riot" for the Brexiteers, and with the sad melancholy of James Blunt and Cage the Elephant for the Remainers, a good Brexit playlist is sure to hit both Leavers and Remainers.

There's only one true way to celebrate, and that is to channel the Stella Artois-soaked Brexit vitriol into every aspect of your party.

Don't invite any neighbours from the next street, or moan about the party online to your friends while ever-so-helpfully signing petition after petition. Divide the dance floor into the two competing stereotypes. The "Brexit Barrys" in their egg-stained vests, while the high-minded "Liberal Elite" oozes from every pore as they sip their French wine.

Flirt with someone who catches your eye. Prepare to leave the single market.

As Sinead O' Connor wisely said: 'Nothing Compares to EU'

With those pearls of wisdom dispensed, our Brexit guide comes to an end. Whether you think it's a load of Brexshit (final nail in the coffin, we promise) or the proverbial dogs bollocks, we hope we've been able to point you towards a Brexit party you won't ever forget.