‘We are just girls who want to fight for equality’

Lingerie Football League UK is a new organisation that has caused quite a stir in the media and football world with it’s daring attempts to transform the game for female players. The team has high hopes to fill out stadiums for women’s football matches in the same way that we see in the elite men’s football games and demolishing the huge gender wage gap in the process. The Lingerie Football League UK also prides itself for promoting body confidence and fitness among women. The team of strong-willed, passionate football players demonstrate unbreakable team ethic and an enthusiastic ‘we can do it’ attitude. 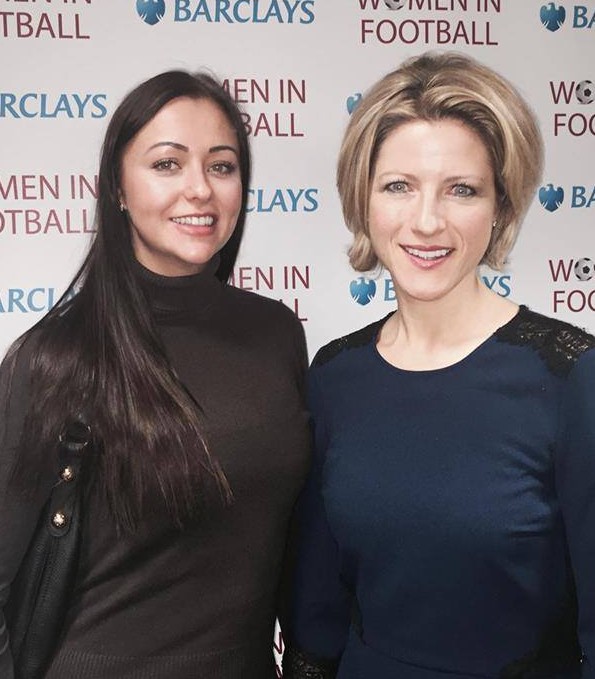 Gemma, left, at the Woman in football event at the Premier League

I spoke to the founder of Lingerie Football League UK, Gemma Hughes, about her experience as an activist for equality within women’s football and to find out what’s in store for the girls in the future. 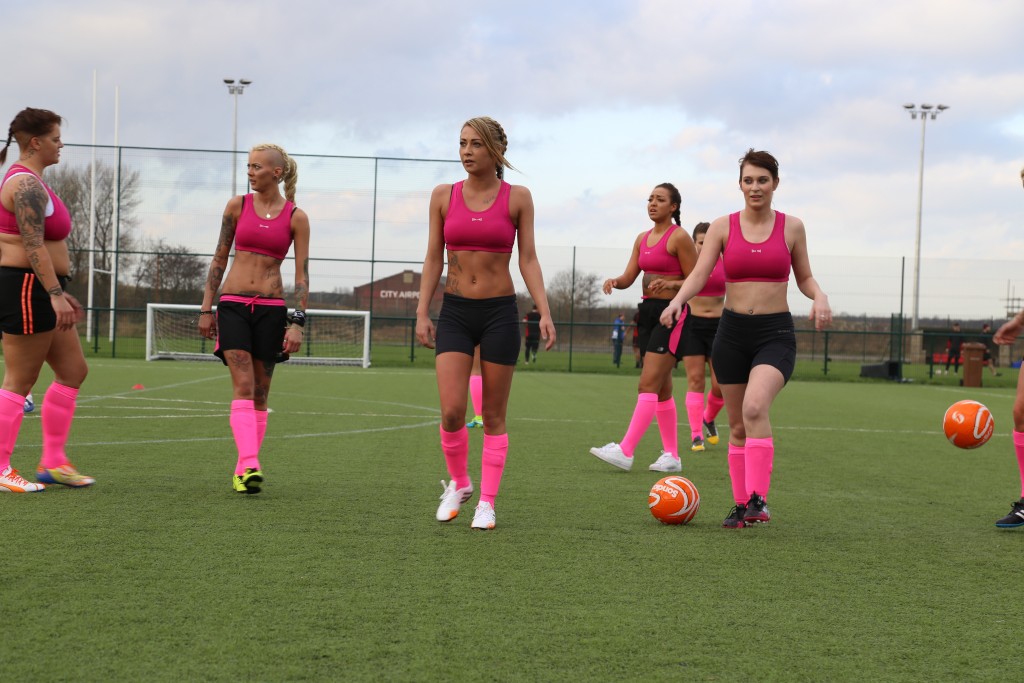 How would you describe Lingerie Football League UK?

Lingerie Football League UK is a new organisation made up of extremely ambitious, dedicated women playing football whilst fighting for gender equality. We pride ourselves on being role models for the younger generation as we are strong and fit, not soft and weak. We have real passion for football, we train properly and play good football.

What inspired you to create the team?

I want change in my lifetime, I want to see equality in the nation’s favourite sport in my lifetime, and so, I decided to bring about a football revolution in the United Kingdom, by playing in lingerie. We will increase public interest in women’s football so that women’s teams can play to packed stadiums, just like the elite men’s football teams.

How did you turn your idea into a reality?

I believe I’m an activist. I put my life savings into Lingerie Football League UK because gender equality is what we will all fight for. It’s what keeps me awake at night. 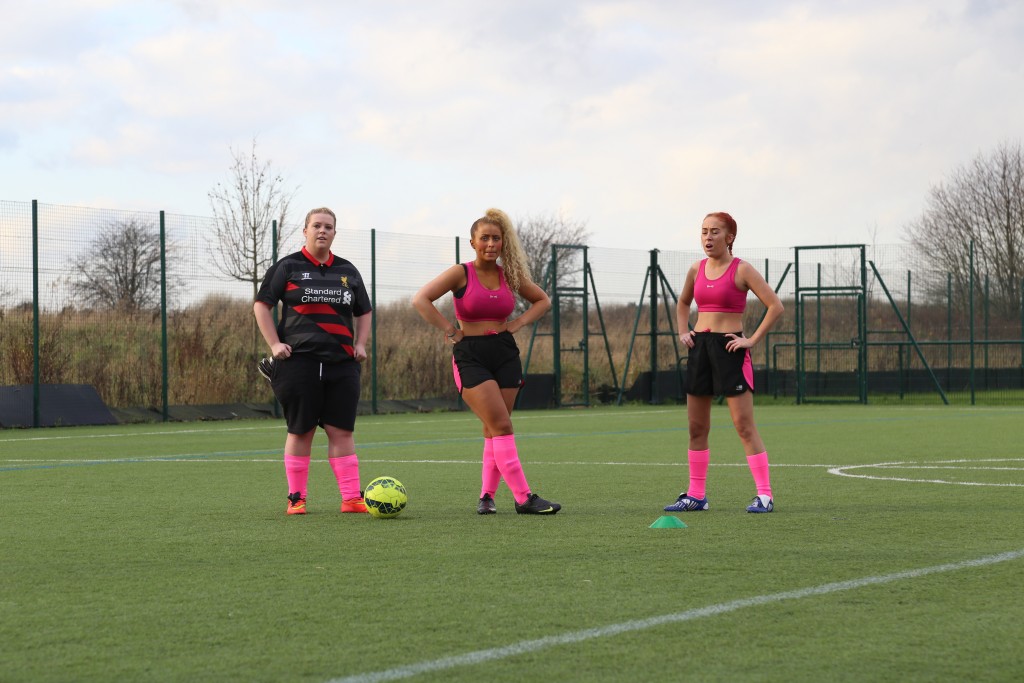 Do you have any advice for other young activists who aspire to do something similar?

In my instance, tackling gender equality requires game changing behaviour and I believe that is what lingerie football league UK is doing. The best advice I received to achieve my goals is to take action before you know too much. Make a change. Help people. Be forward thinking. Do what you love and you will never have to work a day in your life. 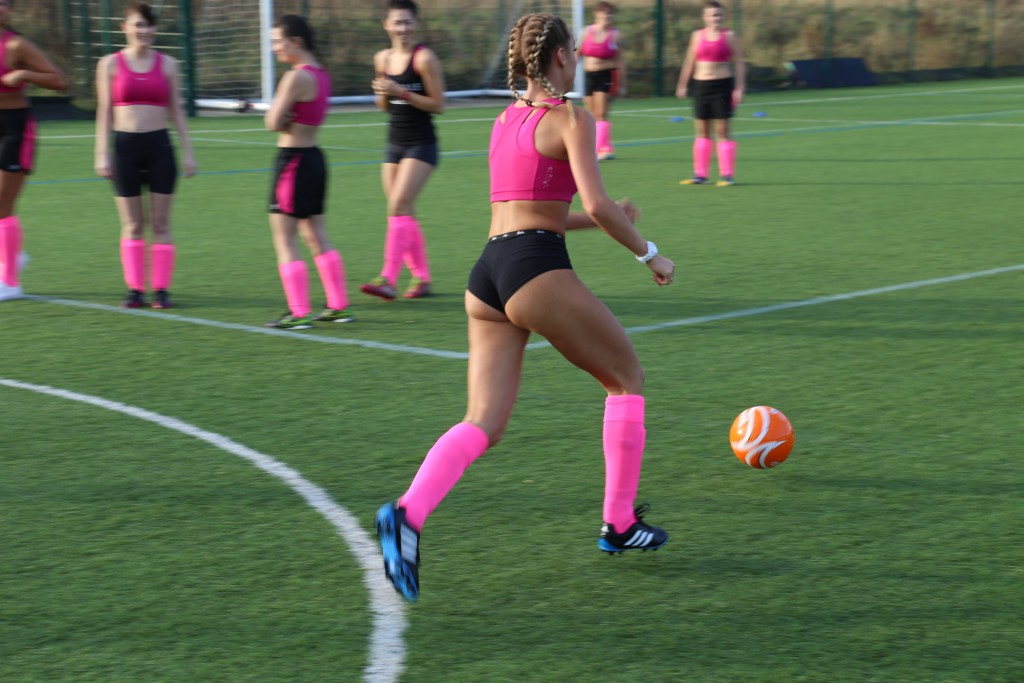 What qualities do you look for when recruiting a new team member?

It is the common belief and the cause which we look for when recruiting as this is what unites us. It doesn’t matter if you have never kicked a ball before. We are increasing participation and public interest in the sport. So, if you’re female, 16 plus and believe that women deserve the same rewards and recognition as men in football then I’d say come and sign up on our website.

What has been the most challenging part of your role so far?

The Football Association cancelled the Lingerie Football League UK’s fundraising event for Help for Heroes at St George’s Park. Not only did we lose money for a great cause, but shortly after this, the communications officer at the FA group confirmed that the Lingerie Football League UK will never play at St. George’s Park or any FA affiliated ground due to it having the ‘incorrect approach’ to women’s football.

But we won’t be shot down by this hurdle, Lingerie Football League UK has many dedicated supporters who are fighting beside us through the power of petitions and peaceful protests to lift this ban.

Alongside the FA ban, the Lingerie Football League has attracted some heated discussion within the media, with accusations of sexualizing women. How do you respond to these criticisms?

Nowhere in our vocabulary have words like ‘sex’ or ‘pretty women’ been used. It is sportswear, and yes, it is Lingerie, but that is the controversial word that drives our campaign. We need this reaction.

I can’t wait forever to see equality in my favourite sport, we need to do something big in order to see change. Once people get over the media reaction and realize that we are just girls who want to fight for equality then they will see our cause. 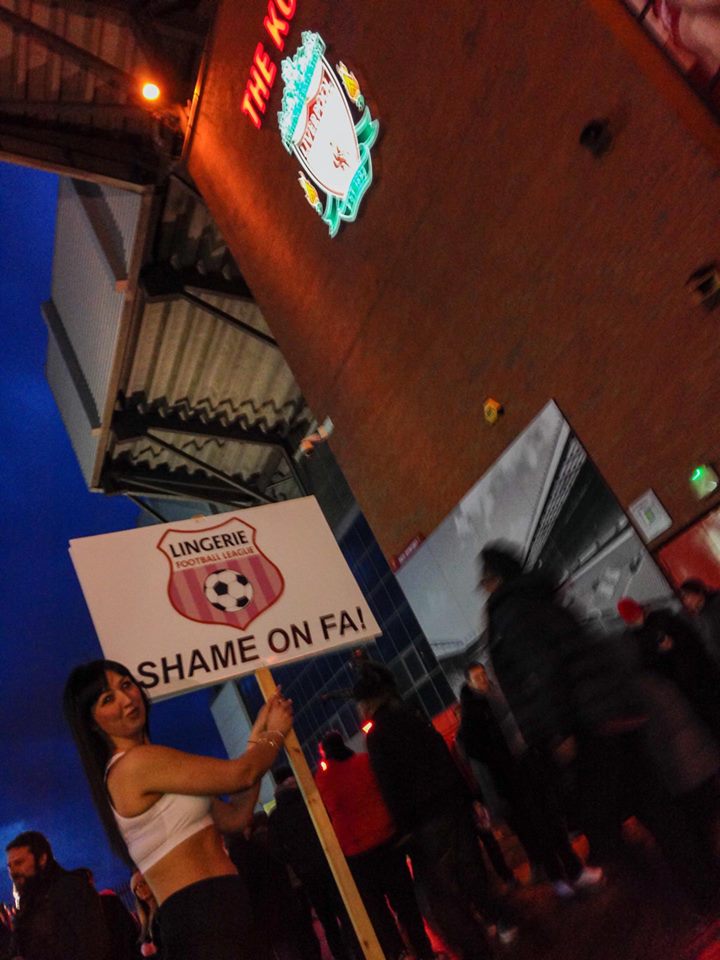 What can we expect to see from Lingerie Football League UK in the future?

We are going to play a series of exhibition matches, featuring half-time lingerie catwalk shows, against university teams throughout the UK between December 2015 and March 2016. We hope the bright, young university population will support the drive for equal pay for women footballers.

The first university exhibition match, our ‘Christmas special’, took place on the rooftop at Heaven, Hotel Football, overlooking Manchester on Wednesday 23rd December 2015. We anticipate that university students will form teams to play in our inaugural season. We will form a “premier league” of eight teams to play in lingerie during the summer season, April to September 2016. I encourage all students who support our cause for gender equality and want to keep fit to get in touch.