Why I campaigned to swap beef for vegan food at LSE

Producing a single beef burger requires as much as 3,000 litres of water

Like most of my fellow students at the London School of Economics and Political Science (LSE), I’m acutely aware of the fact that we’re in the midst of a climate crisis. My generation is overwhelmingly troubled by the prospect of global environmental breakdown – today, over two-thirds of young people experience “eco-anxiety”. But I believe there’s an easy way for us to turn those fears into action, which is why I worked with other concerned LSE students to put forward a motion to our student union that beef should be banned across campus and replaced with plant-based options. 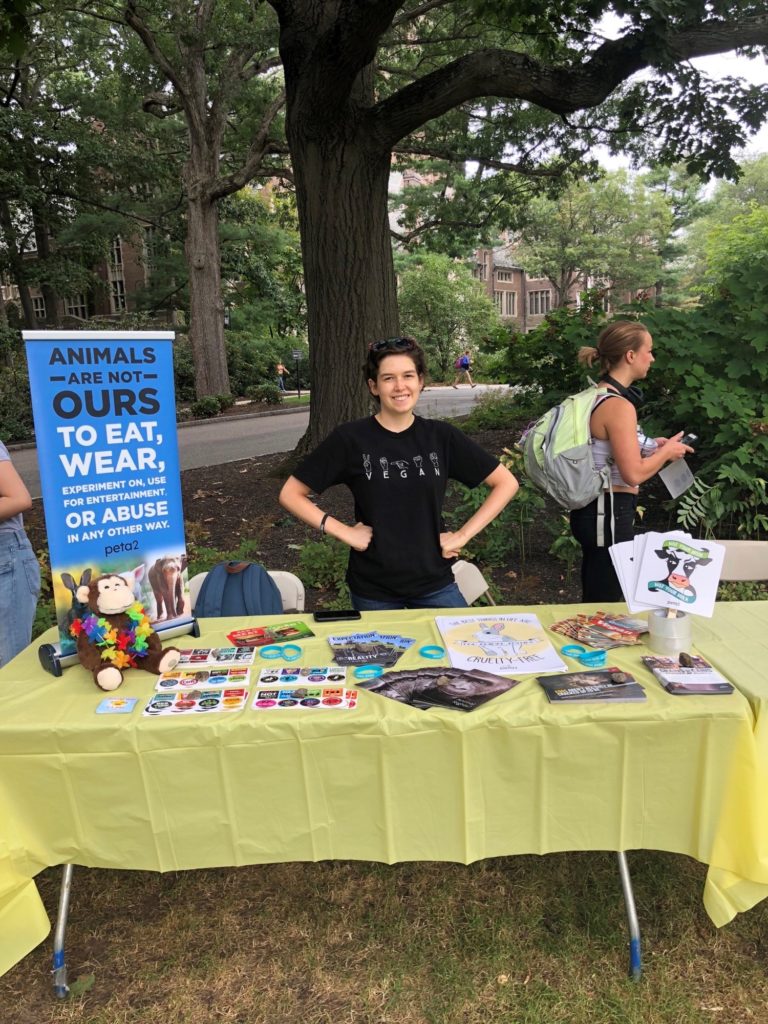 Animal agriculture is the single largest source of emissions of both methane and nitrous oxide. Methane is 25 times more potent than carbon dioxide at trapping heat, and nitrous oxide is 300 times more potent. A person who follows a vegan lifestyle produces the equivalent of 61 per cent to 73 per cent less carbon dioxide than a meat-eater and uses 1/11th as much oil, 1/13th as much water, and 1/18th as much land. That’s why the United Nations has stated that a global shift towards a vegan diet is essential in combatting the worst effects of climate change, and research from the University of Oxford has found that going vegan is “the single biggest way” to reduce our environmental impact. When scientists at Chalmers University of Technology in Sweden calculated various ways of fighting climate change, they concluded that curbing consumption of meat and dairy is key to bringing emissions down to safe levels.

Producing a single beef burger requires as much as 3,000 litres of water. We wouldn’t sit idly by as someone poured 3,000 litres of water down the drain right in front of our eyes, so there’s really no excuse for tolerating it when it happens out of sight – all for a fleeting moment of taste. Young people around the world are opening their eyes to such inconsistency between our values and our behaviour – that’s why more students than ever are rejecting cruelty to animals and environmental destruction by going vegan and universities across the UK are opening vegan and vegetarian eateries and participating in initiatives like Meat Free Monday.

Beef isn’t the sole culprit in all this – although it typically has the highest environmental impact of all kinds of meat, replacing it with other animal-derived foods won’t go very far to halt the climate crisis. Fish, chicken, dairy, and other animal “products” are far from eco-friendly – they’re also linked to high levels of emissions and other pollution. In order to offer truly planet-conscious meals, LSE needs to swap all animal-derived foods for plant-based ones.

We mustn’t forget that in addition to environmental destruction, exploitation and cruelty are also inherent in animal agriculture. Animals raised for food endure misery and deprivation until, at a mere fraction of their natural life expectancy, they’re loaded onto lorries and sent off to abattoirs, where their throats are slit. Considering what we now know about pigs, cows, chickens, sheep, and other animals – that they have their own personalities and a desire to live and that they love their babies and mourn them when they’re taken away to be turned into a veal chop – there’s no justification for continuing to use them for food. That’s why, in a recent survey, 73 per cent of members of Generation Z declared themselves animal rights activists.

By offering vegan food, LSE and other universities can take a principled stand and make a meaningful and lasting positive impact for animals and the environment – before it’s too late. As vegan environmentalist Greta Thunberg said, “instead of worrying about how our future might turn out, you should try to change it while you still can.”

Phoebe Woodruff is an LSE student and PETA campus rep. To find out how you can join the Campus Rep Programme, click here.