King’s is one of the worst unis in the country for free speech, new rankings reveal

Pour one out for the Safe Space Marshalls

King’s has been named one of the worst unis for Free Speech by website Spiked, alongside many other Russell group unis, such as Birmingham, Oxford and UCL.

The website split 115 unis into three categories in a “traffic-light ranking system”. Those in the red, such as King’s, have “banned and actively censored ideas on campus”, those in yellow (such as Exeter and Cambridge) have “chilled free speech through intervention”, while those in green have “a hands-off approach to free speech.”

Only seven universities, including Buckingham and Winchester, were given green rankings. 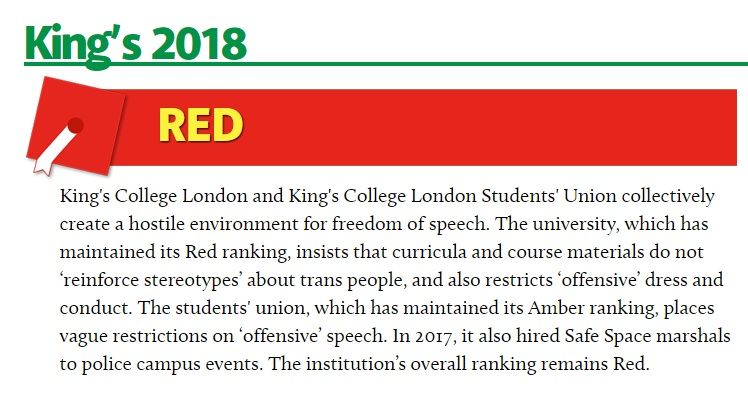 They claimed that "King's College London and King's College London Students' Union collectively create a hostile environment for freedom of speech. The university, which has maintained its Red ranking, insists that curricula and course materials do not ‘reinforce stereotypes’ about trans people, and also restricts ‘offensive’ dress and conduct. The students' union, which has maintained its Amber ranking, places vague restrictions on ‘offensive’ speech."

The publication of this ranking adds to the wave of criticism over King’s and other Russell Group universities’ handling of controversial speakers. Less than a month ago, the Telegraph was up in arms over the appointment of a pro-no-platforming panellists to The Office for Students, a panel dedicated to upholding free speech. 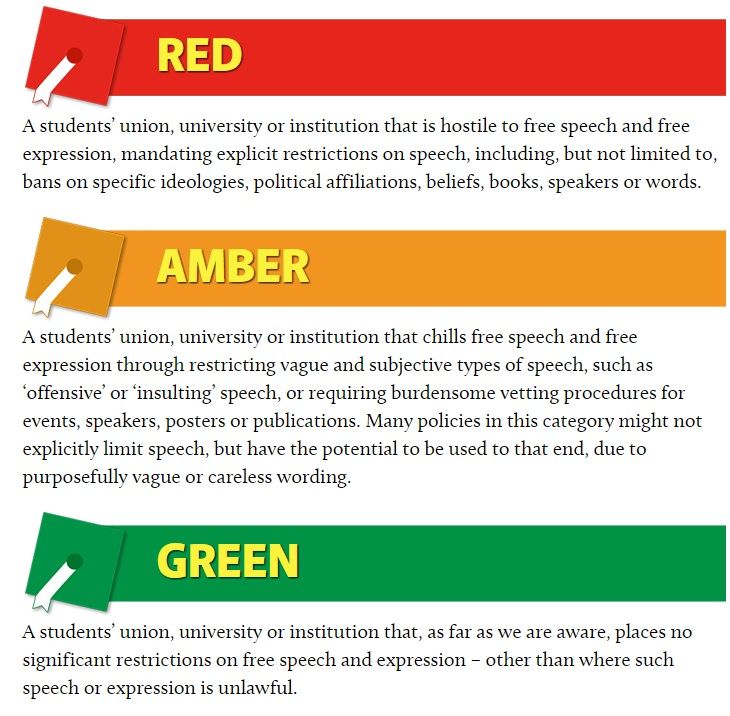 One might question just how many controversial speakers have posed a challenge to Robert Gordon University’s free speech policy, or just how helpful a traffic-light ranking is in tackling the problem institutionally.

However, it is interesting to question why Oxford and UCL are in the red while Cambridge and LSE are in the yellow, or how 63 universities have taken action to “no platform” speakers.