Glasgow third year fell from window after being ‘spiked’ at party

Alix Taylor went to bed after a night out, next thing she was outside naked and screaming from her balcony ledge

Alix Taylor, a Glasgow Caledonian student, left a night out early after feeling "emotional" and "disorentiated", returning home to be put to bed by her flatmate.

A few hours later, the 20-year-old was spotted by two passers-by standing naked and screaming on her window ledge. She then fell from her window and landed head first on the concrete, fracturing her skull with blood starting to gush from her ears.

Alix’s sister, Ellie Taylor, told the story and shared photos of her sister's injuries on Facebook as an urgent warning to students heading out as Freshers' Week begins around the UK.

Here is Alix's story as told by her sister Ellie. 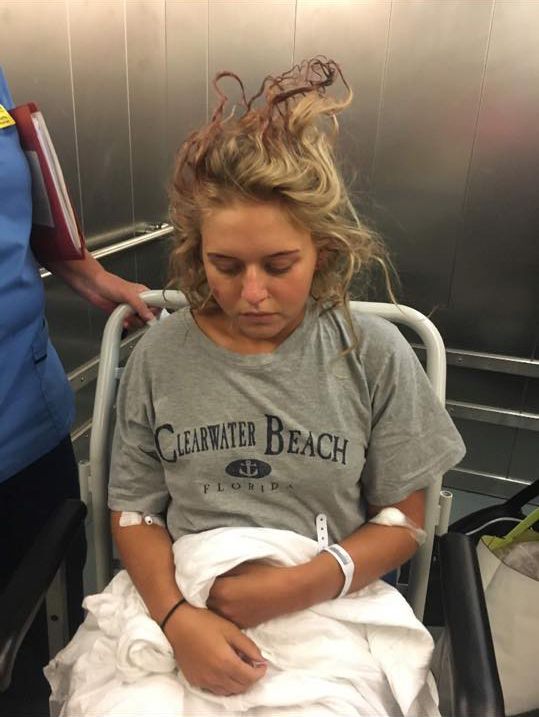 Alix went to a student night out in Glasgow on Tuesday night and one of the boys in her group became violently sick, appearing to have had his drink spiked. As this was happening, her sister left the club visibly drunk and crying as a guy who had bought her a drink was being extremely creepy and aggressive towards her.

Alix, who Ellie says isn't usually a lightweight or emotional drunk, Alix didn't remember getting home, but her flat mate comforted her and put her to bed, where it looked like she was falling asleep.

An hour later, two passers-by heard a woman's frantic screams for help. They rushed round the corner to see Alix completely naked balancing outside on her window sill.

She was completely terrified of whatever was inside the window, and she clearly felt that the first floor window was her only escape. The passers-by assumed it was a sex attack she was trying to escape from, and rang emergency services while trying to climb up to help her. 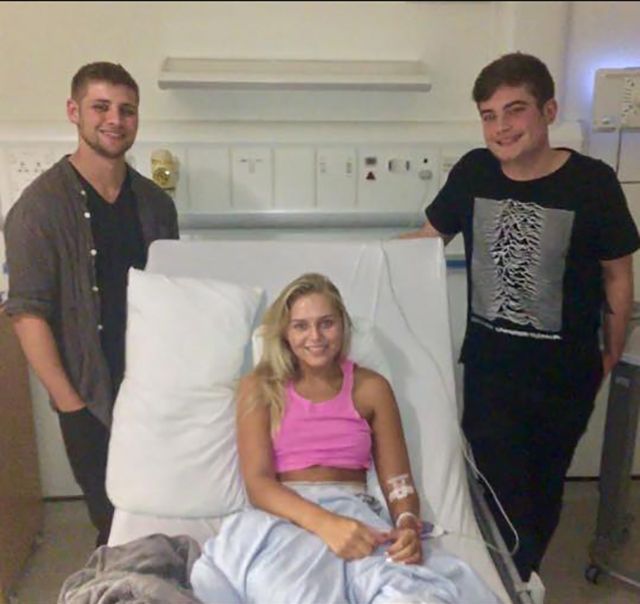 The two passers-by who came to Ellie's aid

Unfortunately, Alix either jumped or fell from the window and landed head first on the concrete, fracturing her skull and causing major bleeding inside her head, with blood pouring out of her ears.

The passers-by say they will never forget the sound her head made when she hit the floor. Police broke down the flat door to get to whoever was inside but there was no one inside, nothing to explain Alix's distress.

Her room was tidy and Alix flatmates, who had all been asleep, say she had arrived home alone.

Before she jumped, Alix had pulled things out from under her bed, with cushions all over the floor. On a recent holiday, Alix and her mum had to do this before bed as scorpions kept appearing in the hotel room.

Alix's sister and family think she was hallucinating, possibly thinking her room was full of bugs. Alix can't remember anything after leaving the club. Due to the fact another person in the group was spiked, and how suddenly intoxicated and upset she was, as well as her strange behaviour when she arrived back home, they believe her drink had been spiked. 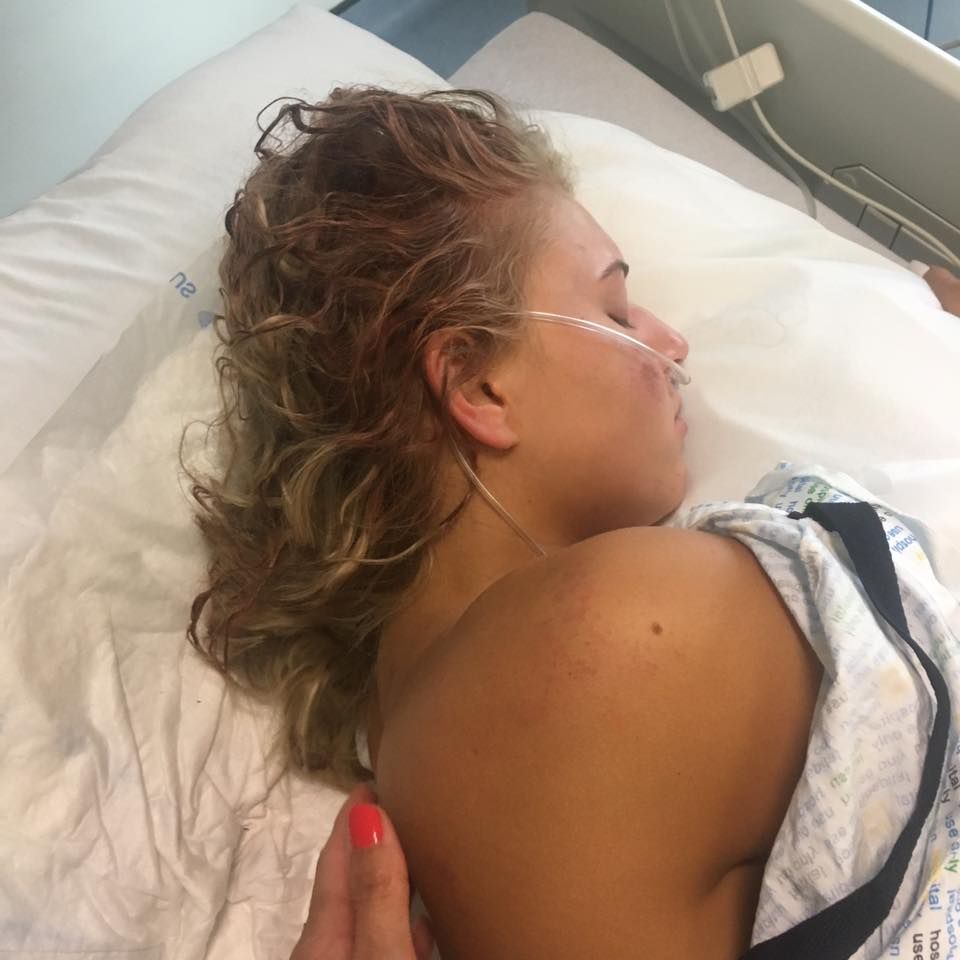 Her symptoms match those of a reaction to date rape drugs, that could of been slipped into her drink. She passed a normal drug test, but Ellie says the hospital don't test for GHB unless it's a sex attack.

Ellie says the family are sharing this story to urge other people to be careful with your drinks in clubs and if you suspect someone in your group may have been spiked, sleep in the same room as them and don't leave them.

Alix has been out of critical care for several days and is in a normal ward for now. She's expected to make a full recovery and her family say she's been extremely lucky, saying they could just as easily be planning her funeral now.

This incident comes after it was recently revealed that drink spiking has "doubled" in the last three years.

Alix left Queen Elizabeth University Hospital on Monday and is expected to make a full recovery.