Glasgow Uni has a society dedicated to hummus

And it’s an absolute treat

Glasgow is famous for a number of things: cones on the heads of statues, Celtic & Rangers and being the best city in Scotland.

But inside that university, a revolution has stirred, one that takes the shape of a common love for a certain chickpea-based dip.

The Glasgow University Hummus Society was set up by a bunch of folk who can't get enough of the middle-eastern spread. Despite being new on the Glasgow Uni society scene, they have amassed an impressive membership of over 300 people. 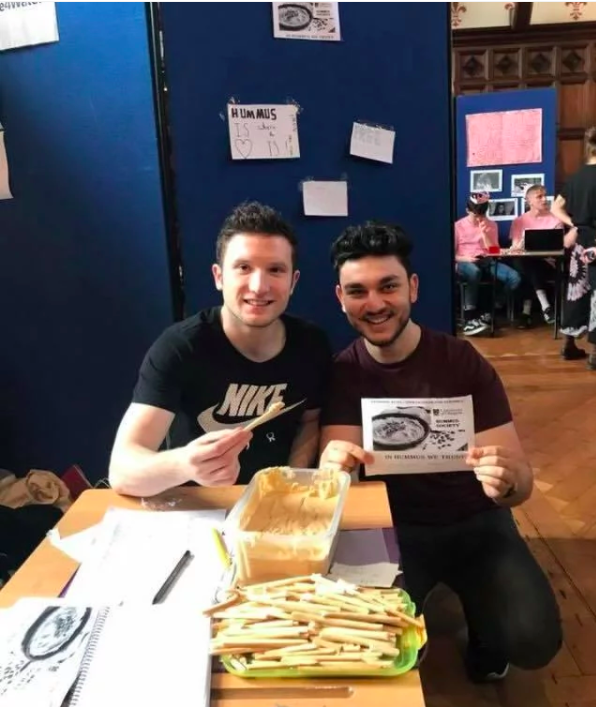 The story all starts with a group of friends who were sitting in a flat, thoroughly hungover. Current Society President Yunes was being a valiant hero, making his pals homemade hummus, based of an old family recipe. From that, the idea to start a society grew into a reality.

According to the society themselves, they are "dedicated to the love of hummus", adding "whether that's eating it or making it".

This society has over 300 members so far, with the number rising quicker than tensions between the USA and North Korea. 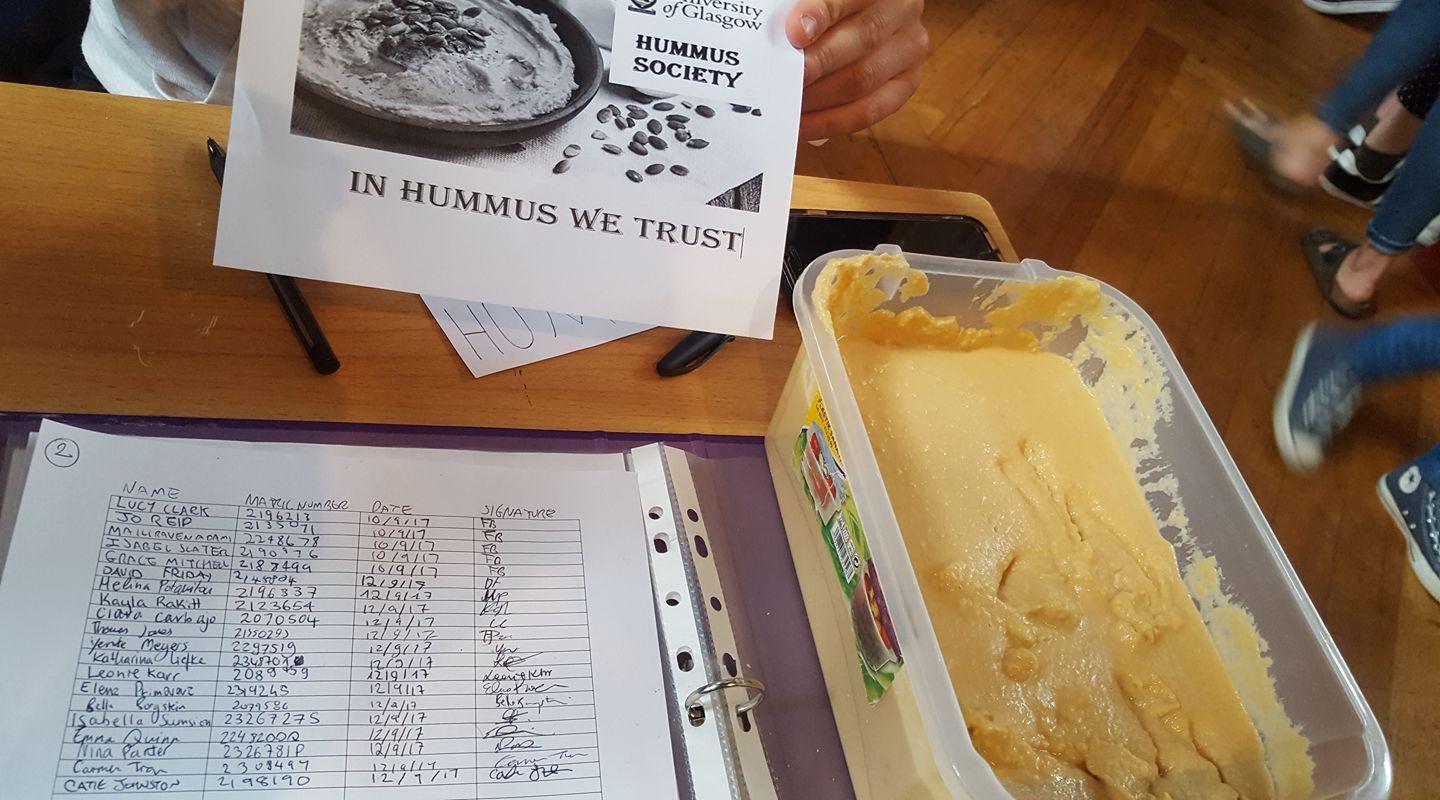 It was busy at the Freshers' Fair for Hummus Soc

They have a ton of events planned for the year ahead, including "a sub crawl and a ball". If you've just started at Glasgow as a fresher and are looking for a genuinely fun and exciting society to join, then look no further than Hummus Society (as long as you like the dip in question)!

When asked what the society's hummus of choice was, they replied that "all hummus is equal in the eyes of our society", adding "of course individual members have their own opinion".

The society is full of innovative ideas, and this is evident as they rocked up to the Freshers' Fair with a kilo of hummus and some high-grade breadsticks to accompany it.