A monumental win over Aberdeen 1XV

Their match was against Aberdeen 1st XV, a strong opponent, but the team pulled through and managed to finish 34-15. This is the first time GURFC 1st XV has won the league since BUCS was inaugurated. 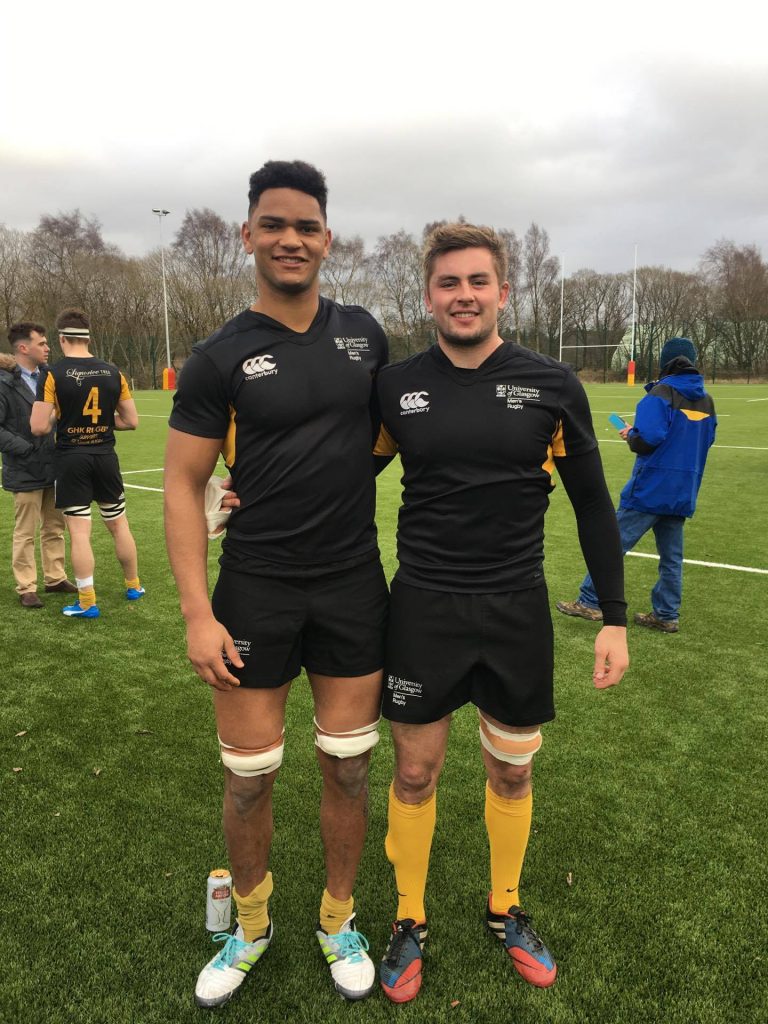 The firsts needed an eight-point win to triumph and this was well surpassed. Every player played exceedingly well and the squad gelled together to work as a team.

Now, the 1st XV have two matches to play to gain promotion to the North B league. These games will be a round robin against two unknown teams. Next week, the team will be playing against Strathclyde and Caley in the Glasgow Taxis Cup and on the 22nd they’re travelling to Bath to play against Edinburgh for the BUCS trophy.

GURFC 2nd XV are also playing really well, winning their match today which could mean they could still secure second place in their league and a promotion to 1A if the first team are promoted to the higher league.

The third team could secure second place in BUCS 4A after their match was cancelled and they are yet to play one game. All in all, it’s been a great season for GURFC so far – and it’s not over yet!