Thinking of getting involved in activism? Here’s what I experienced as a first-time protester at Edinburgh’s Fight for the Night

Standing up for what you believe in is pretty fricking cool

On Tuesday evening, I took my first steps into the world of activism.

Fight for the Night was a march and protest organised by the Edinburgh University Students' Association Women's Campaign and local feminist groups such as Sisters Uncut.

Alongside dozens of other empowered individuals, I marched to reclaim the streets of Edinburgh and stand alongside those who have survived sexual assault or gender-based violence. 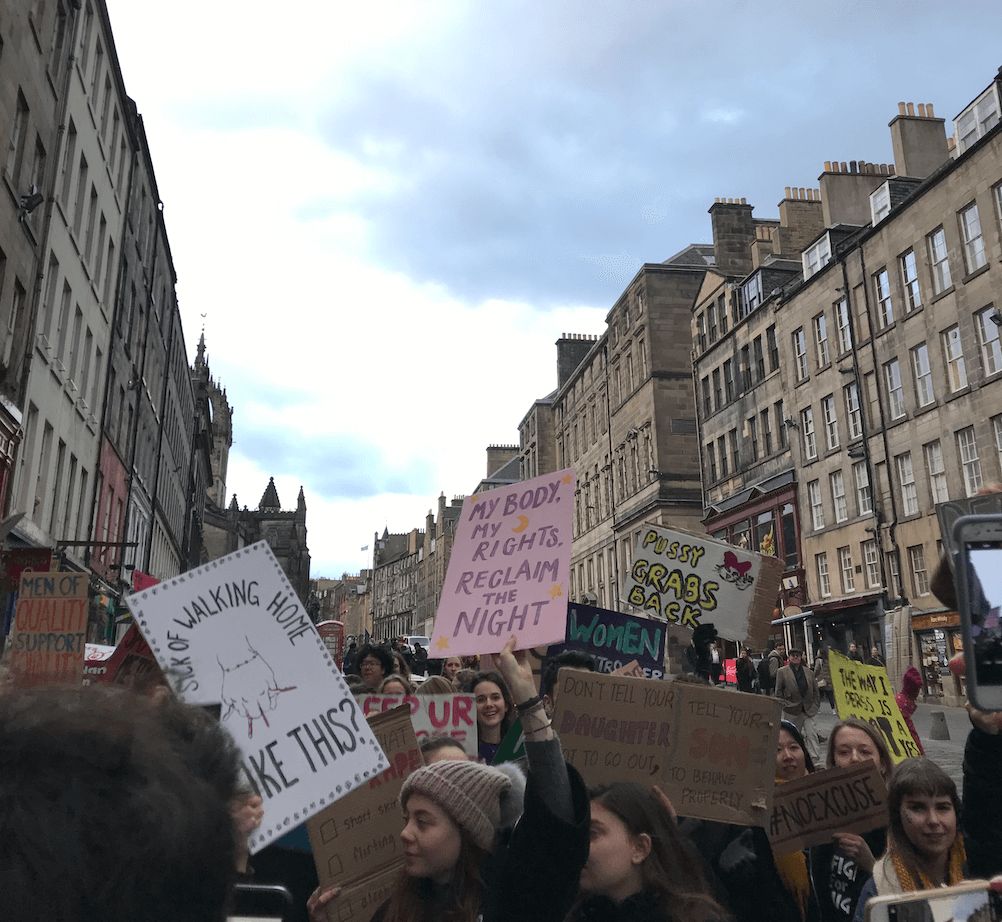 Turning heads on the Royal Mile

According to a recent NUS report, over 68% of women have experienced some sort of verbal or non-verbal harassment during their life. This includes things like groping and cat-calling, much of which takes place in public areas. Similarly, it's been said that one in seven women has gone through a serious sexual or physical assault during their time at university.

The report, which lists countless more harrowing facts, also explains that violence and assault can lead to confidence issues, a deterioration in mental health, fear, and self-blame in women and other vulnerable victims. This is some serious, serious stuff.

For me, this was why I decided to finally stand up and get involved in activism. I wanted to be able to show support and walk in solidarity with other women, using my voice for something important. 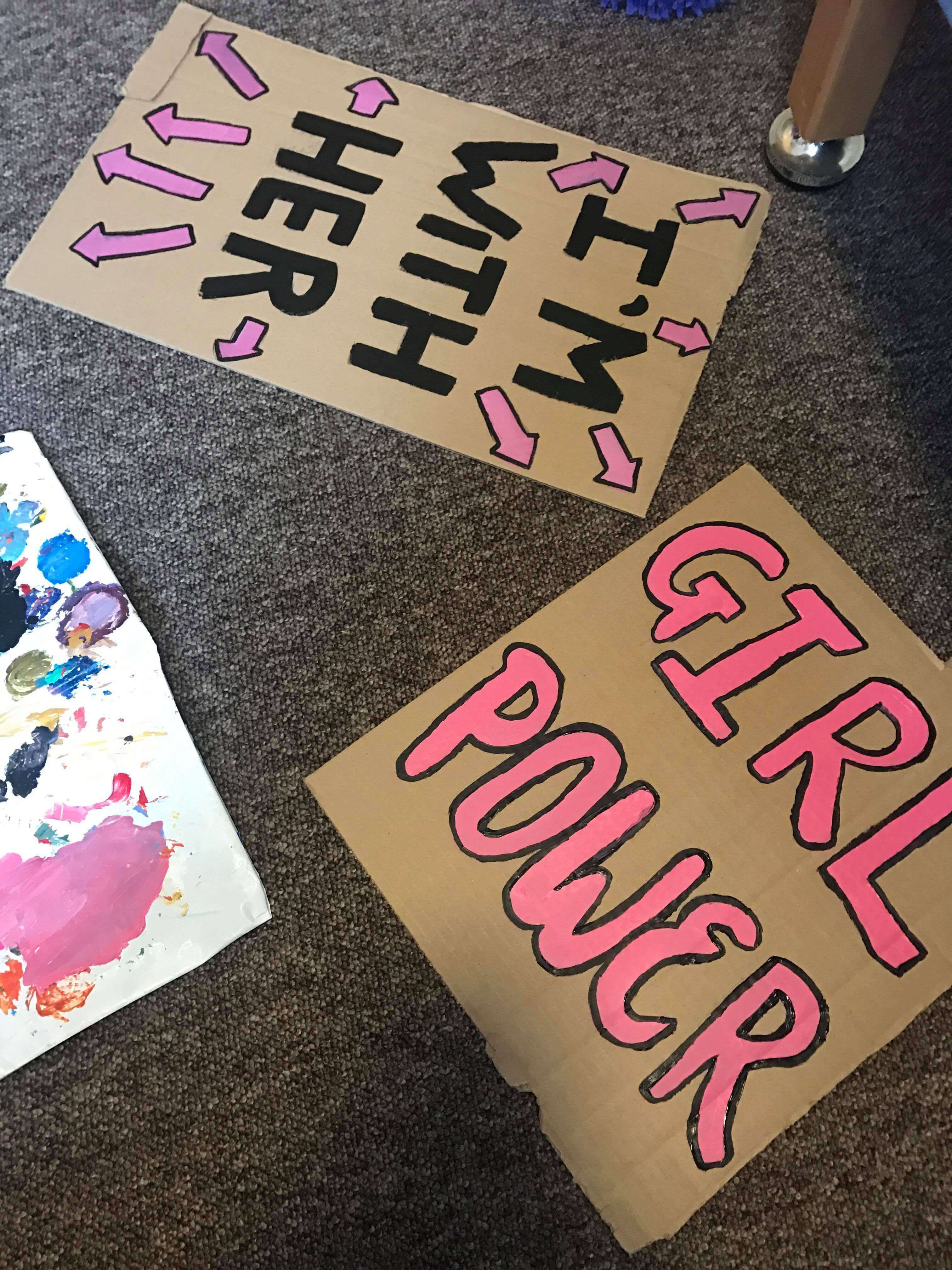 What I loved so much about this experience was how we were able to create something powerful together.

Marching down the Royal Mile screaming chants at the top of our lungs definitely attracted a lot of attention. It felt really cool and empowering to have groups of tourists stop in their tracks, people come out to stand in their doorways and peer out of windows to see what all the noise was about.

A couple of strangers even joined in with the march, including a parent and child which was really heart-warming.

When we got to Grassmarket, we heard some short speeches from Sisters Uncut. It was important to stop and reflect on the issue at hand, remembering why we were marching and those who we were marching for. There was also a super powerful reading of the poem 'I Rise' by Maya Angelou. 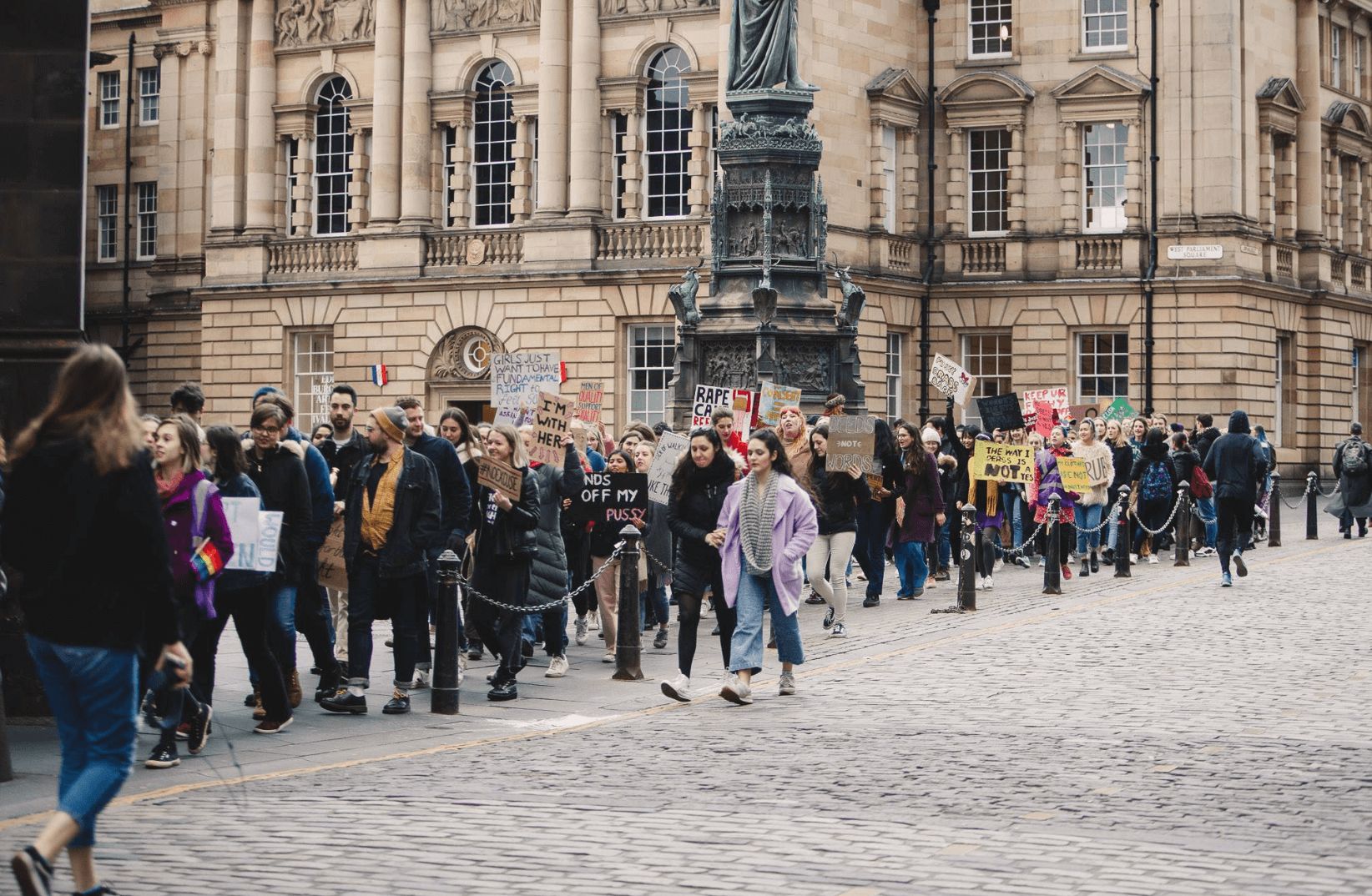 1) It's ridiculously easy to get involved with activism at university.

I literally found out about Fight for the Night because of Facebook.

If you want to get involved with events like this in the future, keep your eyes peeled for posts on the Sexpression and EUSA's Liberation Campaigns pages. Even places around uni like Teviot often have flyers and posters regarding upcoming protests. 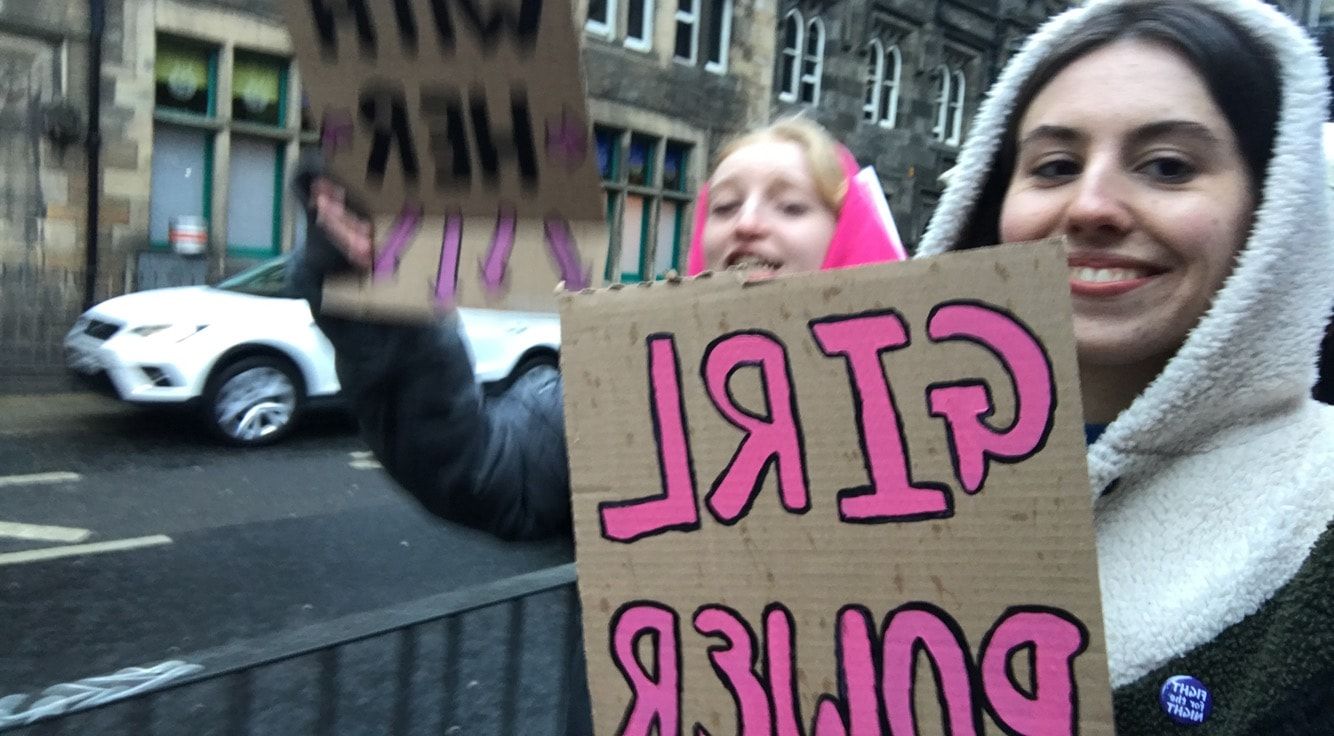 2) Activism can be super fun and sociable.

I took a friend to this event, and it was a great thing for us to experience together. But going alone would've deffo been fun too – there were so many friendly people there to chat to and make friends with.

If there's an event you want to go to but you have no one to go with you, just do it anyway!

3) Standing up for what's right is empowering – and that's a sick feeling.

After Fight for the Night, I wish I'd gotten involved in activism earlier. As cheesy as it sounds, the confidence I felt surrounded by all these ridiculously cool and powerful individuals was something I'd actually never really experienced.

It's never too late to have your voice heard and get stuck in – happy protesting!