Bizarre rants, ‘the mess that is Brexit’ and a second date secured: Here’s how round five of Edinburgh Goes Dating went down

Ah, Reading Week, Festival of Creative Learning, Innovative Skiing Week – whatever you want to call it. Some of us were studying, others were sleeping, and eight were dating – all as part of our very own experiment with love.

Round five has certainly shaped up to be an exciting one, with plenty of weird and cringe moments for your mid-semester enjoyment. We can confirm The Tab Edinburgh Instagram is going to get a great story out of this one. So here we go again. 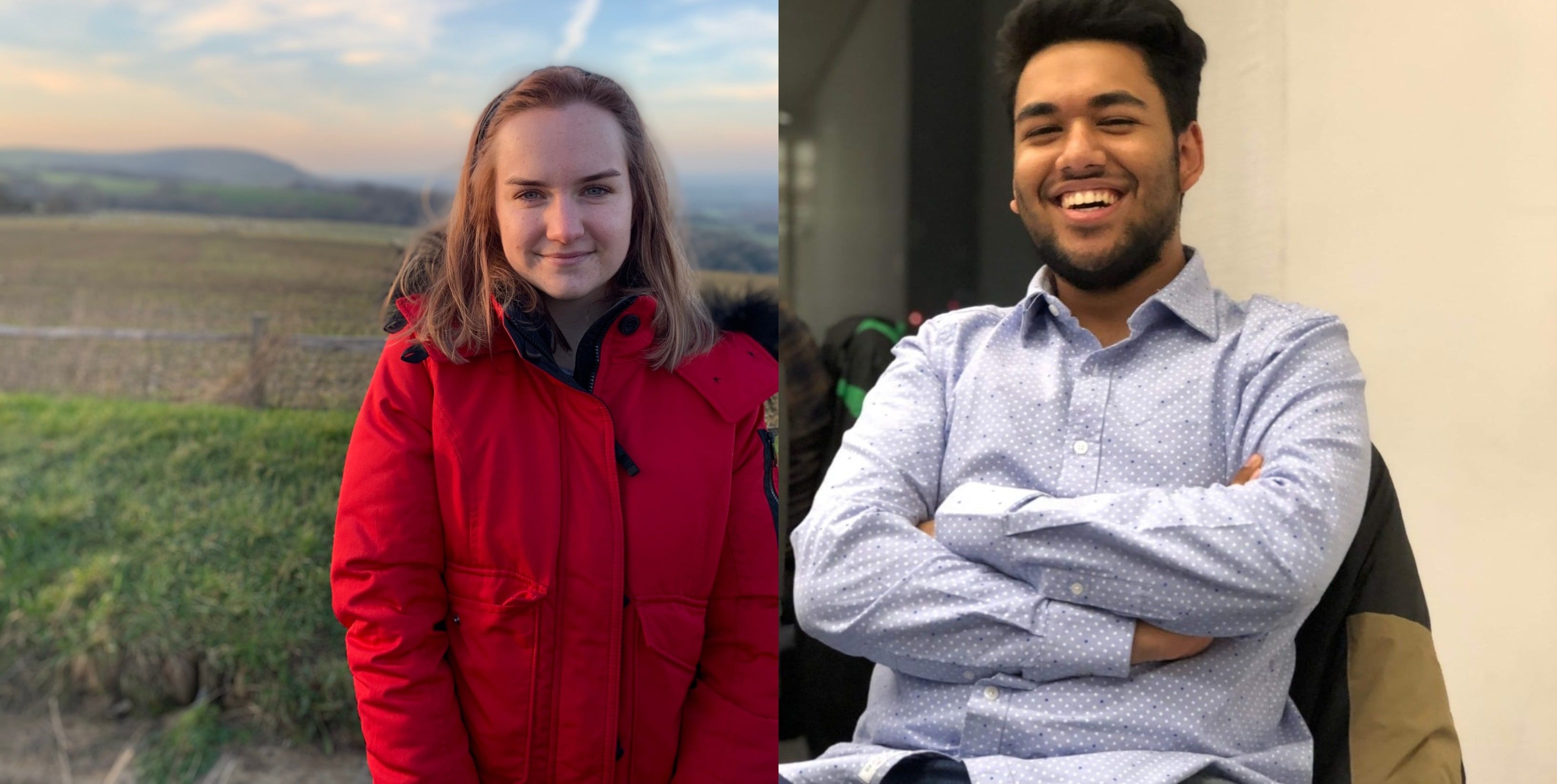 Caitlin is after a guy who is smart, sarcastic and down to earth. Now if anyone is going to be labelled down to earth, it's definitely Anubhav. He's looking a for girl with a charming smile and good chat. The two met at The Dragonfly to see if their smiles and smartness were enough to impress.

Did you enjoy the date?

Caitlin: The bar was really nice and the relaxing atmosphere set the stage for a chilled out date. There wasn’t anything awkward or bad about the date, it was actually really nice getting to know Anubhav.

Anubhav: Yeah I really liked it, the chat was really nice. There were some silences in between conversation where I didn't know what to ask next though.

Was your date physically "your type"?

Caitlin: I wouldn't say I look for a specific type when it comes to dating, I'm open to anyone who can hold a good conversation and make me laugh.

Anubhav: Yes, she is my type, even though I don't go for physicality.

How about a second date?

Caitlin: I wouldn't say there was a romantic spark but we definitely got along well and had a great evening. I had a nice time, but I don’t think we’ll be seeing each other again romantically.

Anubhav: I would go on one, yes. 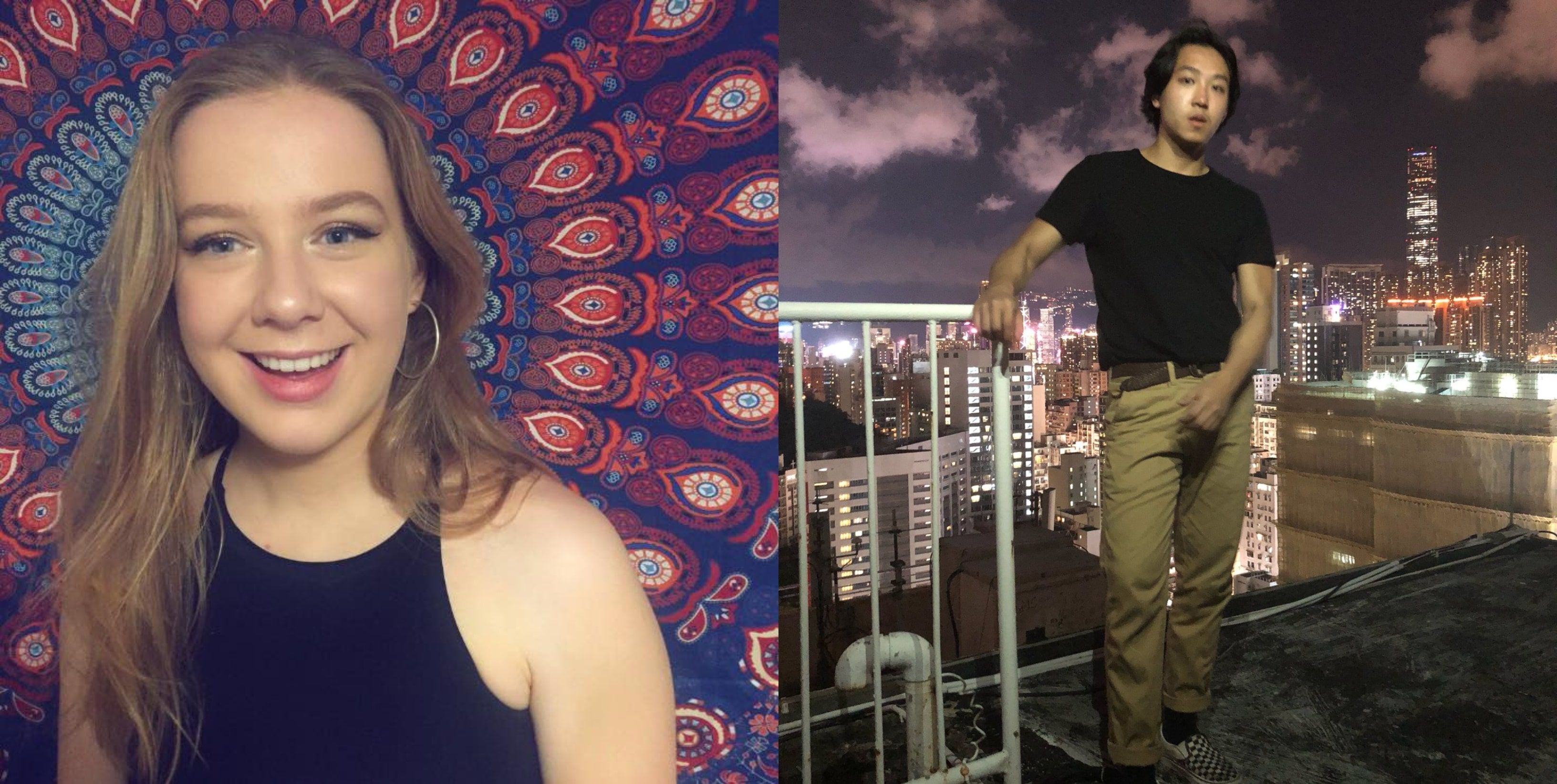 She plays netball for the uni, enjoys listening to music and going out with friends. He plays water polo, enjoys crypto-currency and playing poker. Sporty students Joanna and Dewey met at Paradise Palms for drinks.

How did the date go?

Joanna: It was nice and I liked Paradise Palms. We had lots to chat about, he was very interesting.

Dewey: Yeah, it was lovely – it went a lot better than expected! We talked about a lot of random stuff over a nice long chat and never really had any awkward silences.

Joanna: When this middle-aged Scottish guy insisted on ranting to us about how beaut The Highlands are.

Dewey: Probably when a wasted Scottish guy came up to us and started talking about deers in the wilderness.

What was the worst part of the date?

Joanna: We had to go outside because it was so busy – not great.

Dewey: The drinks were pretty pricey.

Is a second date on the cards?

Joanna: Maybe not a date, but it would be nice to meet again since we got on well. 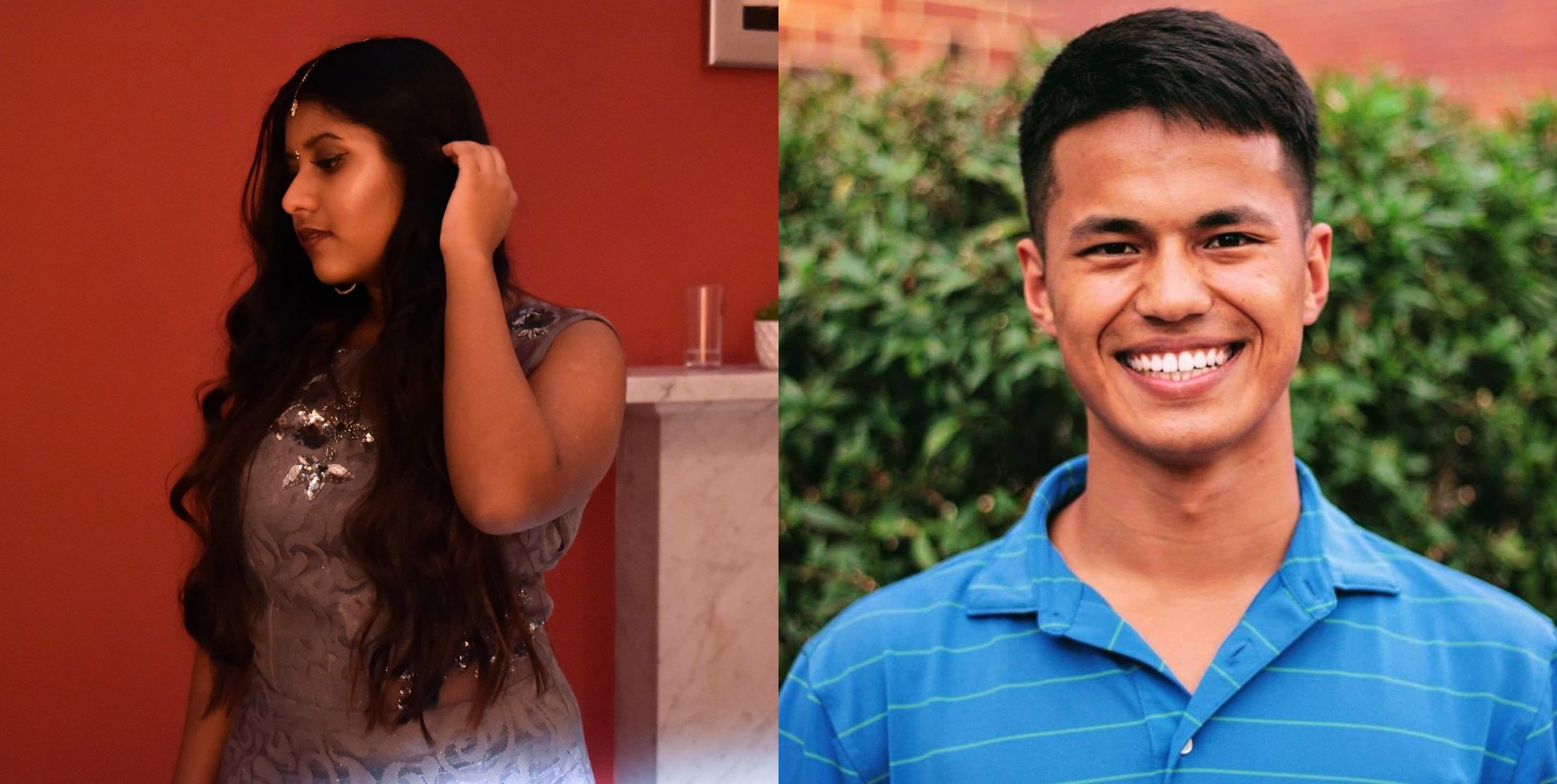 Fresh off the plane from holidaying in Iceland, Tala ventured to The Southside to meet Mallaika, fresh off the wards of the Royal Infirmary, bravely stepping in for a last-minute bailer.

Thoughts on the date?

Mallaika: I really enjoyed the date. He made me laugh and I felt quite comfortable so it was a lovely evening. The conversation flowed easily and we talked about everything from music and hobbies to family and aspirations. He had a lot of interesting things to say, but also was a keen listener.

Tala: It was fun! The chat was good and conversations felt organic and free flowing.

Mallaika: There were lots of moments that made me laugh – it was generally quite a fun and lighthearted date. The funniest moment that stuck was probably when he told me that he decided he didn't want to major in business because it was too snaky, so he naturally decided on politics instead.

Tala: Funniest moment had to have been when I acted more American to her amusement.

Was your date physically "your type"?

Mallaika: Yup. He already asked me out. 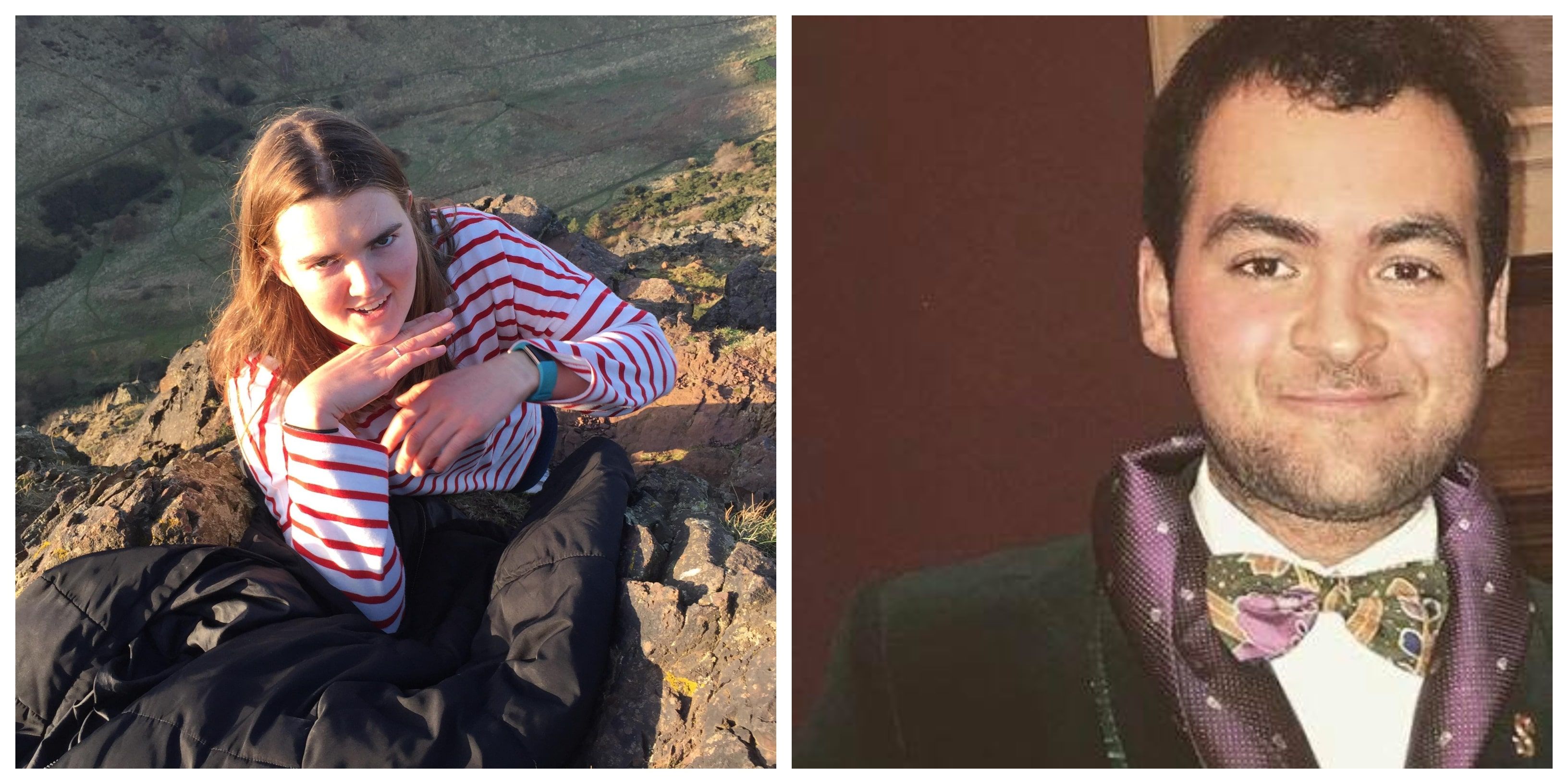 The two second year politics enthusiasts met at Copper Blossom for port and policy. Lots of it apparently.

Any awkward or weird moments?

Annie: In the beginning I could tell he was quite nervous when he accidentally dropped the contents of his wallet by the bar. Also, at the end I was going for the single kiss on the cheek and hug, but he went for the double kiss so there was a slight awkward fumble.

Aydin: We had a couple of drinks and then went outside and decided to move on to another bar. While we were chatting, an inebriated Scottish gentleman came up to us and said quite bluntly "Urr ye twa shaggin?" I was quite gratified when he insisted that he'd be bedding me that night if she wasn't, however, in the end I'm rather happy to say I had the king size to myself that night.

How was the chat? What did you talk about?

Annie: Both being politics students, a fair amount on this subject was aired, and then there was also a lot of talk on the general works – uni, travel, hobbies etc.

Aydin: Annie and I had some great conversations, it turns out we have quite a lot in common. As politics students go, we couldn't possibly spend a whole three hours together without talking about the mess that is Brexit. Other than discovering that we share a mutual hatred for Mr Corbyn, it was just lovely to learn about her background and try to get to know her on a basic human level.

Anyone up for a second date?

Annie: We had a fair amount in common but just don’t think our personalities and outlooks are that compatible. So, no.

Aydin: I'm not the sort of person to pass judgments too quickly, so yes, I'm interested in getting to know her more.

If you're interested in joining the over 550 students taking part in Edinburgh Goes Dating so far, fill in our application form here.