How Brexit is your college bar?

Cos we’re all a bit xenophobic when drunk

With that in mind, we’ve put two and two together and made 52 per cent. We even gave each one a rating out of five. Enjoy. 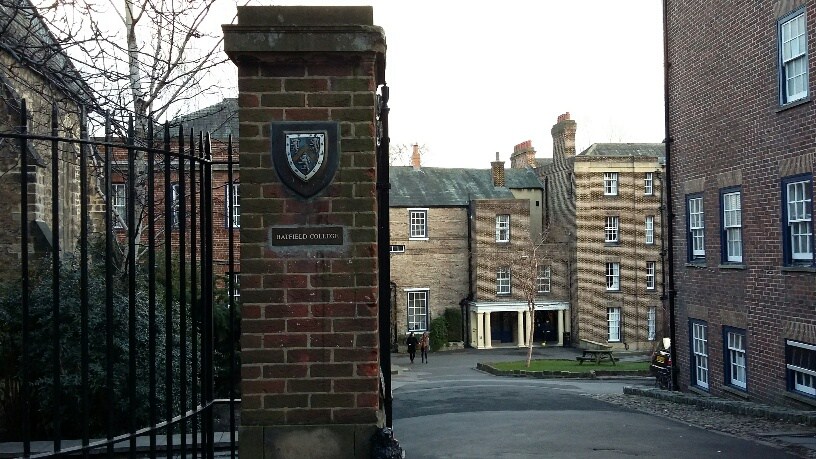 Built like a Spoons in an airport terminal, Hatfield is peak Brexit. Set behind spiked fencing and on the Bailey it oozes misplaced self confidence and students hate it. The airport vibe reminds many of rich bankers and other mindless idiots who fuck over this nation then jet off to Geneva.

You might overhear comments such as “I’d rather be free and poor than wealthy and in EU chains” but try to focus on just how shit the carpet and sofa combo is. Sitting in Hatfield’s airport bar and not flying anywhere is a painful reminder that Brexiteers fucked us over, flew away and left us cold and pissed in the North East.

Brexit looked dated, lonely and isolating. Hilde and Bede’s bar shares these character traits. Strangely long and next to a hall where exams take place, there isn’t much to be said for H&B.

No one likes it, no-one goes there and indignant that they’re having a great time their bar is a great metaphor for Britain post-Brexit. 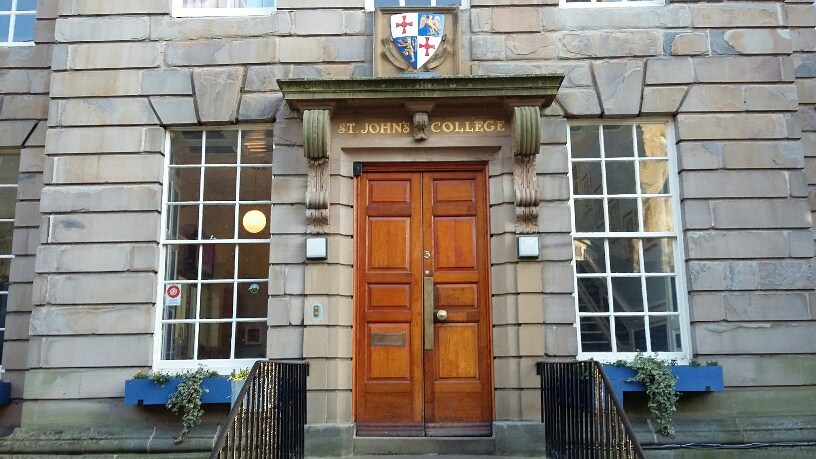 John’s did not vote, they prayed. Which way, we can only guess.

Yet, the moment the polls closed, they were ready to get lit. With the sweetest drink combination in town, Johns are zero Brexit and zero Remain because they were either stuck in their bar’s staircase or at church. 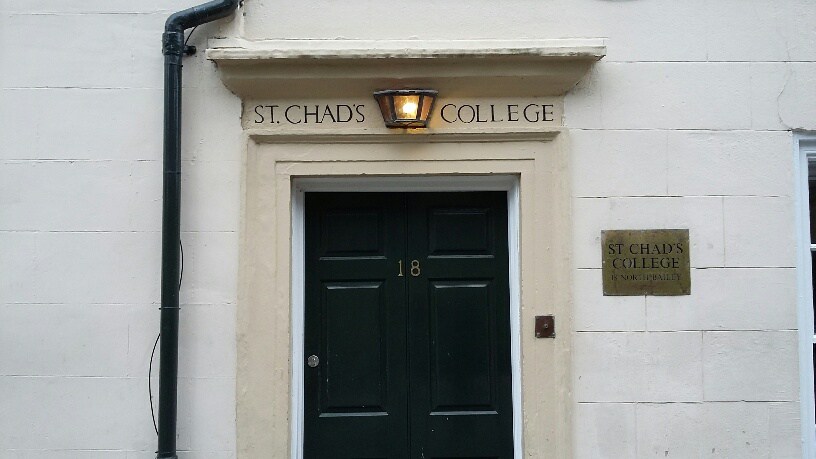 Weak Brexit but also a weak Remainer, this bar doesn’t know what’s going on. You walk in through a house where you expect Jane Austen to appear and then through a giant conservatory only to tumble down some stairs into a bar.

With the huge painted tube map you might expect a strong Brexit feeling due to the train union’s hating the EU. But in fact you’ll find mild mannered people equally confused as to quite where they are and hoping they can wing it before a night out in Klute.

Chad’s ranks as mild-Brexit but retains the option to shock DULC members with a statement like “Maybe Theresa May isn’t that bad.” 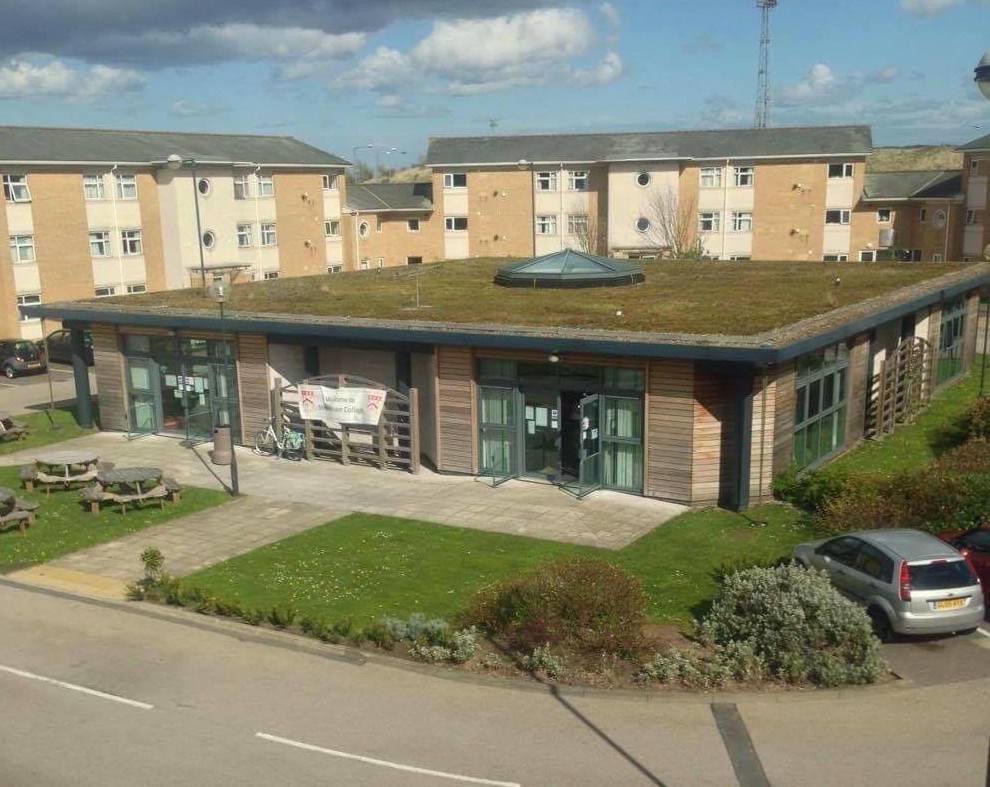 Like Theresa May’s happy-place, Stockton’s doors are shut. People who claim to have got drunk there are lying – they always seem to come to Durham only to mention that they can also drink in Stockton. Frankly, no-one’s buying it.

Similarly, no-one is buying how great post-immigration Britain will be. Never having to tell your grandparents off for saying “Well I guess we have to call Tesco a ‘Polski sklep’ now do we?” is going to ruin Christmas. Cold, bleak and with a big CLOSED sign over their bars, Stockton is a strong contender for Peak Brexit. 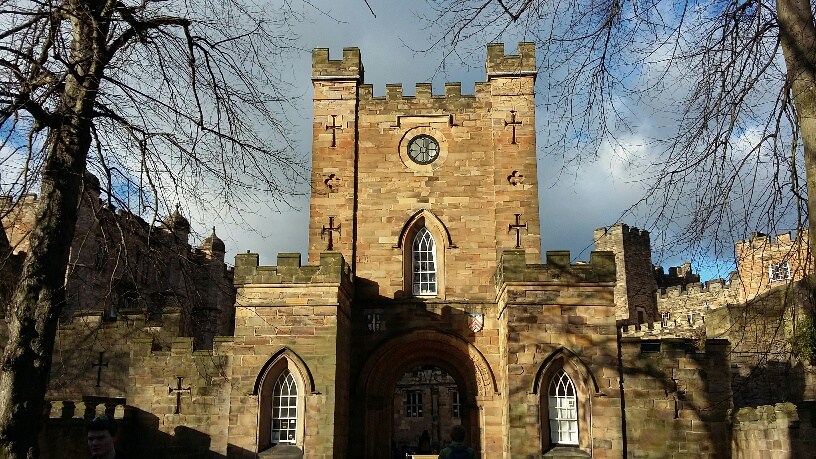 Just like their liquor, Castle like Brexit hard. Sewn into their red chinos at birth, these Old Etonians are ready to party like it’s Thatcher’s Birthday.

Tight security at the door and terrible people on the inside: this is our future. You always want to go there, but end up regretting every single life choice you’ve made, just like the Brexiteers should do all their waking hours. 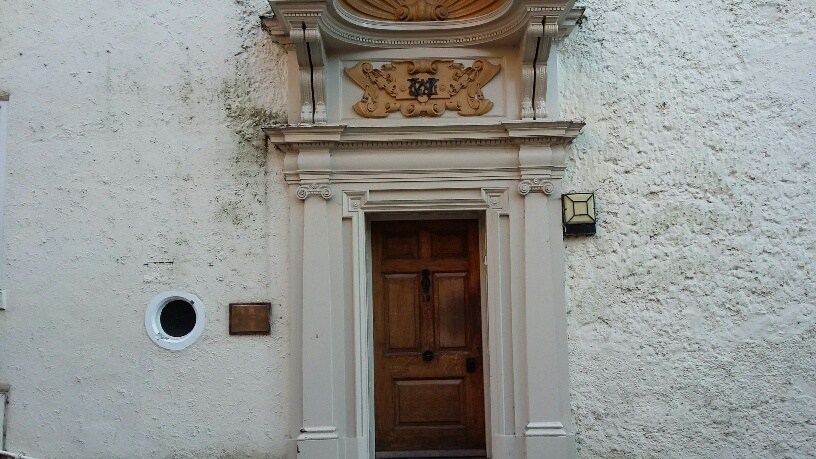 The unwilling and surprising Brexiteer. Cuths actually has two bars but only one which is worth the effort to get to. Sandwiched between real Bailey colleges, Cuths also has a foothold alongside the local prison.

The decent bar is the alcoholic equivalent of Norway. The one-foot-in-one-foot-out approach places them alongside Boris Johnson’s wet dream personified in nation form. 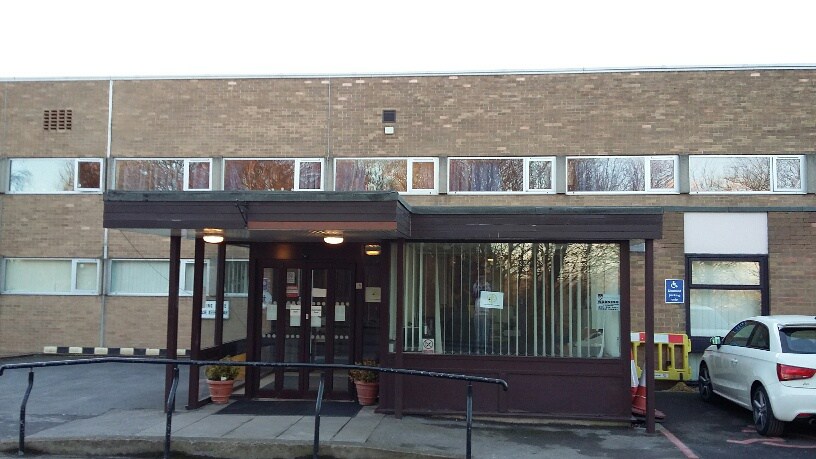 Perched on an impenetrable hill far from anyone, they are symbolic of UK’s future trading relationship with Europe. Isolated and alone, they talk about their “wonderful views” every time they’re asked what their name is. The UK will surely be reduced to having to say “We have great apples in Kent” after we realise how far we’re up shit’s creek without a single EU paddle.

Aidan’s is forced to say they like everything about their college because they’ve marooned themselves up a hill that zaps any alcohol or fun from your bloodstream. Very Brexit. 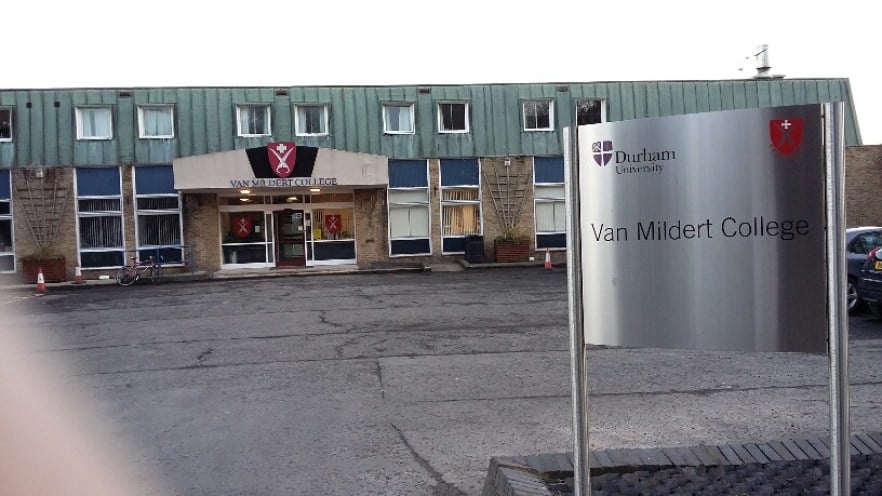 A weak Brexit but a Brexit all the same. This bar is sort of an odd on, a bit like Northern Ireland. The main colleges forget about it and sometimes grumble “Isn’t there a swamp or something there?” Likewise, Northern Ireland presumably has some water in it.

About 40 per cent voted Brexit in Northern Ireland and anyone who’s been to Mildert’s bar would also cut their nose off despite their face just to get out of there.

Trevs, or the Trotskyist Revolutionary Educational Venue, is a bastion of left wingery. Their bar is often empty and cold but that is to prepare for the time after the glorious revolution.

The lonely bar staff are probably comforted by a lack of punters because they know they’re outside galvanising the proletariat. Ultimately Trevs is low Brexit, but it is also dull as utter fuck. So swings-and-roundabouts. 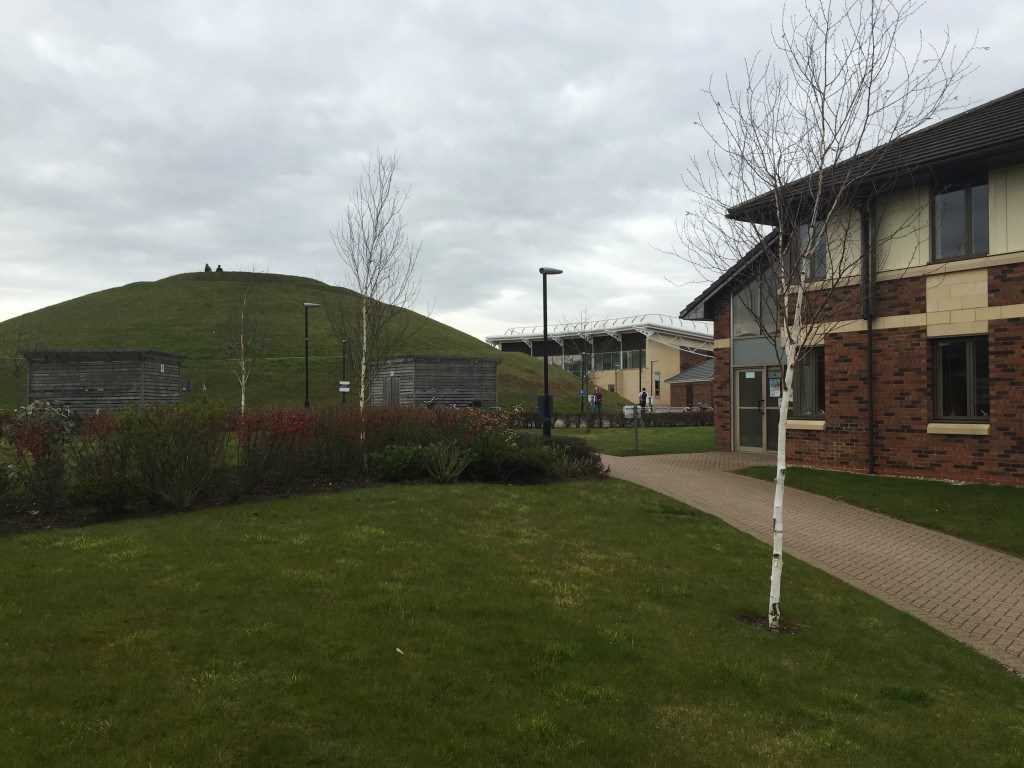 Very low Brexit. This huge open space with randomly assorted flags passes itself off as a bar. In reality it is a symbol of European cohesion. Huge. a bit out of the way and complete with food: it is the European Commission.

Having said that, the Commission includes dickheads and JoBo has the Exiles, which gives this school-hall-type-bar a low but present Brexit ranking.

As old people decided to drag us kicking and screaming out of the European Union, Ustinov was sound asleep after having had their night-cap.

Next door at JoBo they might be living it large, but at Ustinov it is their soothing bed-time coco that get’s them going. Often forgotten about, like old people, they rear their ugly head because they manage to schlep to the polls without having to be physically dragged by a sabbatical JCR officer. 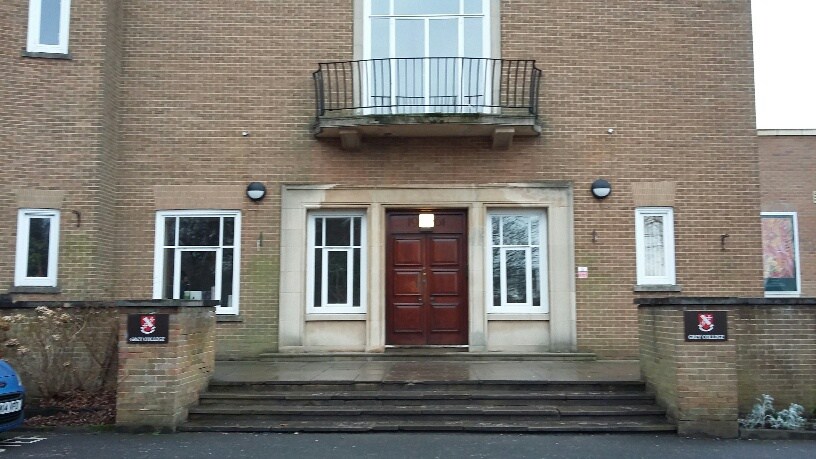 Like Wales, Grey bar exists. It is also similar to Wales because no-one cares until they fuck you over. The ridiculously complicated passage to and from the bar reflects Welsh apathy to the EU: you think you can trust them, and then they screw you and only offer Owen Smith as a make-up-present.

Grey bar might not be an advocate of Brexit, but it will go along with it just for scrap of attention from the Bailey. 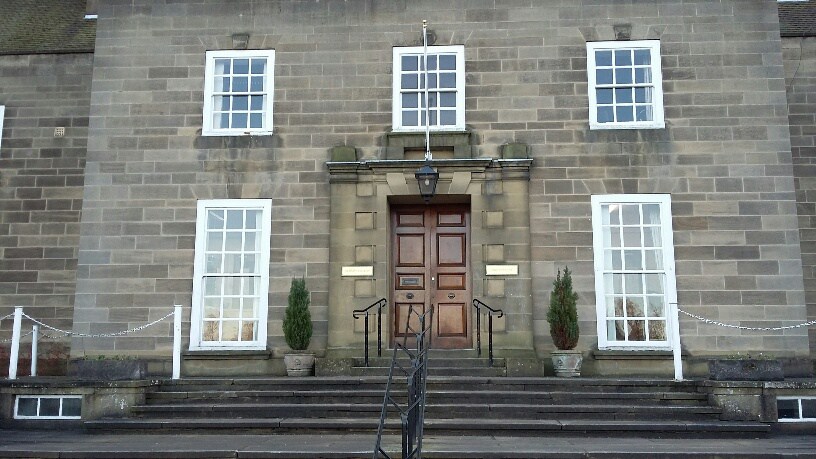 Peak Brexit. This sad little bar, sweltering from the heat of its own insufferability, hangs on the passing trade from descending Hill colleges. As people from much funner colleges need to remain tanked up they pop in to the, always-open-yet-always-empty, bar.

Just like Brexit, people head towards it with glee only to discover how fucking awful it is. Is there a more perfect example of a beautiful exterior being destroyed from the inside by mindless idiots and terrible designers? 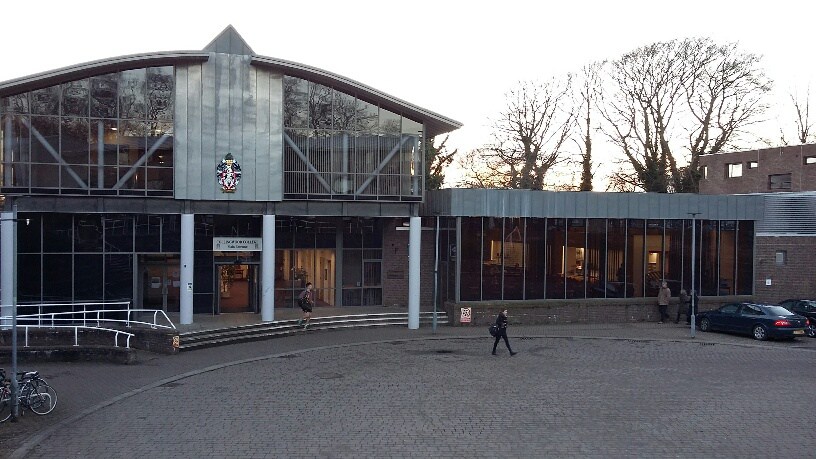 The Mighty Wood is not a Mighty Brexiteer. Struggling to fit in with much cooler bars, it feels the need to pretend to be a pub and by default pretends to be Brexit.

Yet The Wood has a playlist that consists solely of the Macarena and live radio from bizarre sporting fixtures, which lands it in the oh-shit-there’s-a-vote category of Brexit. It could probably go either way, but it’s also more interested in listening to the second half of the Slovakia All Star Super Soccer opening rounds.