Do you even Durham?

The pre-fresh are firming their places and have Durham 2016 set in their sights. Whether your hopes of dwelling on the Bailey have been dashed by re-allocation, or you think you’ve hit jackpot with Trevs, take a look at our guide to the Durham colleges for the realistic low down on each place. 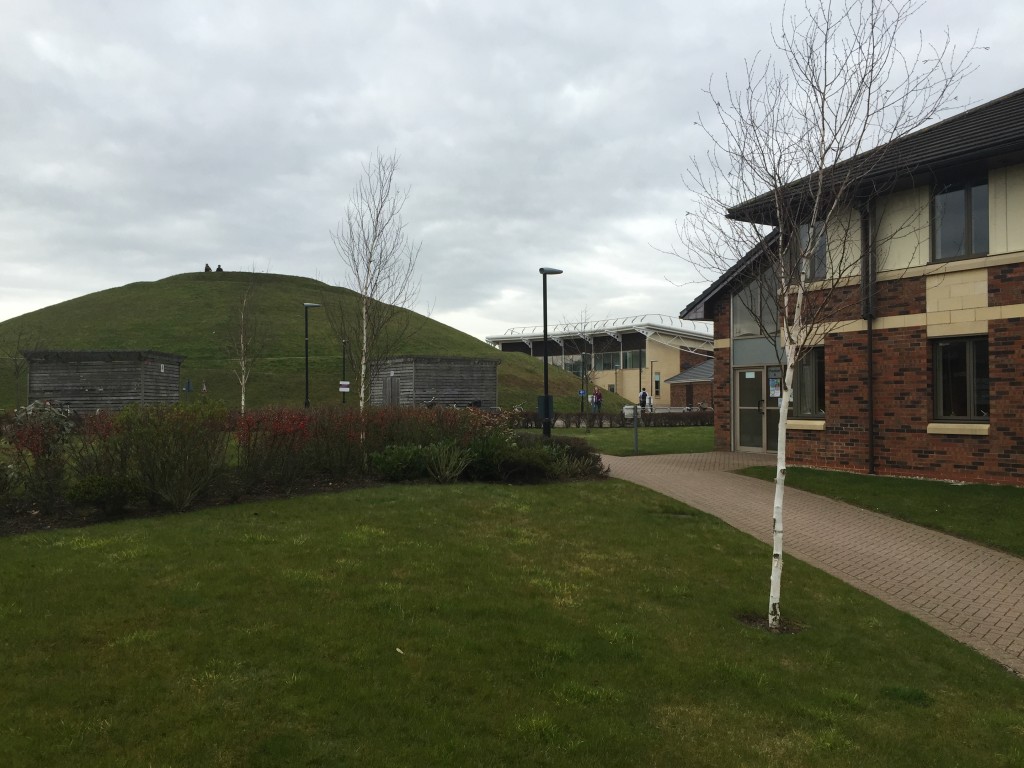 It makes sense to stick the only self-catered college as far away from town as possible. This deserted, modern looking wasteland lies on the hill? Well, sort of. Keep walking on until you see a seemingly endless driveway. You look up to see what looks like a rehabilitation centre and wonder if all the work you put in to get here was really worth it.

But the flats are actually pretty sweet. Many prefer eating their own food, even if you have to leave half an hour to get to and from lectures. The other colleges will laugh at you for cooking your own food but their laughter will soon simmer once they grow sick of potatoes. It also has a cafe if you really can’t be bothered to cook. People there seem to really love it, and their bar is huge, so if your dreams of living on the Bailey have been dashed by your re-allocation to ‘Jobo’, perhaps there’s hope after all. 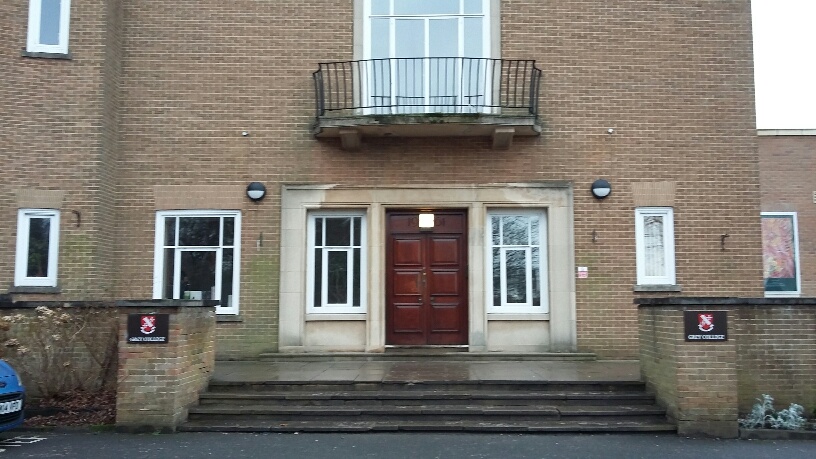 Not as bleak as it sounds, Grey sits in the middle of the hill: close to the Bill Bryson and New Inn. The dreamy view of the Cathedral makes up for its unspectacular looks. Grey fresher, Will Michaels, told the Tab it has “a great toastie bar and snooker scenes” when asked about its outstanding features (yeah…that’s about it). It’s the definition of standard: you’ve done alright landing up here. 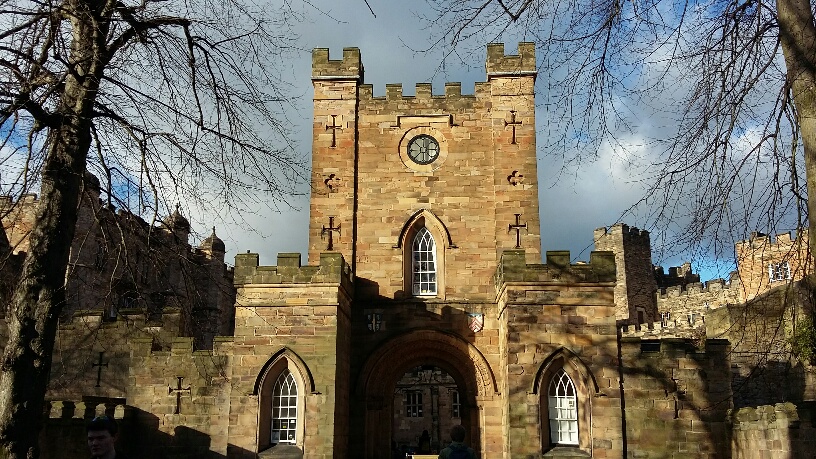 If your morning routine involves red chinos, loafers, a signet ring and a conspicuously southern accent, this may be the place for you. The infamous formals are almost as popular as Klute but the drinks go for more than other college bars. Yes, it looks pretty awesome, but what people don’t realise is half of you get shoved in a shitty red brick building outside the Castle, ‘down by the river’. Does it live up to the hype? 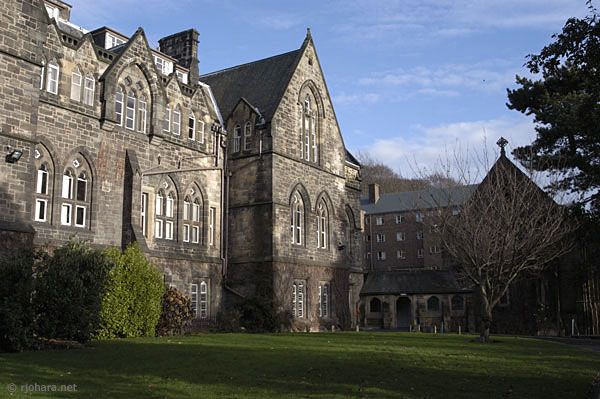 A huge mass of Durham in the middle of nowhere. Yes, really – Hilde Bede people don’t even know where it is. It’s close to the town but far away from other colleges so often misses out being a crawl location. The place is massive but the accommodation blocks are quite small and intimate (cute, I know). It’s got perks, HB fresher Ed Rees told the Tab: “It does have great facilities like tennis courts and shit like that.” 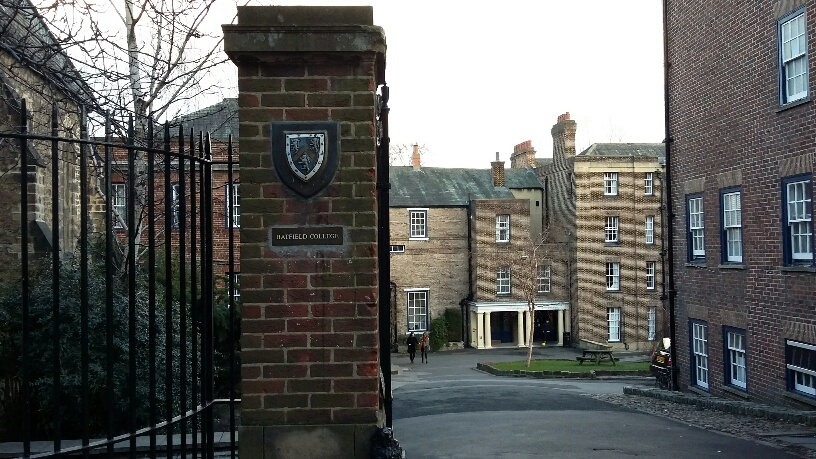 A bunch of pretentious posh southerners contributes to Hatfield’s shocking rep, but it still remains very popular. Bang in the middle of the Bailey, surrounded by colleges, makes it perfect for bar crawls. Not having to walk down the hill to get to the clubs means you’ve got more drinking time to get hammered. And, if you’re in trouble or actually fancy making your 9am, it’s undoubtedly the easiest college to get home to. If you see it as “Durahm”, rather than “Durham”, and can handle hearing “Are you formalling tonight mate?” twice a week, then you’ve hit the jackpot.

Can’t tolerate the hate? Maybe ask for a change.

‘Hey I got allocated Trevelyan! Is that nice!?’ No, no it isn’t – I’m sorry to tell you but ‘Trevs’ is horrible. An awkwardly long distance away from town, its claim to fame is its edgy hexagon-shaped buildings which make it look like something out of a horror film. Being right next to Mildert, Aidan’s and Mary’s makes it prime for a hill bar crawl, but the plastic cups in Trevs are just insulting. Thomas Marsh, a Trevs fresher, told the Tab: “The people are nice, but there’s something off about a college that prides itself on its shit architecture.” 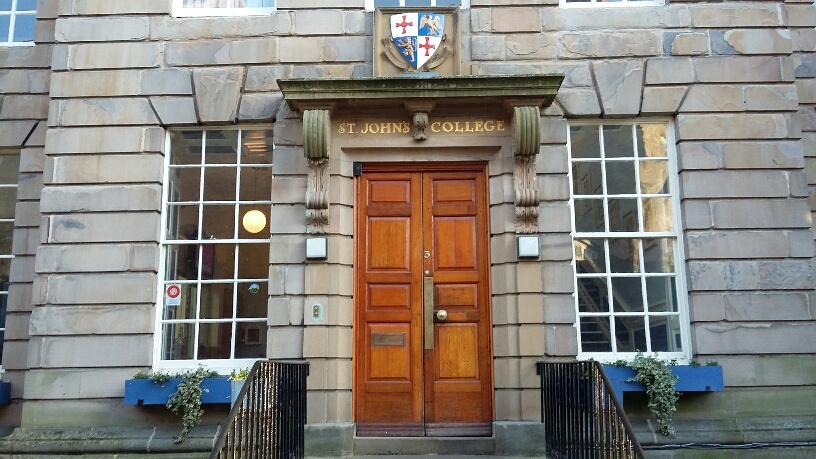 Posh, holy, small, holy, religious, holy, holy, holy. A tiny place stuffed full of Bible bashers – the ideal scene for a devout theologian. You’d expect their intimate bar to be serenading its responsible drinkers with classical musical and Christmas carols, but it often blasts out Skepta and Stormzy. Perhaps it’s not so lame after all. 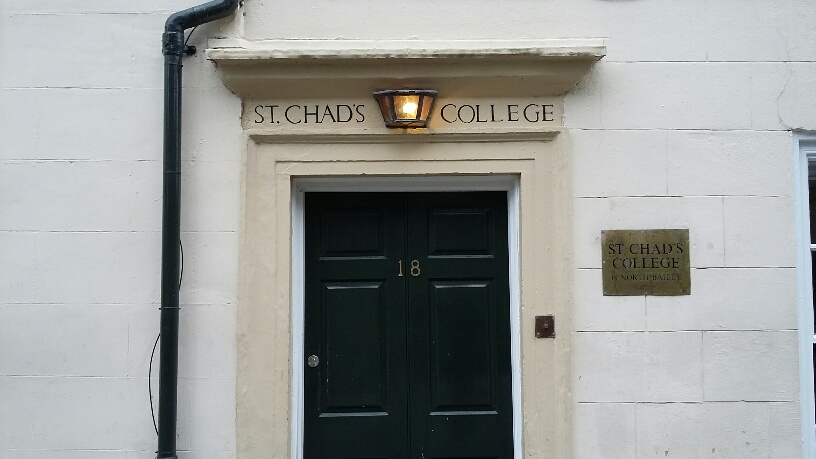 Like Johns, it’s equally small and incestuous. Another posh college with a cool bar, a conservatory space with a grand piano, and good atmosphere.  Like all Bailey colleges, its location favours the humanity student (so, like ,everyone in Durham…). But being parallel with the Cathedral means you’ll hear bells all through the year; buy some ear plugs to put in with the rest of your uni stuff. No need to be disappointed getting this one. 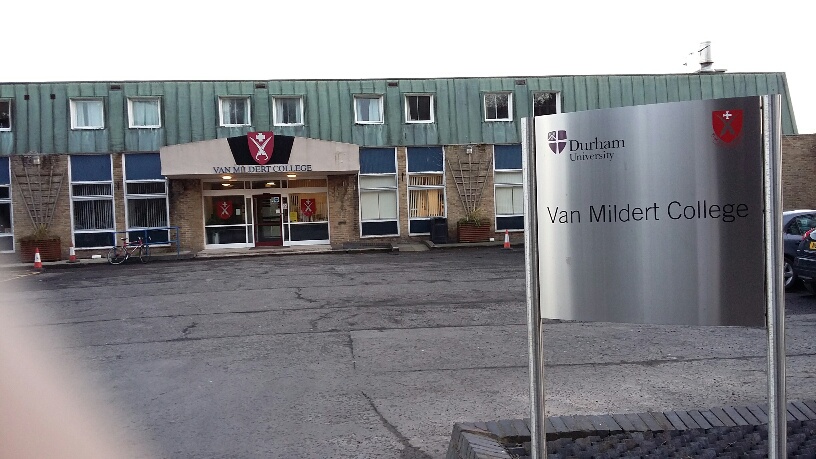 When confronted straight on, all you see is a leisure centre stroke 60s drug den. But what you haven’t yet discovered is its glorious green surroundings, including a pond and woodland round the back. The pond is home to a family of ducks, whom all Mildert people seem to have a special connection with. A large, sporty college with a proper bar. Getting to Elvet takes a while but being next door to almost every hill college means you’ll be a BNOC in no time – you’ve done okay. 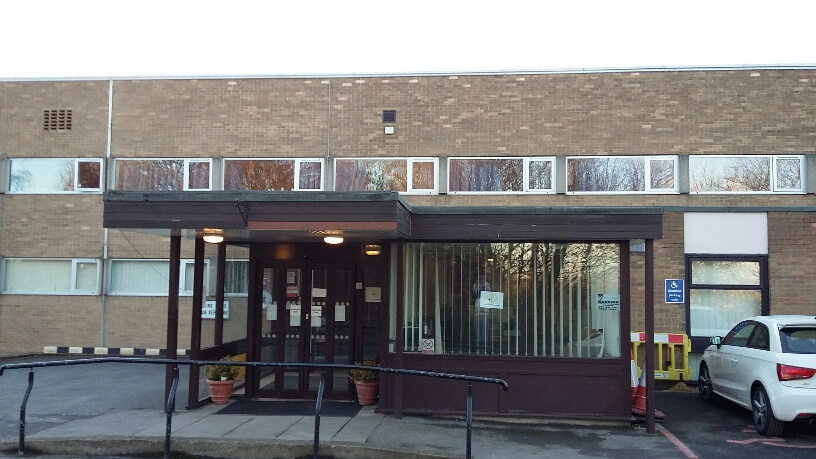 After soldiering up the hill and 84 steps leading to Aidan’s college, you’d expect a dreamy Durham paradise as a reward. Instead you wipe the sweat from your forehead to gaze at a grim, grey building (sorry). On the plus side, the journey will give you the fitness of a DU athlete, and surely it’s all worth it for the ‘Aidan’s bum’. Benenden school pre-fresher Lycie Samsudin told the Tab “my initial reaction when allocated St Aidan’s was one of confusion. Where is it? What is it? Why am I not on the Bailey!?”

Saying that, the view at the peak is awesome and its corridors accommodate over 100 people, so that’s pretty cool right? 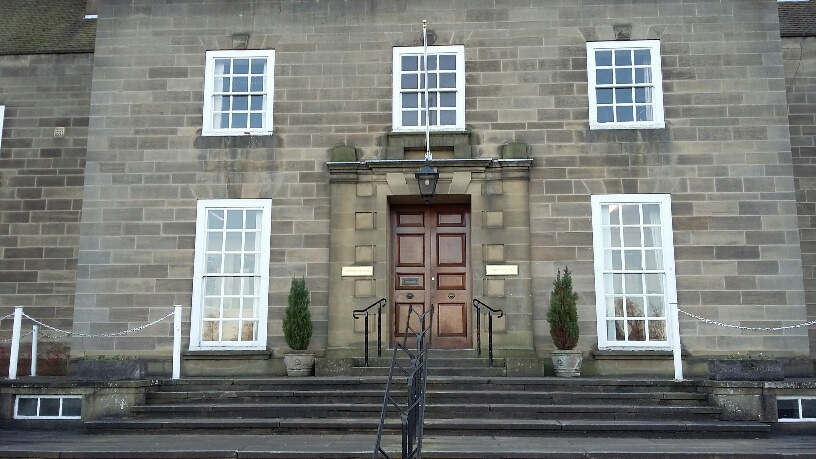 “Awwwwhhhhhh” sums up Mary’s: an adorable college surrounded by the other colleges on the hill, but with it’s own exclusive driveway lined, with trees. But, I’m sorry to say it has the shittest bar in Durham. You enter the dungeon through a hobbit-like door and walk past a bike shed, realising you immediately want to leave.

The ‘Mary’s challenge’ ensures you get out of there as quickly as possible, running to Cuth’s on the Bailey with a shot in your mouth. To rub salt in the wounds, Immi Peel, bar staff at Collingwood, told the Tab that their toastie bar made more money than Mary’s entire bar in Freshers week. 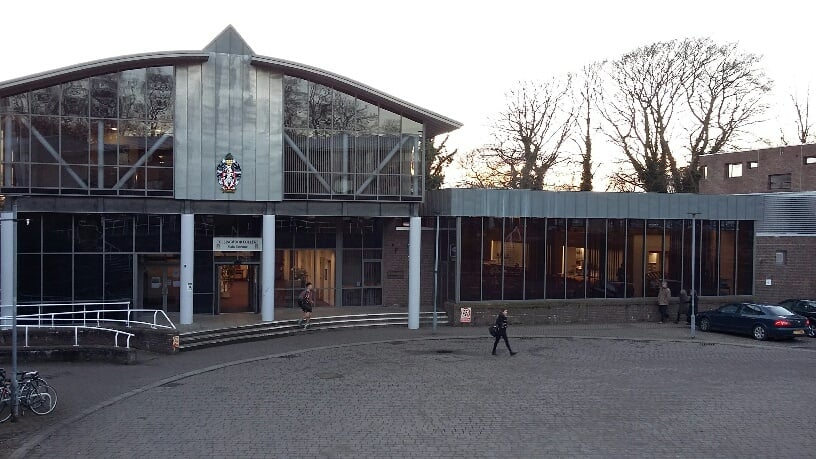 Yes, it’s far away and looks like a leisure centre, but it’s wonderful. It’s the second largest college, but it has more undergrads than any other college. The bar is spacious, and a bit like a country pub, but without the Sunday roast. It does however have a stag’s head hanging on the wall, which is fun. It’s on the hill, so a nightmare if you’re an arts student, but what’s different here? At least you’ll get toned legs. Football teams go from A-L, because of the size of it, so there’s no excuse not to get stuck in. 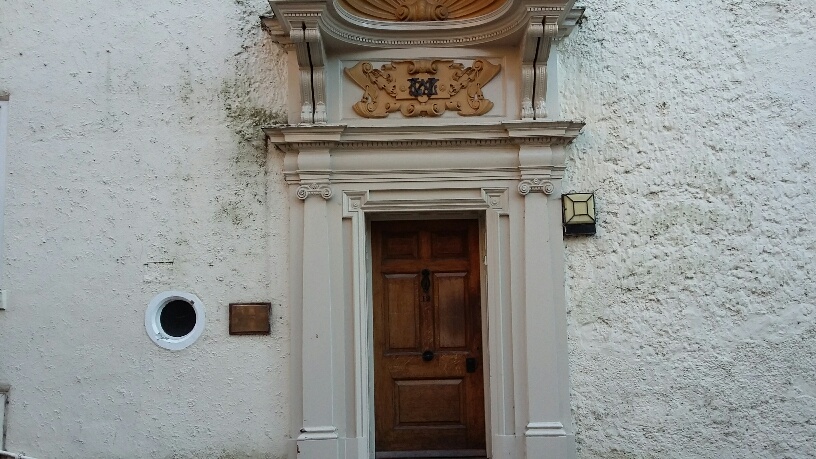 ‘Cuth’s’ is simply an all-round good college: congratulations! They’re technically called ‘St Cuthbert’s Society’ because they’re indie. The bar is cosy and always packed. It’s right next the most beautiful bridge in Durham, which is saying something as there are a few. Tell your instagram followers to get ready. It offers self-catered flats at Parsons Field for all those who like to show off in the kitchen, but live anywhere other than the wasteland that is ‘Jobo’. 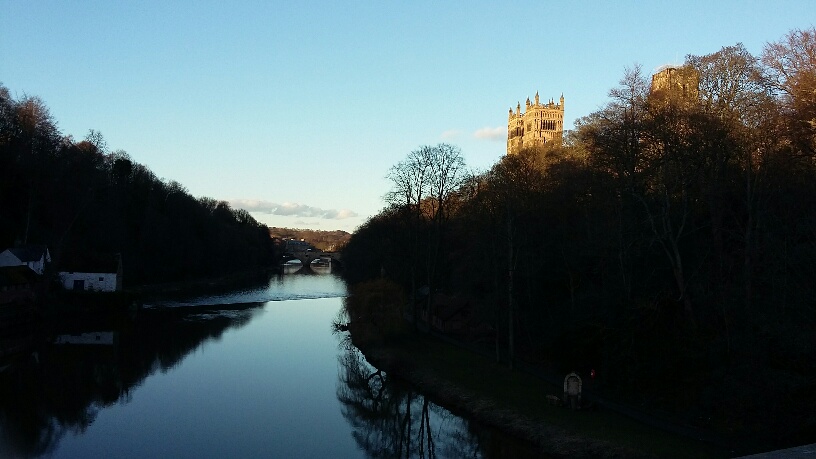