ACS (Afro Carribean Society) Confessions on Twitter has been reported to the police due to a recent post stating that a mature student attending the uni has purposely been having unprotected sex with first year students and infecting them with AIDS.

The tweet states: “I’m a 30 year old black man and I attend Coventry University. I have aids but have a sex addiction and love preying on first year girls and having unprotected sex with them. I’m such a nice guy they wouldn’t ever suspect my illness.”

The uni has responded via Twitter and reported the incident to West Midlands Police. Coventry University said: “We suspect this tweet is a hoax but we have reported this to the police. If you are a student with us and have concerns regarding harassment, please report it using our harassment reporting system. Our students can contact our health and wellbeing team and the student union advice centre if they are in need of support.”

So far, ACS Twitter confessions is refusing to expose the writer of the confession stating: “Our whole platform is anonymous, we cannot expose anyone we have no way to. The most we can do is let everyone know what we see and bring it to light”. 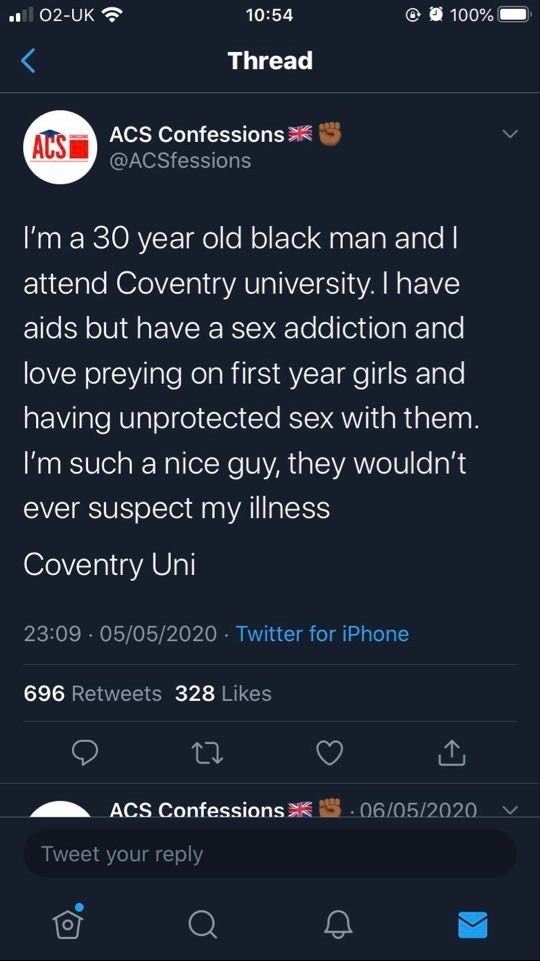 Whilst it is not a legal requirement to disclose a HIV/AIDS diagnosis to a partner (in these terms, someone who you are in a relationship with), you may be found guilty of gross negligence if the following criteria has been met regarding sexual intercourse and your diagnosis:

• You had sex with someone who didn’t know you had HIV.

• You knew you had HIV at that time.

• You understood how HIV is transmitted.

• You had sex without a condom.

• You transmitted HIV to that person. 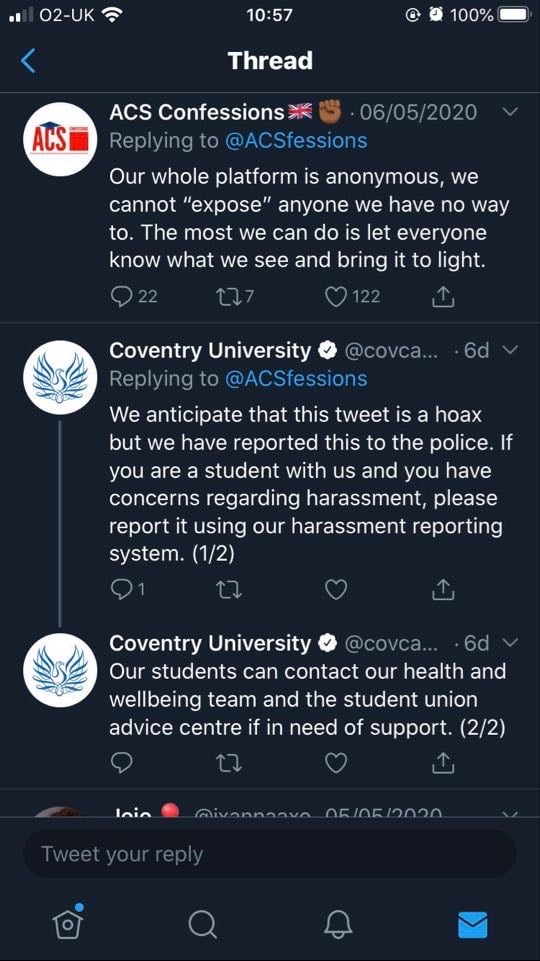 ACS’s and the uni’s response

If anyone has an information regarding the current situation, please do come forward and we will update the information wherever possible.