Cardiff gave History students incorrect marks on an essay and now they don’t know if they have a 2:1 or not

They won’t find out the correct marks for a week

This means that some students who thought they got a 2:2 in their overall degree calculations may in fact have a 2:1.

"While we are not sure what has happened – tutors are expected to sign off marks as correct – after investigation we have corrected all the marks on the module". 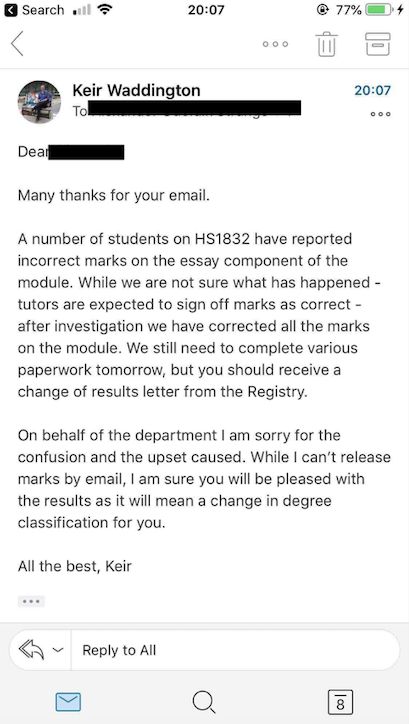 A final year History student affected by the error told The Cardiff Tab: "It made me uncertain about all my grades and if the degree classification I got was the right award.

"I'm still unsure as I haven't been sent an updated transcript and I may receive a different classification than the one that I originally thought. After three years of SHARE I shouldn't have expected different really".

It has not been officially confirmed when the correct marks will be released.