If you’re looking for some ~spooky~ light-hearted relief from work, look no further. Witches, a female and non-binary sketch show, is structured around the concept of four witches bickering and exchanging banter in uni halls, and will leave you elated and excited to see more female and non-binary comedy.

There were some really stand-out sketches that absolutely need to be seen. The performers all had their individual comic styles which complemented each other beautifully. The extensive multiroling and ability to make myriads of characters distinctive was a real strength. Some particular standouts, in my opinion, were the stranger things sketch, haunted house estate agency sketch, and extreme trick or treat sketch (which has an amazing twist). But the beauty of the show was the variety, which meant that everyone had different favourites. 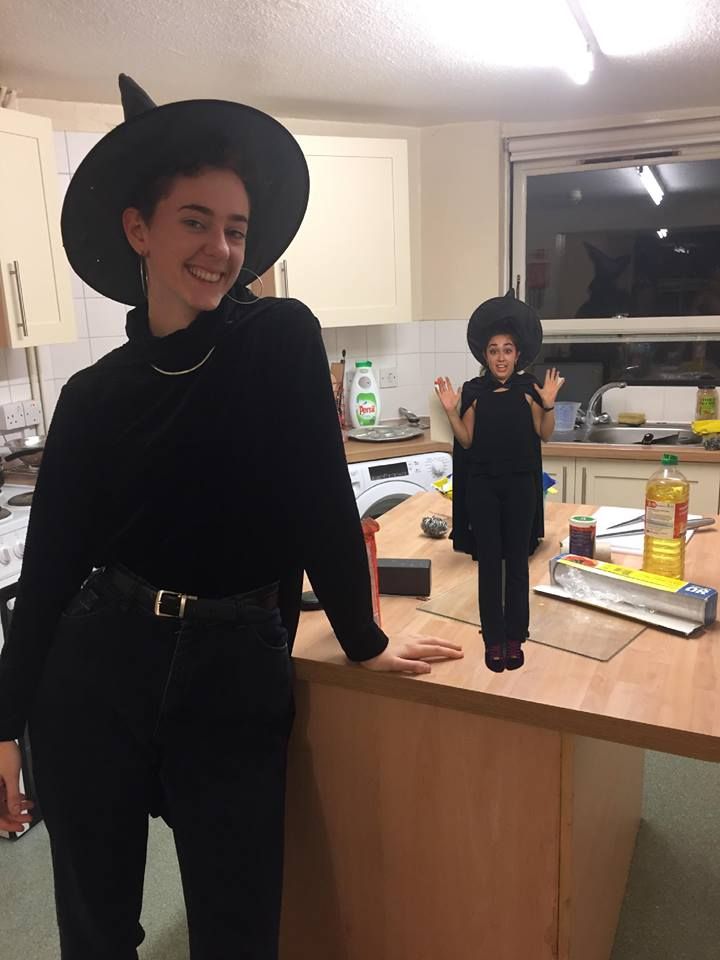 Music is not something that’s often talked about in reviews, but honestly the music for Witches contributed massively to the upbeat, humorous atmosphere. The segways and puns worked into the sketches throughout, building energy and excitement in an amazing way. Transitions (especially the number of blackouts required in a sketch show) often have the potential of dropping the energy from the sketches, but here they actually increased it and made the transitions such a fun part of the experience. The song choices were hilarious, and definitely not to be underrated.

The performers worked well with any small technical glitches, never coming out of character and improvising to keep things running smoothly. The videos and projections were a little hard to make out as they were projected onto fabric, but in a sense the distortion the curtain provided added to the spooky vibes of the show. 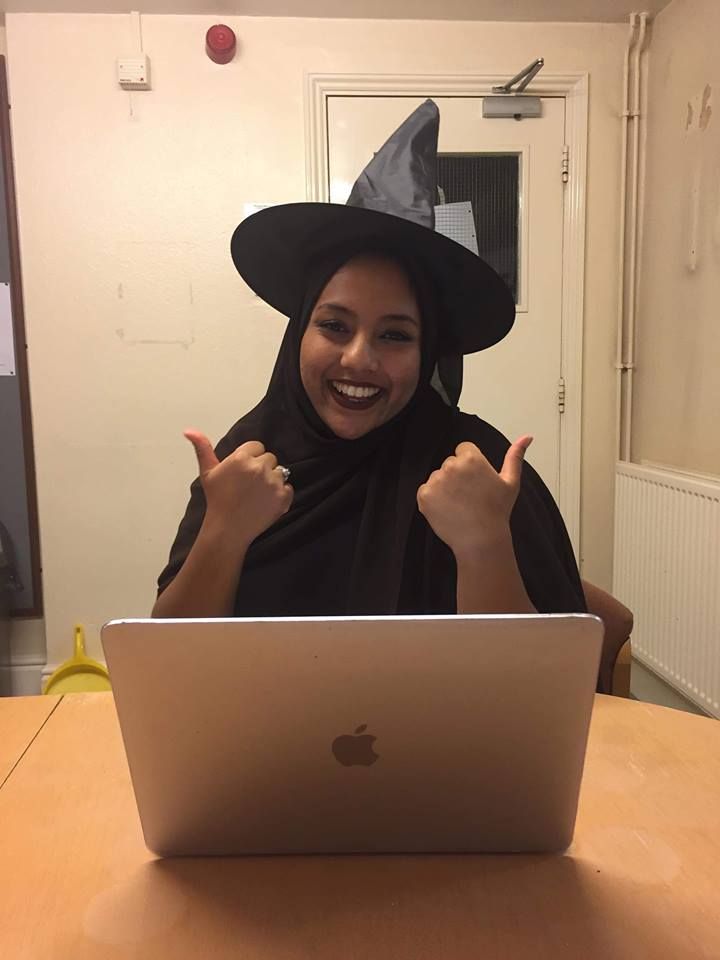 The structure was a central aspect which in some respects let the show down slightly. The framing device at times well judged, featuring witchy housemates squabbling over the flop that is their Halloween coven party. The concept in itself was original and fun, adding a great layer to the show, and it was returned to with consistency, providing a structure around which to bounce the sketches. We laugh at Alice Tyrrell’s ingenious knowing portrayal of the elitist Hogwarts student who won’t shut up about her superior education, and over how relatable flying accusations of not having washed the cauldron for weeks are. However, there are moments where these sequences are slightly too drawn out and arbitrary (the meta joke about providing the audience with some exposition is funny for a reason). Though providing structure and narrative, they could potentially have been shortened to provide more room for sketches, which were overall very strong. The end sequence really summarised the whole aim of the show, though, drawing it a close with a fabulously witchy, ‘night night, sleep tight, and don’t let the patriarchy bite’.

This was a very exciting show with lots of potential which provided a rare platform for exclusively female and non-binary comedians. I am so excited to see these comedians continue and flourish, as I’m sure they all will. The show wasn’t perfect, but there were some real flares of comic genius that will leave you crying with laughter. Definitely one to see to get you through week 5.

We’re back and better than ever

Forget Colin vs Cuthbert. This is Colin vs Carl vs Clyde vs Curly vs Charlie vs Wiggles

The group of students has already raised £20,000 for their cause

Any mention of Toope and your cover is blown

Top-notch tunes: We asked Cambridge students what music they listen to for studying

As Shakespeare wrote: ‘If music be the food of studying, play on’