Students rally outside Senate House in last push for divestment

Meanwhile, one man makes a fiery stand against divestment…

An estimated crowd of 200 gathered outside Senate House and Old Schools to apply pressure on the University Council as they meet to make their decision regarding divestment. 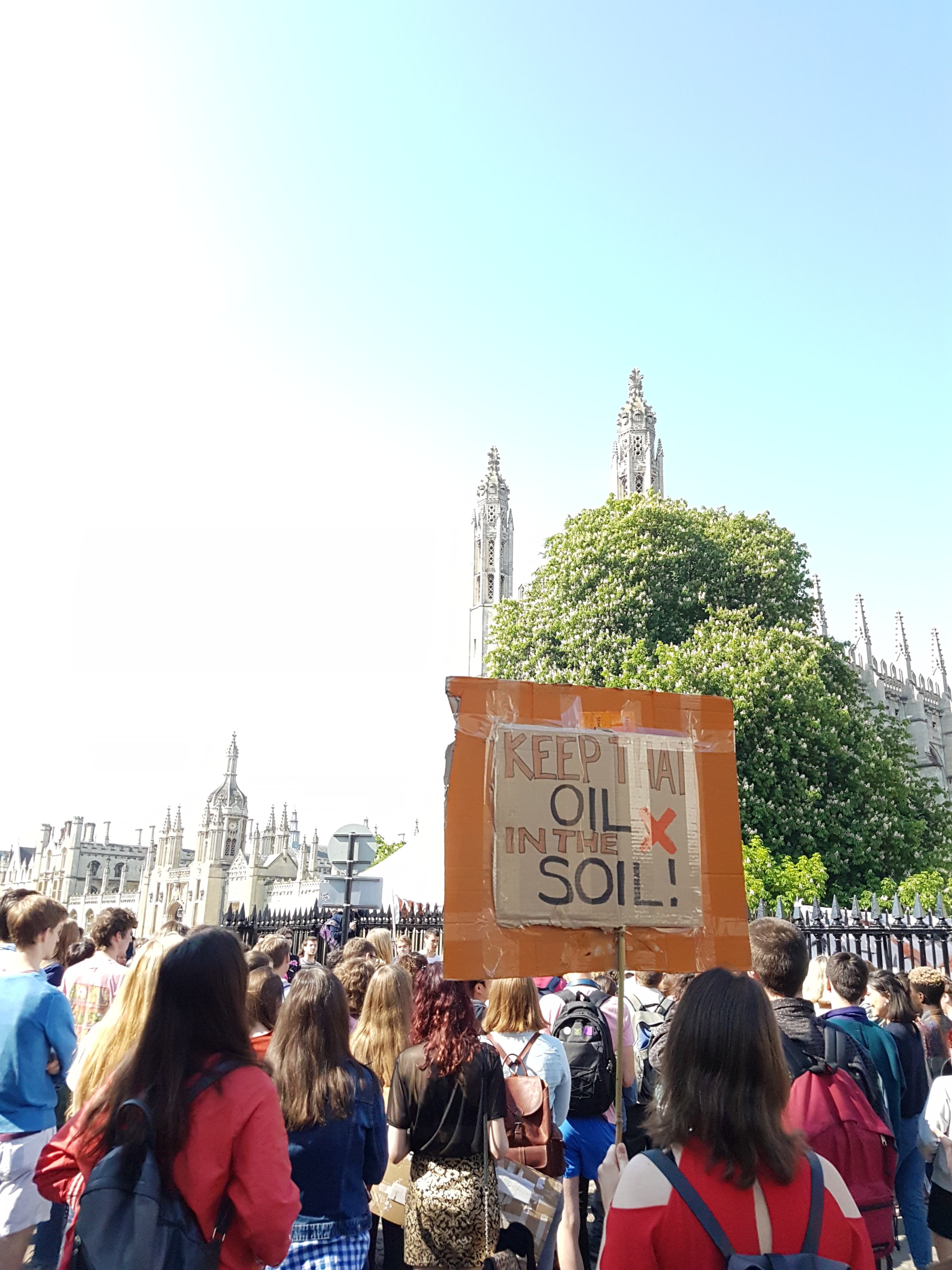 Singing fossil fuel adaptations of the songs 'Oh When the Saints', 'Rehab', and 'Hey Baby', and banging pots and pans, Cambridge Zero Carbon Society followed through on its promise to "make some noise and show the university that the students and academics of Cambridge want full divestment".

The protesters said "they need to recognise the moral political and social responsibility to divest", also chanting "this is one moment in a fight for the democracy of this university. Who's university! – Our university!" 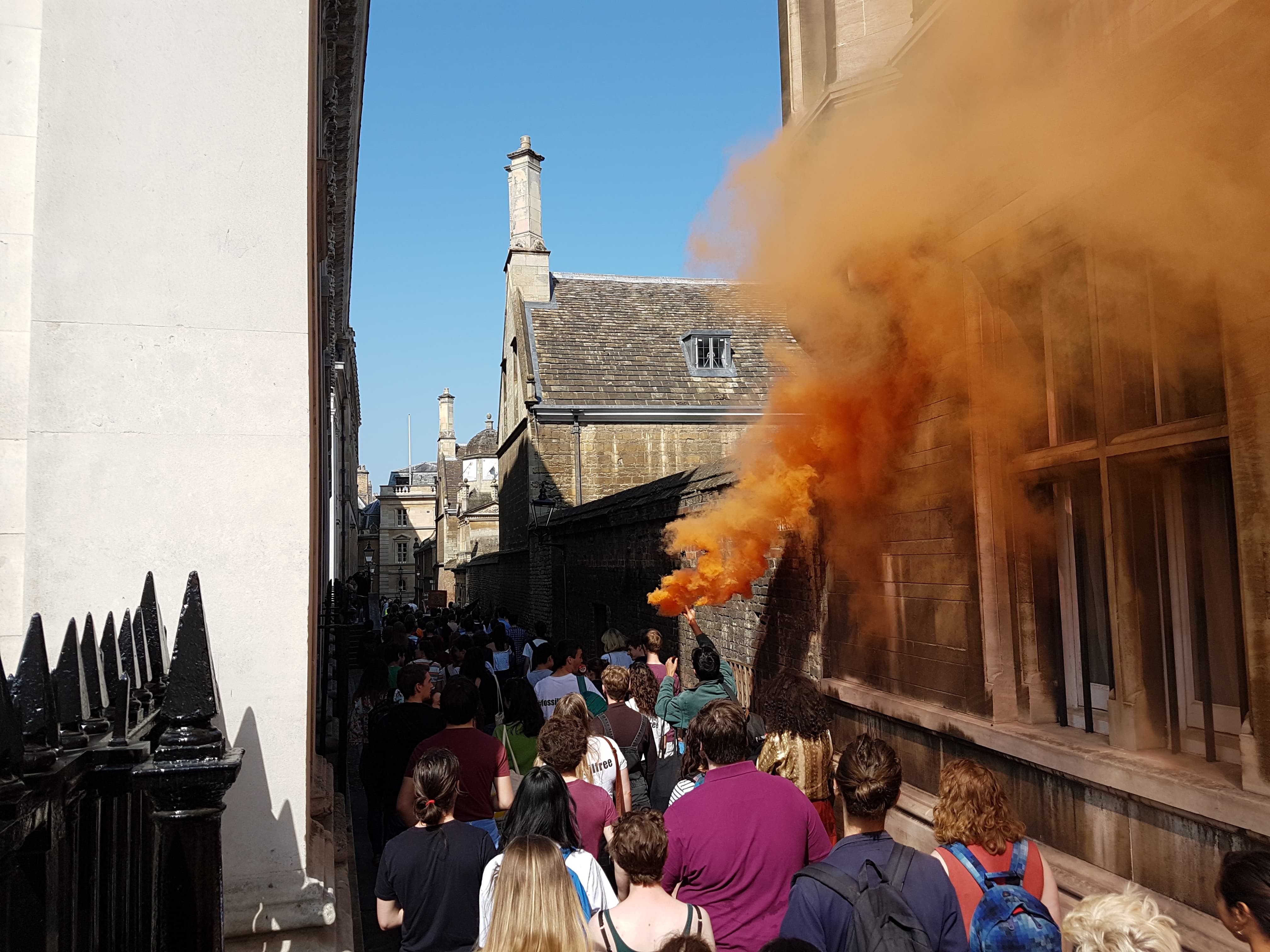 However, one man argues this is not a democratic fight and that the Cambridge Zero Carbon Society represents the views of only a small minority.

Rickesh Advani brought an incinerator to the scene, making the statement: "I am showing I don't care about what I put into the environment". 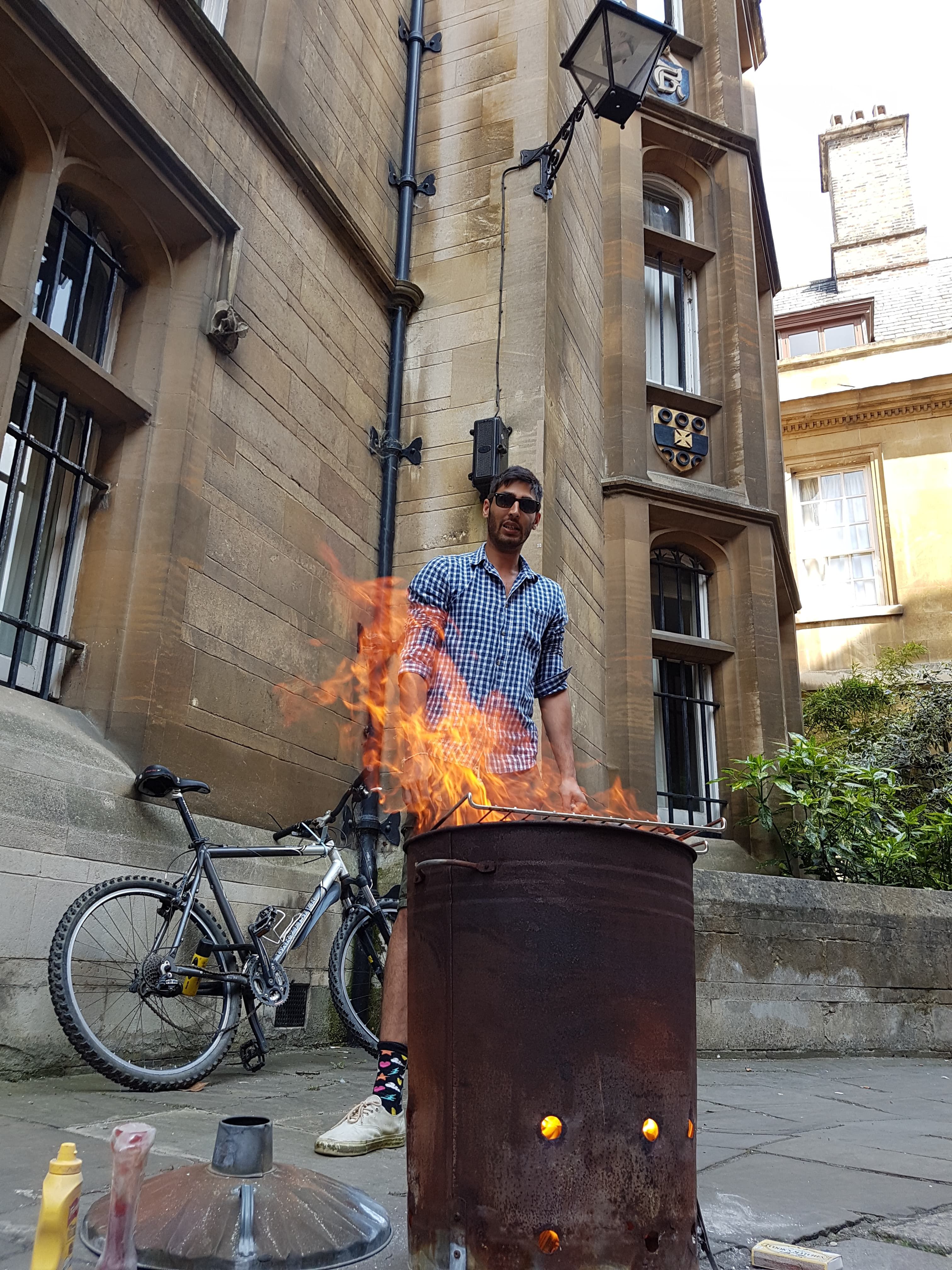 Advani's BBQ was a one-man protest against the "leftist stance", arguing that "to demand that we should not have this kind of wealth is not appropriate, we are not fund managers – we are students". He compared this protest to the gun control campaigns in the United States, saying "in America, they are stopping us having guns. Here, they are stopping us burning! I support positive carbon emissions."

While Advani made his statement alone, CUCA expressed support, criticising the "antisocial behaviour of the Zero Carbon Society".

The Cambridge University Conservative Association believes the protesters are "not taking into account the financial realities", adding "the methods are fundamentally counterproductive". 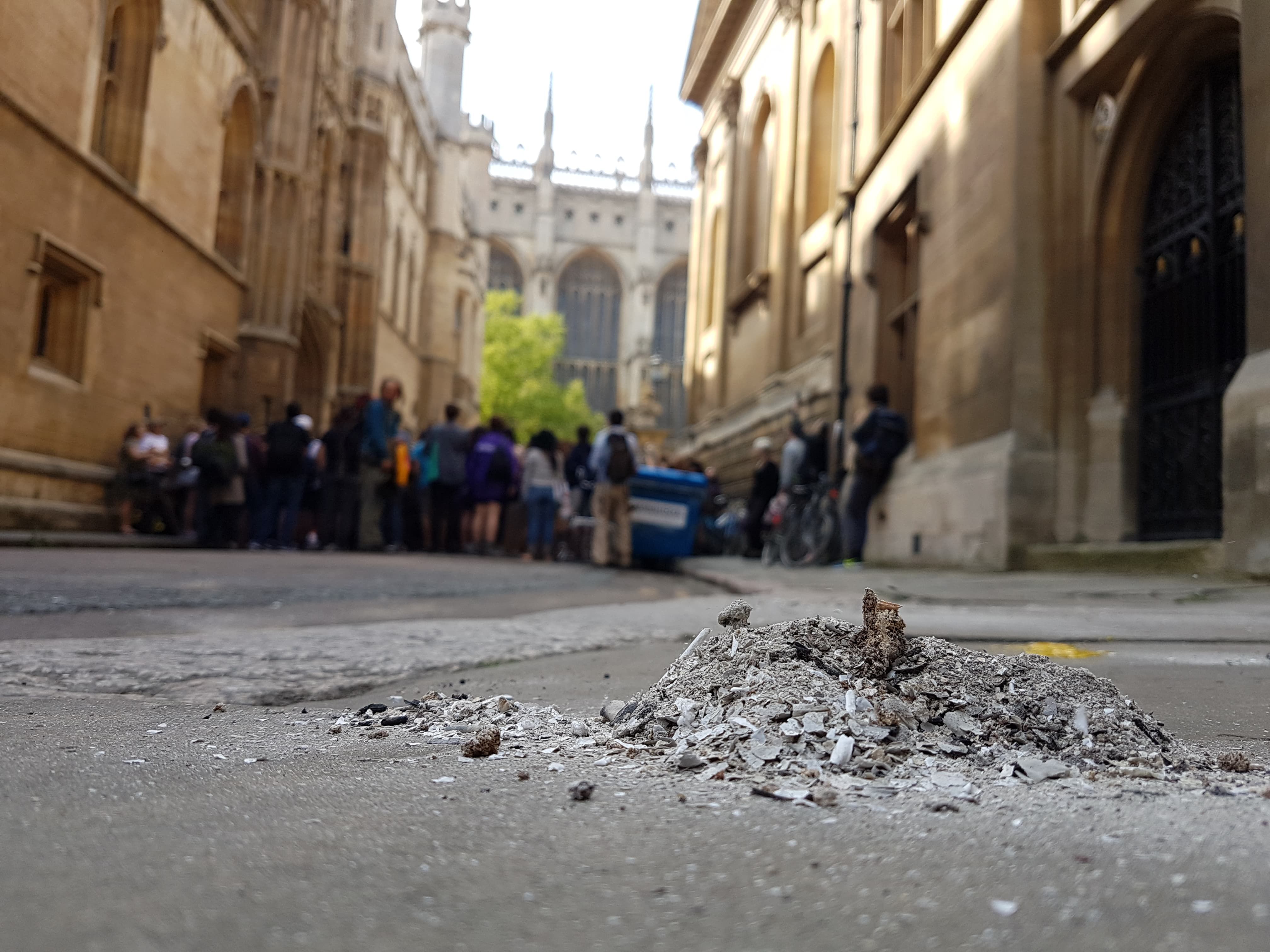 Advani left a pile of carbon in protest

The Zero Carbon Society has made no comment about Advani's BBQ, but an anonymous student claims that the incinerator was outside their bedroom and has affected their asthma.

Despite Advani's and CUCA's comments, the divestment rally was attended by a large crowd who were loud and adamant in their message. It is yet to be seen whether the "three years of lobbying, thousands of petition signatures, and motions in favour of divestment from Regent House, UCU, CUSU and the GU" will have impacted the decision of the University Council. Keep followingThe Tab for updates as they happen.