Decoration not ‘defacement’: Cambridge must face up to Climate Change

On Monday students from Cambridge Zero Carbon Society brightened up the walls of Senate House with colourful public art, emphasising the urgency of the climate crisis in the run up to University Council meeting on Monday 21st June, during which the final decision on divestment will be made.

The legitimacy of divestment has been established by the fact that more than half of UK universities have committed to divest, including 16 out of the 24 Russell Group unis. With 64 Universities already divested, Cambridge is starting to look like the odd one out, and not the front-runner they claim to be. The undemocratic University administration has failed to follow the example of other unis – as well as big names such as the Church of Ireland and the entire city of New York. This has prompted suggestions in certain national press outlets that upper management might be in thrall to Big Oil… 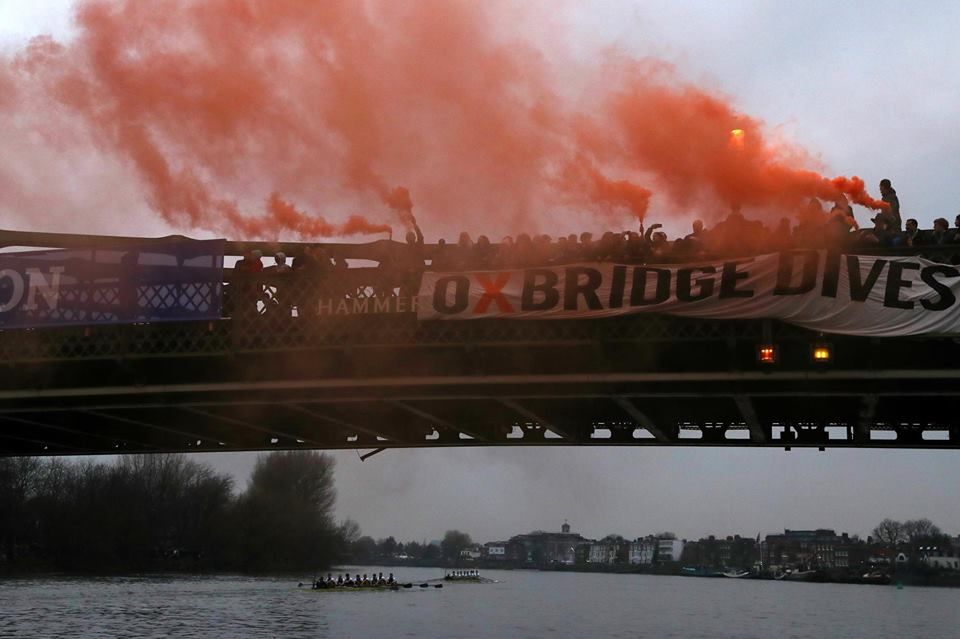 Beautiful orange plumes in the sky at the Varsity boat race

Motions have been passed at both CUSU and Regent House. Thousands of students have signed petitions. Academics have voted for divestment. A banner was dropped and flares let off during the Boat Race. The University’s finance office was shut down.

But still, Cambridge continues to turn a blind eye. The democratic route in this University is completely broken: University management is unaccountable and doesn’t take the values and concerns of its members seriously. Meanwhile, we are in a climate emergency which threatens millions of lives across the world. This leaves students with no choice but to take direct – and creative – action.

The chalk we used on Monday is water-soluble and can easily be washed off with no damage at all – climate change, on the other hand, is irreversible. When the University commits to full divestment, students from Zero Carbon will happily wash off the chalk themselves. 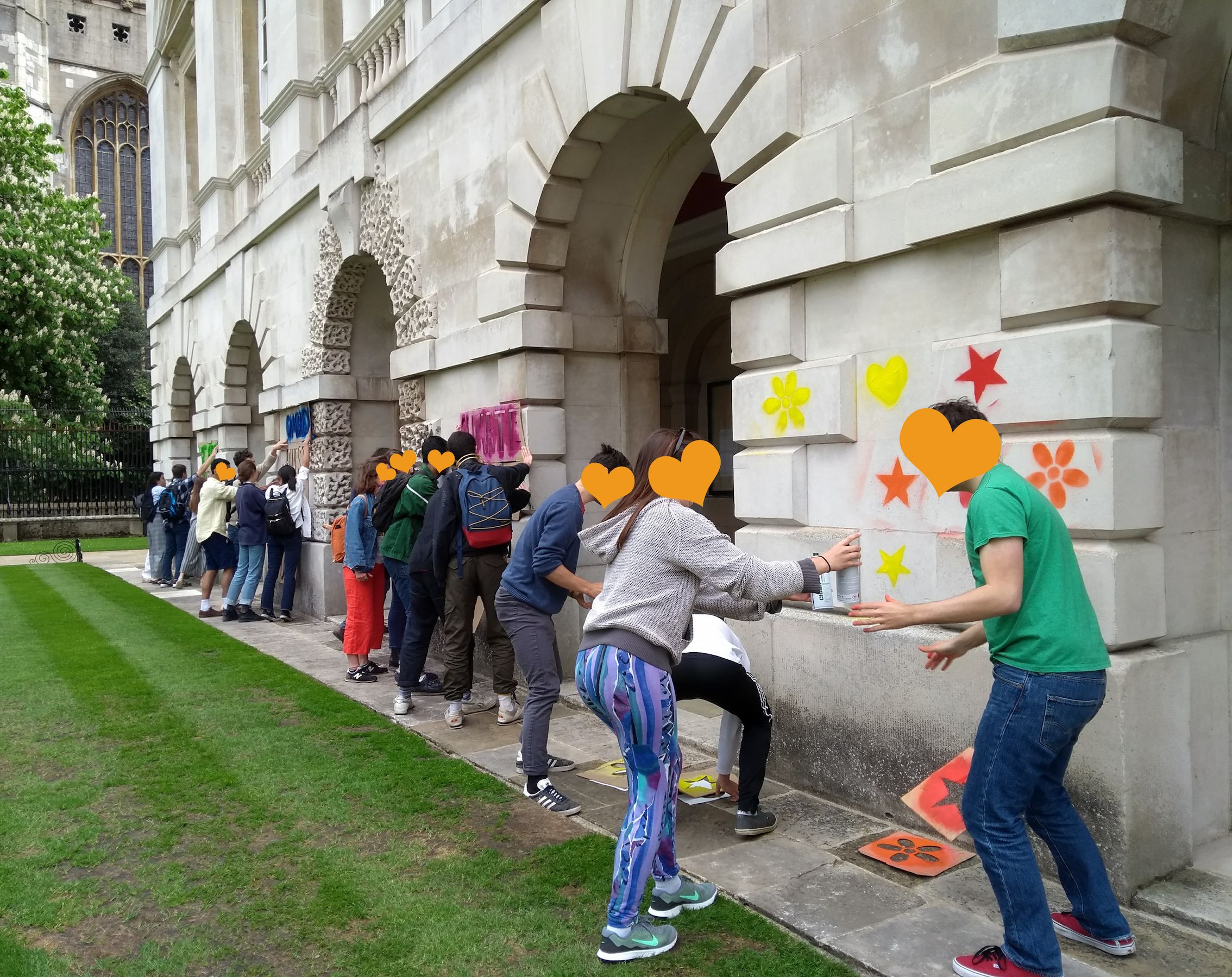 Divestment is not directly about financial impact, but about removing the social legitimacy upon which the fossil fuel industry operates. The fossil fuel industry has funded climate change denial for decades, lobbied against efforts to transition to a renewable economy, and is planning for a calamitous 5 degree future, which would disproportionately affect people of colour in the Global South. For years they’ve tried to blind the public to the reality of climate change: it’s about time the public knew who the real 'criminals' are. This way, public opinion can act as a catalyst for policy change to a just and sustainable future.

Cambridge University is in a unique and privileged position with the largest university endowment outside of the USA. A commitment to divestment would set a powerful precedent. We can be at the forefront of a global movement to create a sustainable and just future (and not just by recycling our hummus pots!).

Vice Chancellor Stephen Toope himself says that Cambridge should be a 'social leader', yet rather than leading on social and environmental issues, he insists on keeping us invested in an industry which has created and still accelerates an existential climate crisis, not to mention their appalling human rights record. Students and staff have made it unequivocally clear they want their University’s resources directed to better ends than this.

To whom do the resources of this University belong? Is it the public? Or it is big oil and private financial interests? Recent events suggest the latter. In light of BP Chief Bob Dudley's veiled threat to withdraw research funding if the University commits to divestment, it is vital that we reassert academic freedom and take it into our own hands to ensure that Cambridge’s investment policy lines up with the values of its members.

For three years now we have attempted to engage the university in conversation and they haven’t listened. Now students must make them listen. Zero Carbon's direct actions are undertaken because they must be, and because they are the only avenue we have not yet exhausted. The university is complicit in climate breakdown, and as students we cannot consent to this. The emergency measures by students are necessary in the face of the immanency and severity of the climate crisis.

A historic decision is to be made next Monday which is of significance to all our futures and the hope of a just and sustainable world – let’s ensure it is the right one.