Review: Why is John Lennon wearing a skirt?

An open manual about what ’gender’ and ’social construction’

HSPS students, this is the play for you.

Is it really necessary to define ourselves? Can you categorise identity as if it were only a line in a dusty, dog-eared encyclopedia? If labelling is unavoidable then this is a play about a gay boy forced to be born into a female body. But this self-definition doesn’t come immediately. We see that it was preceded by a constant feeling of being different, an outsider, a freak.

The show starts with the Performer’s (Rosanna Suppa) childhood as a tomboy, when he found it easier to pretend to be John Lennon instead of being himself. In order to avoid loneliness during his teenage years, a complicated enough period for anyone, he makes an effort to dress and act as the society expects him to: as a girl. He desperately tries not to feel strange, until he finally gets accepted and loved for he is. 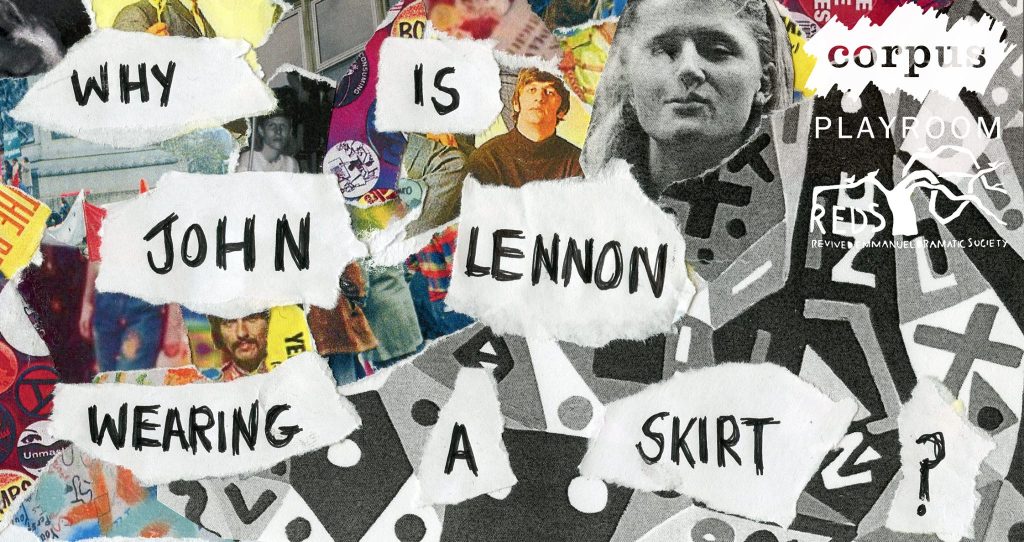 Sometimes he refuses to be female so passionately and accusingly that I felt awkward for wearing a flashily red lipstick. But this show made me think about the idea that perhaps it’s not embarrassing, but rather a misfortune to be born as a woman. Because, in fact, we see two stories at the same time: one is about identity and the other is about feminity.

The Performer doesn’t refuse feminity itself, but the oppression that comes with it and the roles to which we have to adapt ourselves. He tells how it begins in childhood when you “always have to watch your knickers”. Later there is the pressure of choosing a profession accordingly. Then suffering harassment in unexpected situations. The most poignant part in the story about not ruling your own body is the moment when a boy struggling with putting on a condom called his partner stupid for not being on pill. But we are reminded that most of the time a woman is simply identified with a womb. Or on the contrary, a woman is told to be everything and have everything, perfect in all the expected roles. 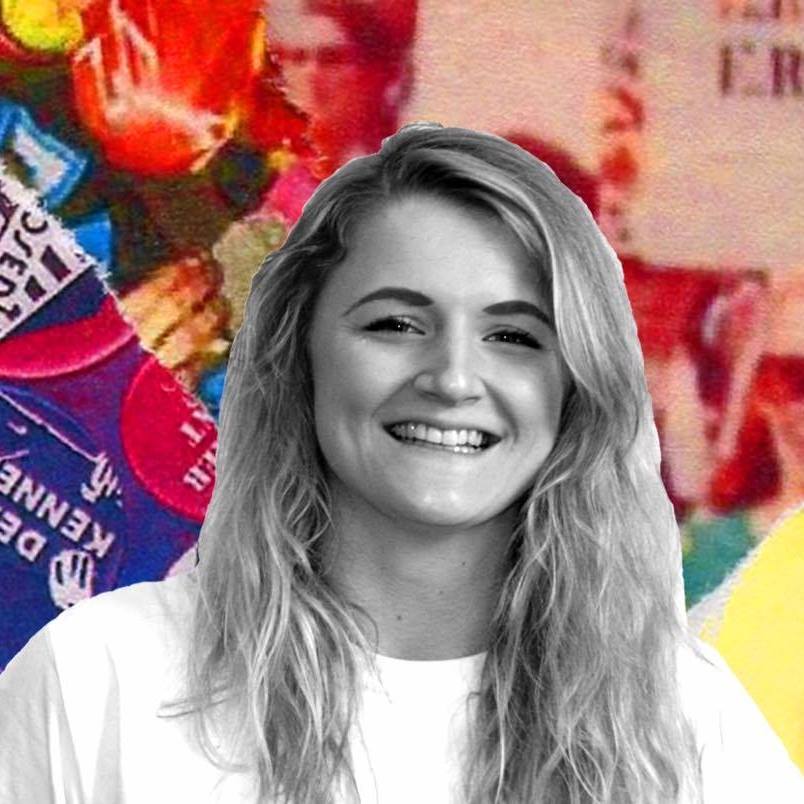 Rosanna Suppa as The Performer

Rosanna Suppa as The Performer is like a tsunami. She has so much energy that at points I was afraid she would knock down the walls. Disclaimer: because of her overwhelming dynamics sitting in the first rows might be dangerous. Suppa’s presence on stage is versatile: besides her convincing character acting, she sings the Beatles’ Help to great effect, and her moves are so conscious that it is as if she was dancing through the show. It’s a shocking transformation when she turns a striptease into putting on some sloppy boyfriend jeans, but she cannot be intimidated, whether barefoot or in platform heels. The setting evokes the impressive John Lennon Wall in Prague, and matches well with the publicity, even if by the end of the play the stage is more cluttered than a teenage boy’s room.

This monologue is highly effective but not exhausting thanks to its sarcastic humour, and Rosanna Suppa’s boundless energy doesn’t let you fall into despondency after leaving the theatre.