Protestors were seen dancing to 80s disco in garish clothes

Students who braved the long queue to see the controversial columnist were greeted by loud but non-violent protesters, who blasted several 80s disco tunes at the bemused Union officials, including Bee Gees classic ‘Staying Alive’ and Chaka Khan’s ‘I’m every woman.’ Chants such as ‘Hate speech is a crime Hopkins should be doing time’ and ‘Say it loud say it clear refugees are welcome here’ were heard outside at the Union, augmented by megaphones and PA speakers. 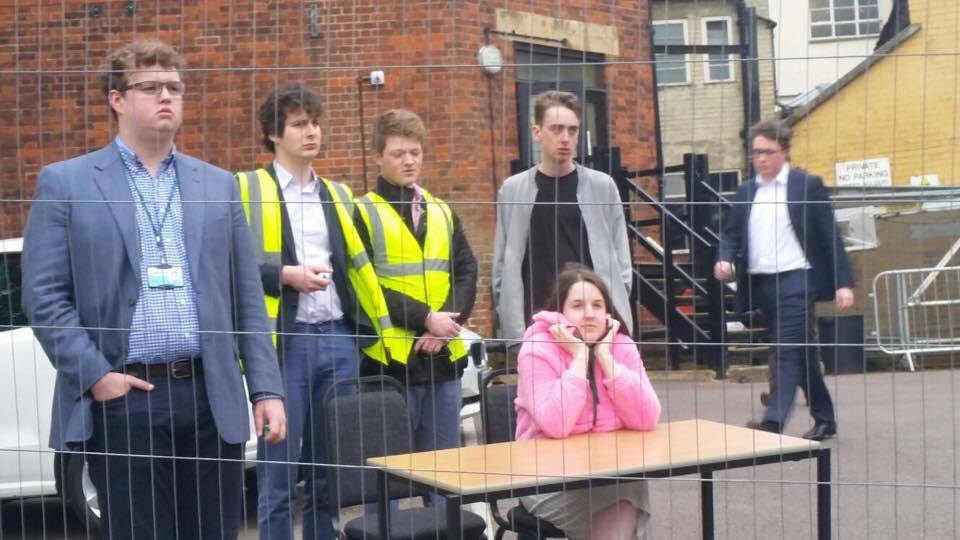 Hopkins’ speakers appearance has been a huge draw for Union members, with a massive queue stretching beyond the ADC theatre waiting to get a chance to hear her speak. The controversial nature of the ex-Daily Mail columnist lead to implementation of ‘Enhanced Security Measures’ by the Union, who hired at least eight private security officials to cope with the protest planned by Cambridge Rise Against Fascism. Two policemen were also seen at the event.

Scenes of shocking violence, carnage and fashion sense from the Cambridge Union

Several protesters held banners and placards criticising Katie Hopkins for inciting hate speech. Many of the more optimistic ones proclaimed a world without elitism and hate, while others told Hopkins to ‘FCUK OFF’. In one instance, pictured below, Hopkins was caricatured next to text reading ‘Refugees Welcome, She is not’. 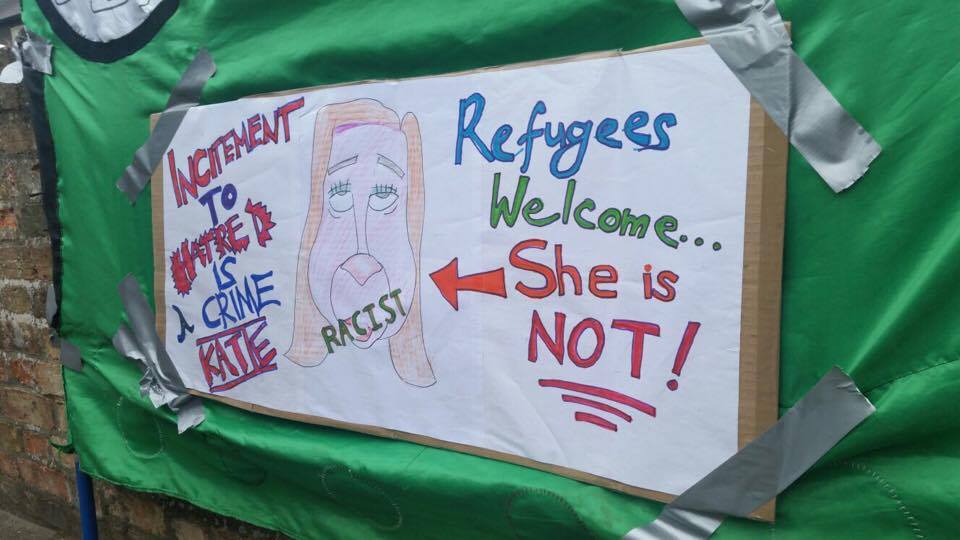 One protester told the Tab “I would have thought that Cambridge union with their funding and resources, especially considering their former guests, they could have found someone with a bit more depth and intellect to add to the discussion”

“It’s not about free speech. Inviting someone who has described refugees as cockroaches is racist. Racist attacks in the wake of the referendum… it’s important that this election doesn’t become [sic] respectable. It’s not respectable any more.”

Another quipped “she’s a fucking bitch. A racist slag.”

With students now inside the chamber, the event appears to be moving along without any signs violence or disruption.

Follow the Tab for more updates and an exclusive interview from Katie Hopkins herself.