Right wing firebrand Katie Hopkins speech at the Union this Tuesday is set to be subject to ‘Enhanced Security Measures’ following the set up of a protest against her appearance.

A demonstration entitled ‘Tell Katie Hopkins Refugees Are Welcome Here‘, hosted by Cambridge Stand Up To Racism is set to take place on the night of the event at the Cambridge Union, “calling for all those who oppose racism and bigotry to protest.” Motivated by the Hopkins’ previous remarks on the refugee crisis, as well as on issues including obesity, feminism and prisoners, the protest’s facebook page states that it wishes “keep racism out this election, something the prejudiced outpourings of Katie Hopkins threaten” after last years referendum was “tainted by appalling racism (from both sides)” 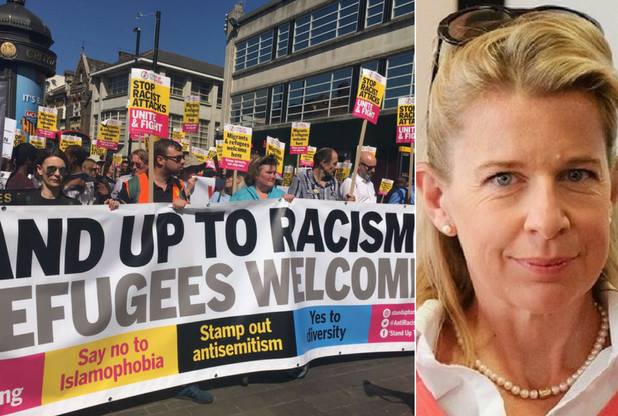 The protest is organised by Cambridge Stand Up To Racism

As a result of the planned protest, the Cambridge Union has announced ‘Enhanced Security Measures’ will be in place at the event, including extra security guards and more extensive bag searches. On the Facebook page for her visit, the Union have said “Whilst we hope members will challenge Ms Hopkins’ views, the Union reserves the right to remove those causing a disturbance from the premise.”

Hopkins has caused controversy in the past over her remarks on refugees, comparing them to cockroaches, and in one instance recommending using gunships to stop them. Having gained a reputation as ‘Rent a Gob’, she has gone on to insult the obese (stating “Would I employ you if you were obese? No I would not.”) as well as prisoners with mental health issues, telling them to kill themselves.

Stand Up To Racism, the organisers parent group, have also previously courted controversy. They’ve been accused of having strong links to the far left Socialist Workers Party, who were criticised for “putting its own internal interests above tackling rape and supporting complainants within its ranks” following a scandal in which accusations of rape and sexual assault by a senior committee member were swept under the rug by the party. Stand Up To Racism this week disrupted the UKIP election launch at the Marriot Country Hall Hotel in London. 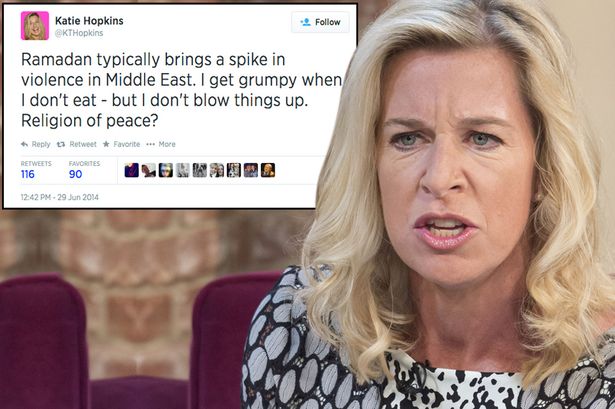 Speaking to the Tab, the Union President Harry Stovin-Bradford commented on the issue: “The Cambridge Union is excited to welcome Ms. Hopkins to speak on Tuesday at 7PM. Both this event, and the protest that is being planned for it form part of the proud tradition of free debate that the Union defends in this University and beyond.”

“We are requesting that our members arrive early for the event as so to accommodate not only the queuing that will be associated with an event we imagine will be this popular, but also to ensure that safety of our guests by allowing for a greater than usual security procedure to operate. We request that members refrain from bringing large bags to the event, and that they regularly check both their emails and the Facebook event page for more details and further developments.”