Took one for the team

Mathmos. A common, abundant species unique to Cambridge, they tend to move in packs and are quietly despised for their a) horrible lack of social skills and b) inevitably brighter employment prospects.

But let’s admit it, many of us (admittedly probably during the lower points of our lives) must have wondered for a split second what it would really be like to engage in a relationship with one. Fear not, comrades, for I have taken the bold step for all mankind and have survived to tell the tale.

Firstly, you can forget about winning anything with a whiff of strategy or skill from now on. Did you fancy yourself the reigning champion of Monopoly Deal? Fun fact – the mathmo pre-fresher ‘bonding’ activity week consists of playing copious amounts of Set.

Your new mathmo sweetheart will now obnoxiously dominate every game, and as you become more incensed at their winning streak they will smirk at you and talk about how it’s all about ‘setting the right probability parameters’ and ‘considering the statistically most likely outcomes’ (actual real life quotations). The best thing to do in this situation is to grit your teeth and let it go – this is probably the only social validation they will receive all year, so allow them to enjoy this moment. 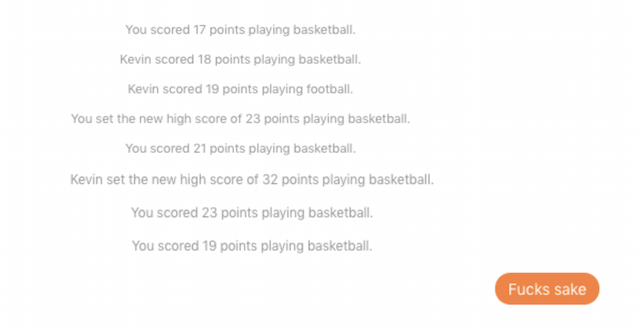 Mathmos may also be predisposed to have a shockingly warped view of what general knowledge constitutes. Upon mentioning names such as Charles Dickens, Charlotte Bronte and Hugh Grant, prepare to be met with gormless expressions and interjections of ‘How am I supposed to know who that is?’ Familiarising oneself with popular culture and the greatest novelists of all time is simply not a priority or indeed, a necessity for your mathmo loved one.
Instead, he or she will consider the name Srinivasa Ramanujan to be instantly recognisable, and then will fail to compute the fact that this is not the case for the majority of (normal) people. Brace yourself for frenzied, hysterical messages such as these as a mathmo tries to come to terms with this: 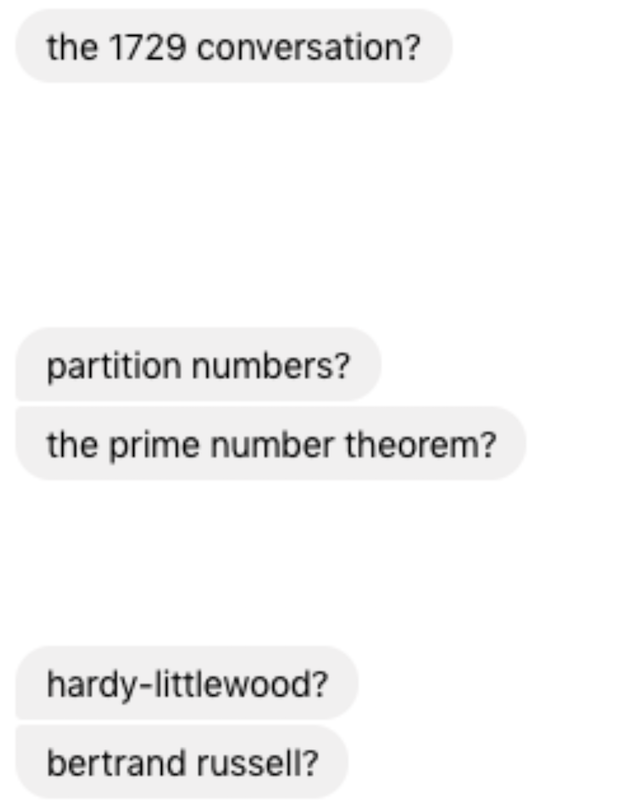 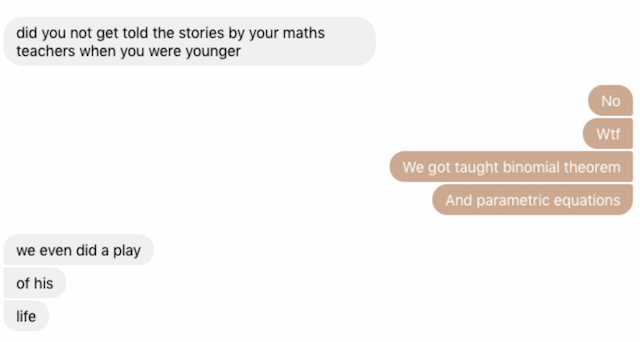 We did Les Mis in school, not Ramanujan: The Musical

Dating a mathmo will come with baggage – namely the crushing weight of the ridiculous amounts of work they get that will obliterate any chance of ‘cute couple time’ you were hoping for, and the whining rights that apparently come hand-in-hand with it all. According to a mathmo, essay crises shrink in comparison to their example sheets. To be fair, I’m pretty sure they’re not written in English:

My fading will to live

In fact, mathmos may see their subject as so far superior to yours that they might not even know what you’re studying – after all, who can waste valuable brain space on knowing what anthropology is when there’s stuff to be learned about Markov chains and set theory?!

Woe betide if you’re an ASNaC

However it’s not all doom and gloom with a mathmo. They’re as awkwardly endearing as a duck-billed platypus trying to use cutlery, and you won’t be able to help but feel a tugging on your heartstrings when observing one emerge from their dark cave, looking bewildered as they attempt to navigate the outside world and interact with humans. Also, let’s not forget that on a purely pragmatic level, they can help you do your numerical tests, work out how to split the bill and allow you to stop trying to do something with your degree and marry rich instead.

So in case you decide to date a member of one of Cambridge’s most notorious species, I will leave you with some instructions for mathmo care: Feed everyday, walk occasionally, and show restrained affection, for too much may overwhelm them and cause mathmo.exe to stop working.

Oh and Kevin, if you’re reading this – My love for you is like a concave function’s positive first derivative.