A musical in two directions.

Two lovers singing the story of their relationship is standard musical fair. However, in The Last Five Years the twist is one partner sings from the beginning of the relationship to end, the other from end to beginning.

Each sings alone onstage, except for the wedding song they perform together halfway through. Jason Robert Brown’s famous musical and clever way of storytelling is done justice by two very talented performers.

Robin Franklin is Jamie Wellerstein, a writer whose rapid rise to stardom causes conflict with his wife. Franklin has an incredible stage presence, and with him onstage there was never a dull moment. His natural exuberance and obvious talent brought a vibrant mix of laughs and tears to the audience, whether he was singing about a Jewish dressmaker at Christmas or about the women he wanted to sleep with.

Lucy Dickson had a harder job: her character Cathy Hiatt struggles to respond to husband’s success as her acting career struggles, and so was forced more low-energy role. Cathy was also less sympathetic character than Jamie, as the audience is introduced to her having pushed Jamie away. Dickson herself however performed admirably, later in the performance occasionally seeming slightly too sweet fawning over Jamie, but overall convincing at telling Cathy’s story backward from bitterness to the naivety and wholesomeness she had in falling in love with Jamie. 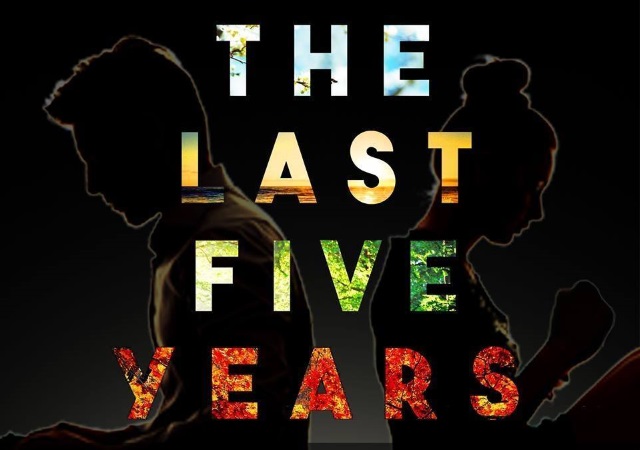 Lateshows are sometimes disadvantaged by so much of their stage space being taken up by the mainshow’s set. However, minimalism worked for this musical. The understated but effective staging allowed both actors to make good use of the space with occasional props and exuberant dancing, and it ensured the focus of the audience was always on their singing. The use of silhouettes was clever, working to both emphasise the increasing emotional detachment of the couple during certain songs, and the tender moments of their relationship during others.

The fast pace of this production meant it sometimes became confusing which point in the relationship was being performed. The emotional nuance was occasionally undermined by the quick switches from despair to humour. However, as my neighbour cried solidly throughout this performance, it evidently still remained a poignant experience, despite the speed.

With alternating songs and unexpected props, the difficult theme of two people’s dysfunctions is made funny, touching and never boring in this greatly enjoyable musical.