Easter term has rolled on, and exam term is finally in full swing.

From Mill Lane to the overpriced sports centre, from practicals in West Cambridge to the education ‘exams’ at Homerton, everywhere throngs of stressed out Cantabs spill their month long nervous breakdowns onto the page. 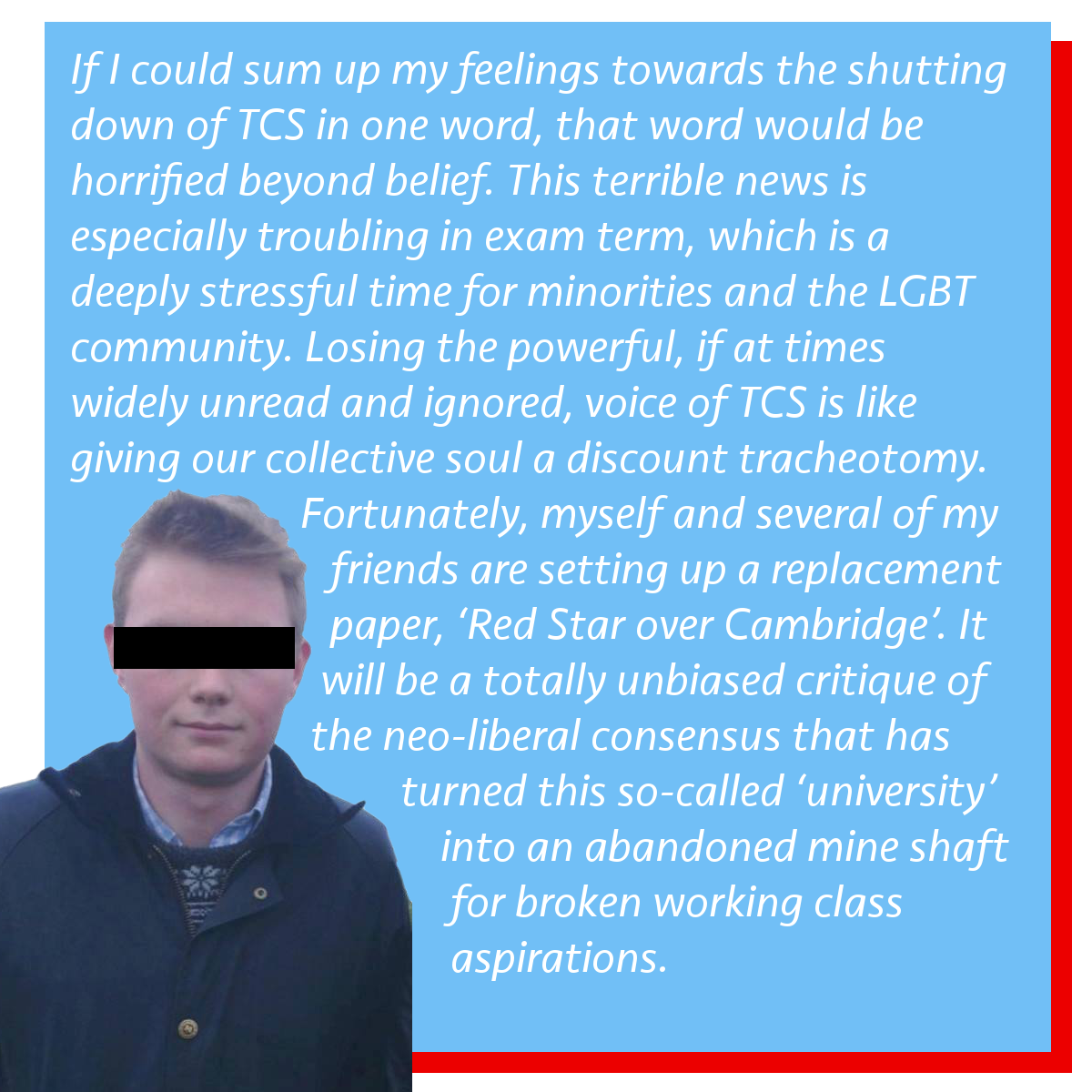 With students spouting more hot air than an overclocked Japanese rice cooker, the organisers of Tit Hall June Event have caved in to fairly absurd pressure and rebranded as ‘Metropolis’ – whatever that means. The move was especially surprising considering Clare has stuck with the much more alarmingly titled ‘Orient Express’. But of course, you can’t please everyone, and one disgruntled Cantab took the time to email in a catalogue of deeply serious concerns with the new ‘theme’.

Describing himself as ‘an angry non-customer’ who ‘refuses to invest capital … in the post colonial hedonism of May Week’, this student takes issue with the theme of Metropolis. After asking how the Tit Hall committee plan to ‘encapsulate the sheer variety of metropolises in one night’s thrill’, and condemning ‘insensitive caricatures of a handful of cities’, the disgruntled student closes by claiming his ‘personhood has been compromised’, and requests they change the theme to the more neutral ‘Place, or Locality, instead’.

The popular ‘dating’ app Grindr can be a fun and straightforward way to meet like-minded torsos in your local area. However, to the sheer horror of Cambo gays (and pro-NUS campaigners), Grindr has become haunted by the spectre of an anonymous poet, looking to trade lyrics for love.

With fresher fashionista Xelia Mendes-Jones recently nabbing free Jesus tickets with a regurgitated Ginsburg piece, it seems the students of Cambridge have learned that from getting wasted to getting laid, all you need is some clunkily rehashed poetry and the online confidence to make it happen. 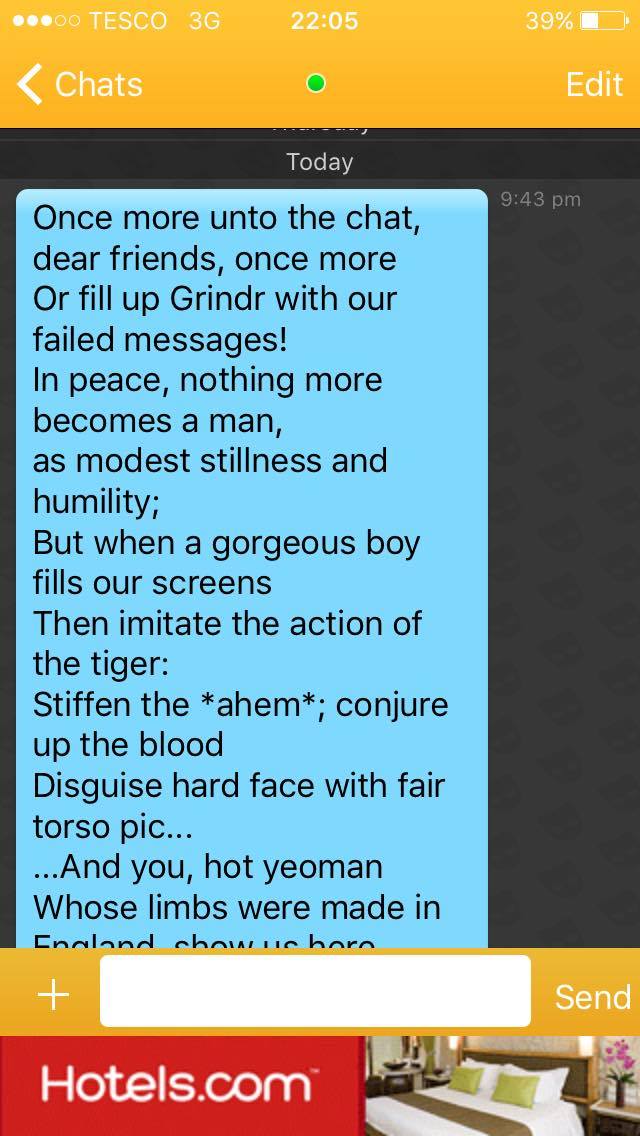 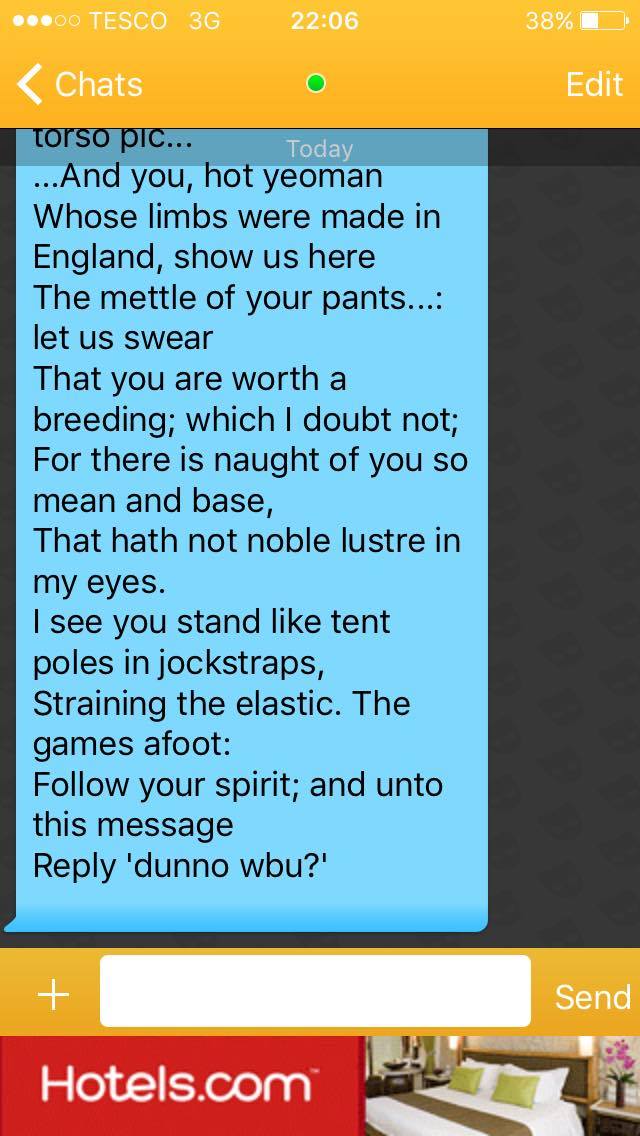 Grindr poet has ruined us all for other men

In a fairly condescending email, the students of Queens’ college have been asked to pipe down for exam term. In an email from college management, they were told to ‘Be considerate of others, especially in relation to noise and disturbance.’ However, considering how sensitive the college’s head honchos were about noisiness, a number of students have apparently been left wondering why the college were otherwise happy to host incredibly raucous corporate formals for various companies, many of which went on until 11pm, most nights in the past week. 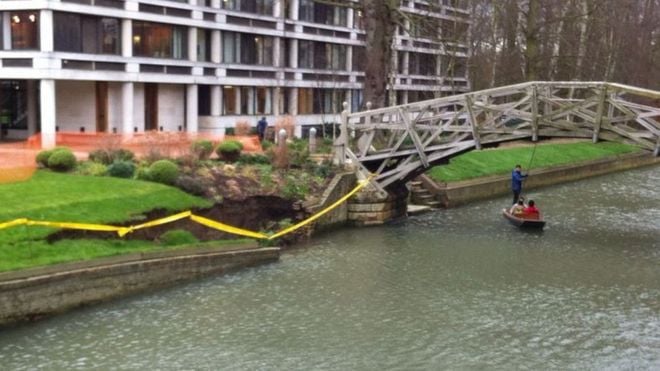 Sinking under the weight of its own lies

Weird Magdalene gets another Weird Email

It appears the degenerates of Magdalene college have taken class conflict to a grimy new low, by throwing up in their bins and leaving the mess for their bedders to deal with. Magdalenites then received an incredibly long email from the college nurse, detailing how students should deal with gastroenteritis. Either Nurse Rothwell is incredibly naive about students, or more likely, took a ridiculous amount of time to write a brilliantly sarcastic email. 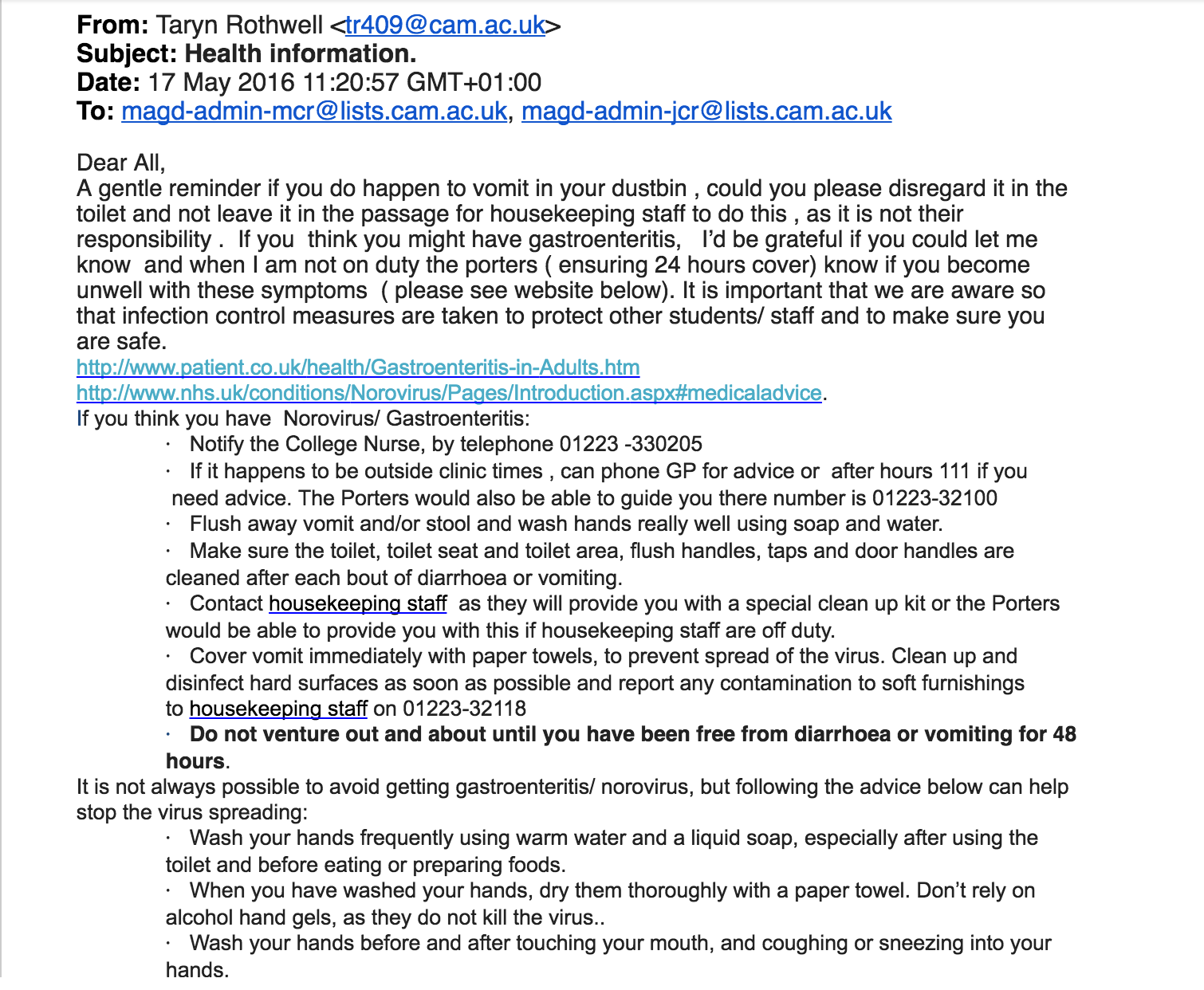 Union Society steps in to save TCS

Rumour has it that the Union has offered to help get the print edition of TCS back up and running, after they were shafted by CUSU at a recent budget meeting. In what will be welcome news to their tens of readers, the Union is preparing to offer them help with securing advertisements, printing support, and even a room in their building to serve as an office.

A trusted source at the Union offered a number of reasons for this noble gesture, ranging from Oliver Mosley being fed up of getting injunctions against newspapers to Charlotte Ivers atoning for her time as editor of The Tab. Whatever the reason, it’s a welcome and well-deserved ‘Fuck you’ to CUSU. 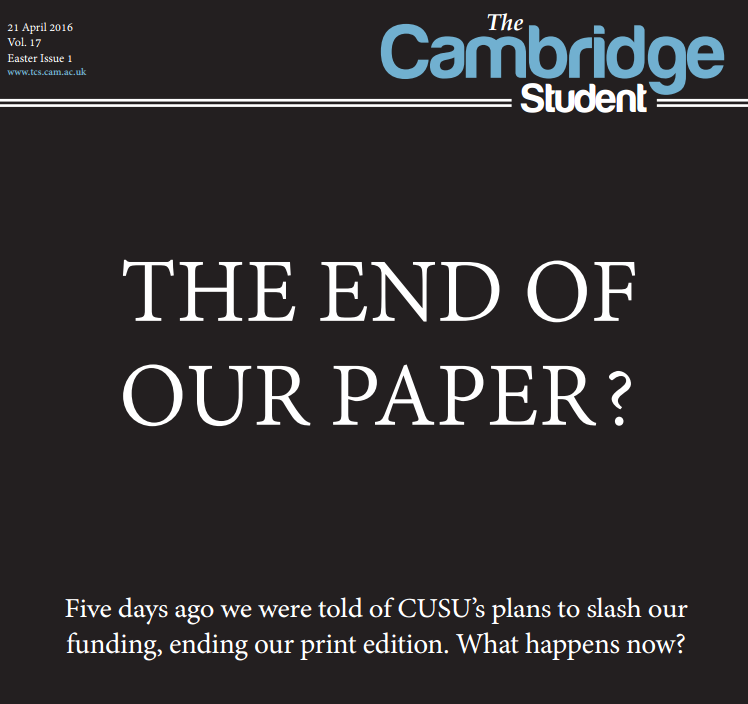