It’s the latest twist in the ballooning, baffling media phenomenon that is Oxford’s “Rhodes Must Fall” campaign

The Rhodes Must Fall Oxford movement is yet again in the media spotlight.

The campaigners want “to decolonise the space, the curriculum, and the institutional memory at, and to fight intersectional oppression within, Oxford” – and the focus of their efforts is on Oriel College’s statue of Cecil Rhodes, the nineteenth century British colonialist.

They have attracted a great deal of attention, not least because of a similar campaign in Cape Town three weeks ago.

This time, however, they’re in the media glare for less sincere reasons. Over the last few days the campign has attracted a flood of criticism following revelations that Ntokozo Qwabe, a law graduate and figurehead of the movement, has received a Rhodes scholarship.

According to Legal Cheek, Quabe was involved in a social media row following the discovery, being accused of “disgraceful hypocrisy” and having a “narrow minded attitude.”

On the Rhodes Must Fall page, Quabe has defended himself, arguing how he is a “beneficiary of the resources & labour of MY people which Rhodes pillaged & enslaved.”

In a letter to The Times, de Klerk writes that “if the political correctness of today were applied consistently, very few of Oxford’s great figures would pass scrutiny.”

Earlier today, the campaign published an open letter in response to de Klerk’s criticism, including “Freddy, Freddy, Freddy, we think you should be ashamed of yourself” and “Good luck in your retirement as the man who ‘freed’ Mandela. And enjoy all the speaking fees from your self-indulgent ‘I ended apartheid’ tours”. 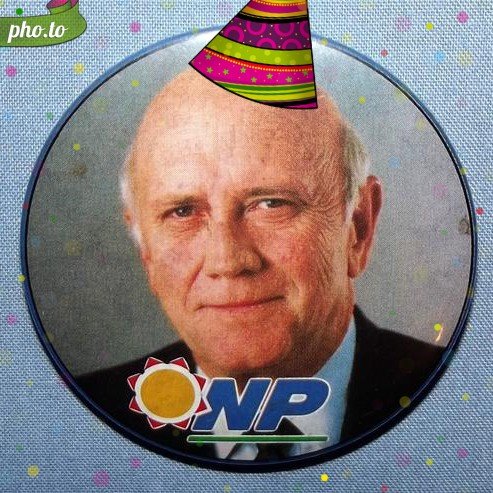 In an interview with The Sunday Times, Quabe referred to Rhodes as a “racist, genocidal maniac… as bad as Hitler”. He also attacked the use of French flags as a symbol of solidarity with the victims of the Paris attacks, arguing that they are a “violent symbol” which should be rejected in the same way a “Nazi flag would have to be fought against.”

Rhodes Must Fall argue that “This statue is an open glorification of the racist and bloody project of British colonialism.” 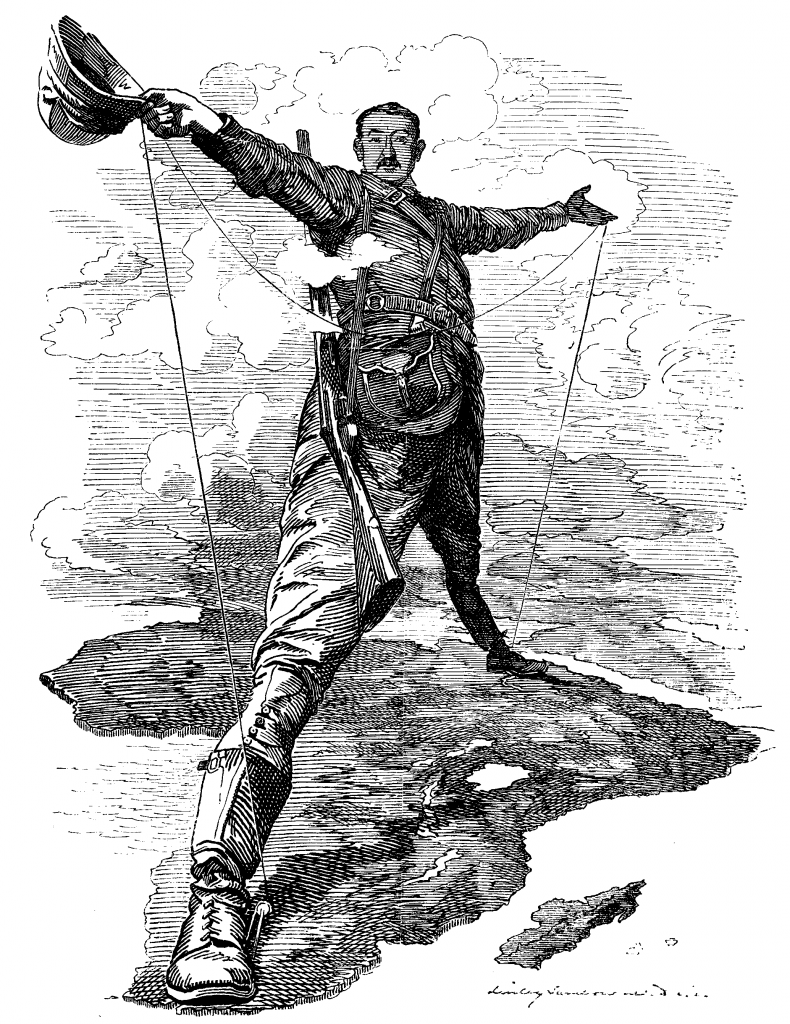 A counter petition on Change.org entitled ‘Oriel College, Oxford University: Do not remove the statue of Cecil Rhodes’ has too gained momentum over the last week, reaching over 1000 supporters.

The counter-movement asks Oriel “not to give in to the demands of a minority of views to eradicate artifacts of history for the sake of subjective, personal offence.”

Cambridge’s own BlueSpecs has published an article aiming to satirise the #RhodesMustFall Twitter movement with hashtags including “#TheFudgeKitchenMustFall” and “#TheCambridgeStudentMustFall.” 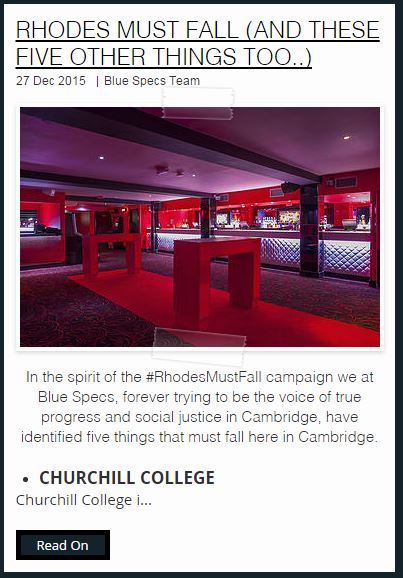 The article tagged as ‘satire’ on the website repeats “(TW)” before phrases a total of 32 times, supposedly in line with the paper’s aim “to be the voice of true progress and social justice in Cambridge”. Trigger-warnings precede Sir Winston Churchill, freshers’ week, music (Lion King tunes amongst others) and many others.

The commemorative plaque beneath the statue has been removed by the local council, and marks the start of a six month negotiation regarding the fate of the statue. Will Rhodes Fall?