Lia Johansen-Villanueva went to see Pippin and proceeded to fall utterly in love with three boxes, ten people, and a whole lot of magic.

Playing at the ADC until Saturday, the finest musical theatre talent in Cambridge are putting on Pippin, a coming-of-age musical that is as dark as it is silly. In it, a mysterious troupe of players, tell the story of Pippin, the eldest son of King Charlemagne, and his search for fulfillment and “a corner of the sky.” 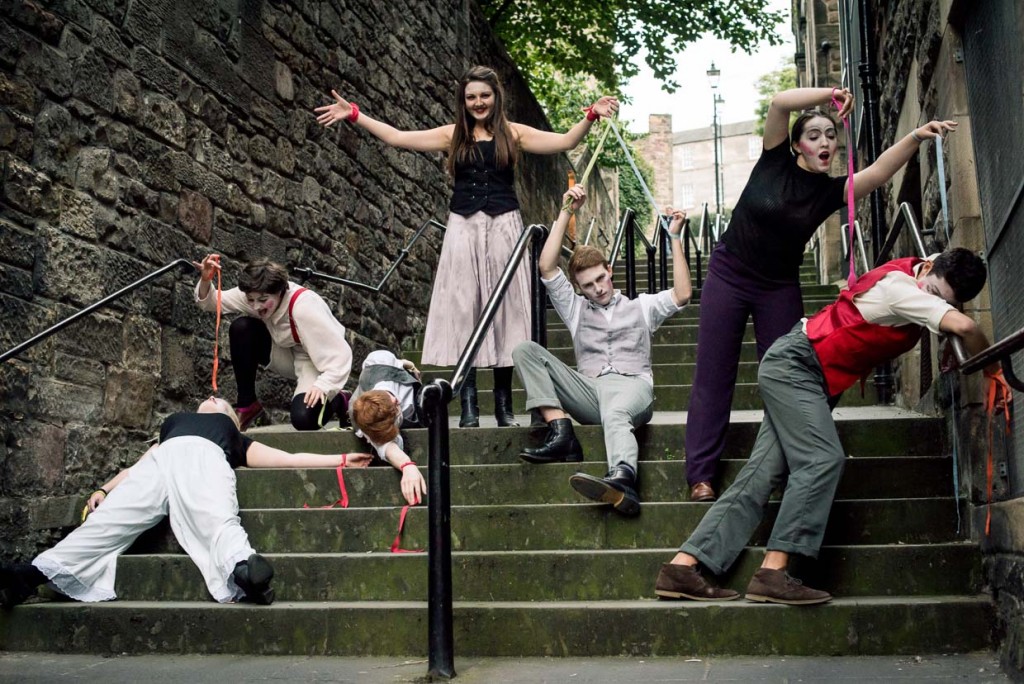 Puppets on strings – the cast of Pippin

The laughs are plentiful, and found throughout the show. Megan Henson as a tyrannical King Charles who is endlessly frustrated by his family and endlessly pleased by his own self provides some brilliant moments, as does Caroline Sautter’s take on the enigmatic leading player, whose frustration at every deviation from the supposed “script” being performed finds the perfect balance between hilarious and ever-so-slightly unsettling.  It would be all too easy to say that she steals the show- but how could she steal something that her character is building for us? 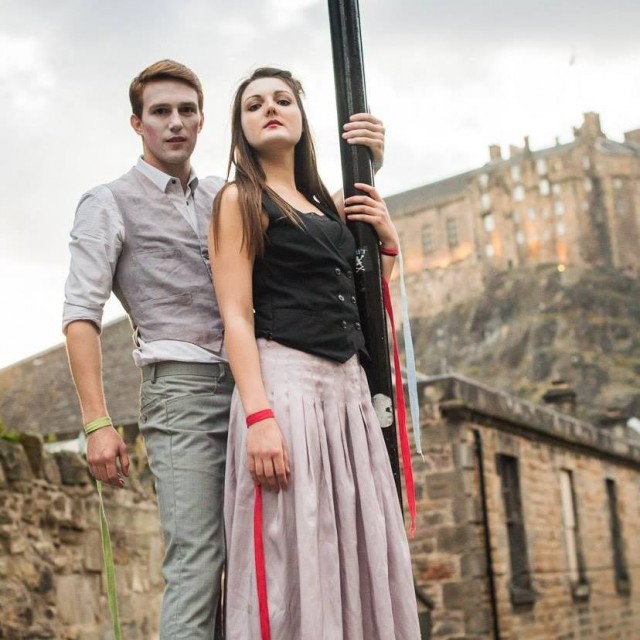 Oli MacFarlane as Pippin and Caroline Sautter as Leading Player

Oli MacFarlane’s Pippin is not as comedic as some of the characters with whom he interacts, but he provides an important emotional linchpin to the production: you want Pippin to be happy, and this discourages the show from veering too far into camp territory. 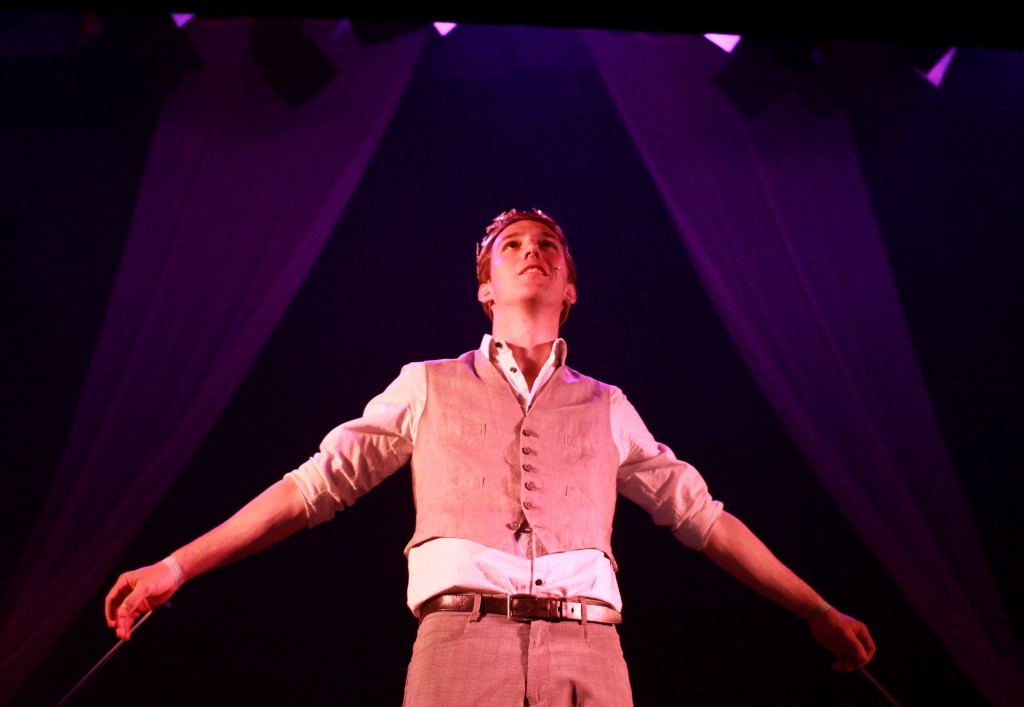 With a surprisingly minimal set, these thoroughly talented members of cast and crew created a stunning visual experience. It is tempting to overwhelm this review with a barrage of compliments for the cast, who played their parts with an obvious enjoyment that proved contagious to those of us in the audience, but the technical side of Pippin is equally worth gushing over. Sam Payne, the lighting designer, uses the lights as a vehicle for the circus-like fiction we are told to believe in, but also creates beautiful emotional moments with them: Ellie Coote’s performance of “I Guess I’ll Miss the Man” is a particularly poignant one, as is the reprise of “Corner of the Sky.” 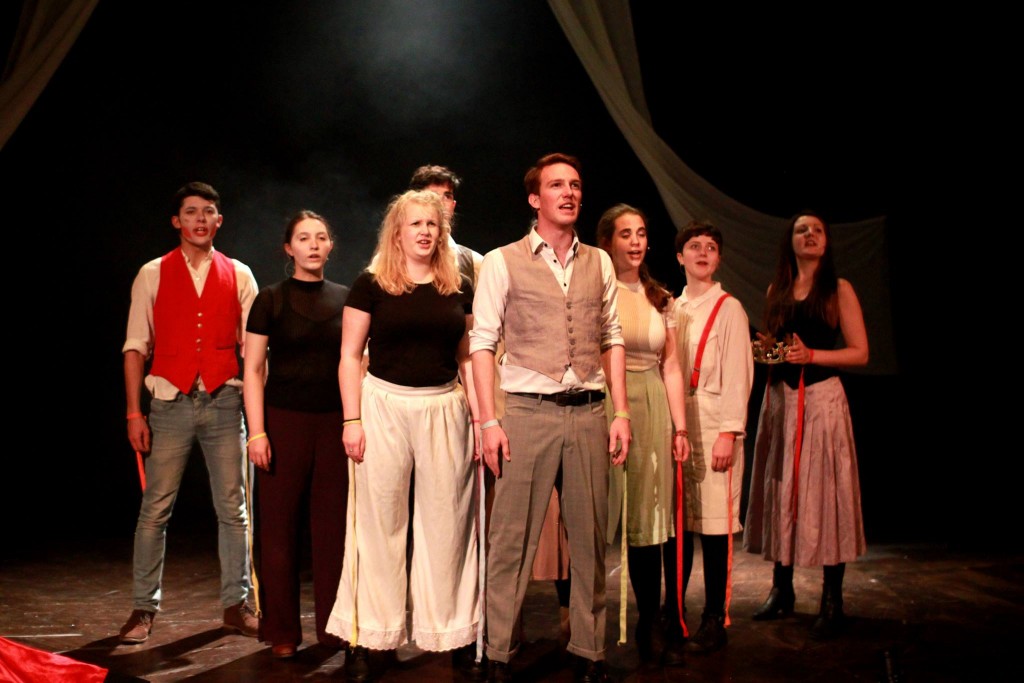 If there were small flaws with the sound, the cast worked through them admirably, and I can hardly do justice to what a good time I had watching this play.  I would urge you all to go see Pippin before its run at the ADC ends this Saturday; simply put, it’s a delight.