LEYLA HAMID and CHLOE COLEMAN are swept up into Conrad’s sinister world in this unique one man show. 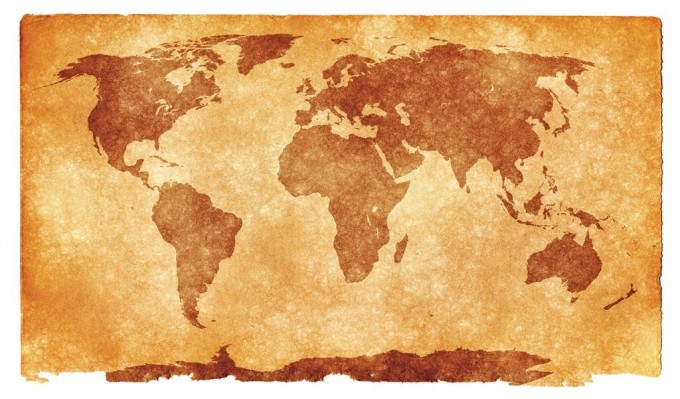 It was certainly a bold move on behalf of Cambridge student George Johnston to adapt the book into a continuous monologue – but this is not your typical monologue showcase in the depths of Corpus Playroom. Arguably, it isn’t a one man show at all.

Guy Clark was nothing short of fantastic. Playing Marlow, the enigmatic sailor who narrates his experiences in the Congolese ivory trade, Clark refuses merely to relate the story – instead he brings all the characters to life. Displaying an impressive repertoire of accents (ranging from Belgian to an admirable Russian) and assuming multiple different roles, Clark never fell into the trap of a clichéd rallying back and forth when playing two disparate characters. Instead, he embodies all the roles fully, and we are never confused about who’s who. In a play so full of many little but crucial roles and voices, Clark manages to portray their individuality without subordinating his own overarching voice as narrator. 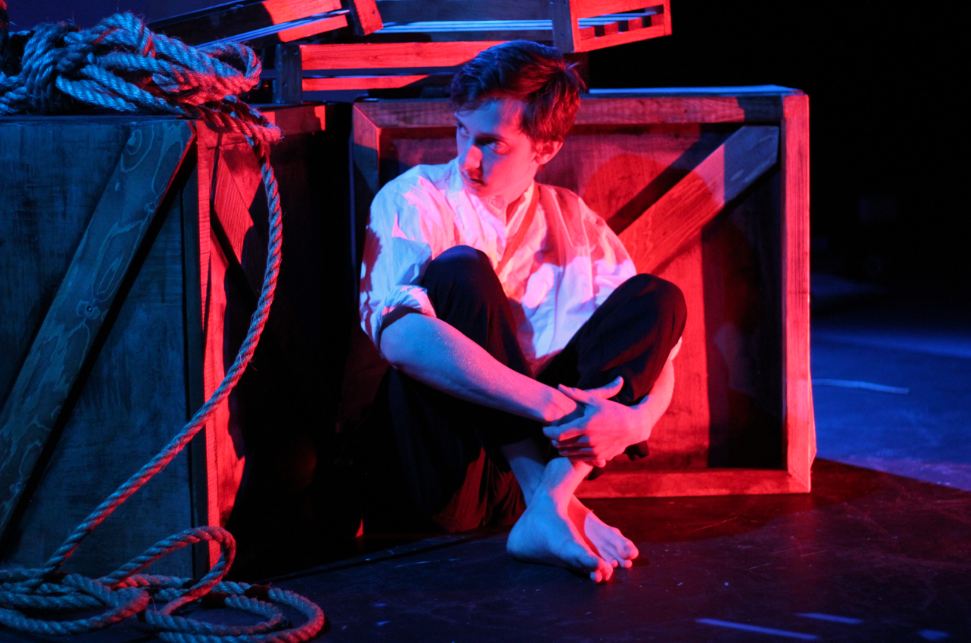 Inevitably, the lines with which he is presented are seriously weighty: Conrad is not known for light-hearted fiction. Telling the story of a voracious trade which perpetuates the atrocities of colonialism, Heart of Darkness is chilling – delving into the depths of a hitherto undiscovered land, we are also forced to recognise the unpalatable realities of the human psyche. It’s a text to be reckoned with, but this actor is not intimidated by the immensity of his task. Thank God he doesn’t simply reel off the lines. At no point do we feel like we’re at a reading of the novel; we are always seeing it in all the glory of its action.

The stage was bare but for three wooden crates and two maps of Africa adorning the white-washed walls. The manipulation of such a minimalistic stage was commendable, with the crates being used to form anything from a doctor’s examination bed to a toiling steamboat. The fluidity of the props’ movement was so natural that we almost didn’t notice their metamorphosis. The bare walls also meant that the coloured lighting could take full effect, and was suitably atmospheric. Unfortunately, at times the lighting seemed slightly artificial in the abrupt changes – we didn’t really benefit from the sudden change to blue as soon as the word ‘night’ was mentioned. Perhaps a subtler graduation would have been more in keeping with the general fluidity of the production.

However, this is a minor quibble. In an endeavour that is ambitious to say the least, the team behind Heart of Darkness really pulled it off, and gave the narrative a life beyond the page. Clark’s energy is boundless and engaging – we are utterly swept up in the story, a feat which is to be commended. If you’re looking for something a little different that will surprise you, look no further than this powerful production.