The episode, titled Young, Bright and on the Right, follows the Tit Hall lawyer and his Oxonian counterpart, Joe Cooke, as they attempt to climb the Oxbridge political ladder. 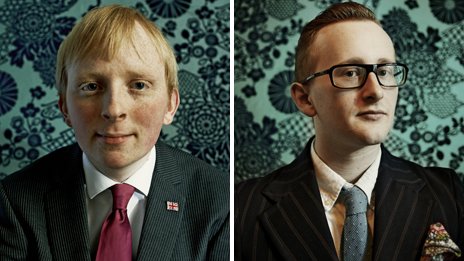 However, the twist is that both aspiring politicos were state-educated, seemingly a large hindrance in the world of Conservative politics.

“I don’t have the connections for a safe seat so I’m never going to be able to get to ministerial office because my parents aren’t socialist academics,” Monk told the BBC. “You’re on a hiding to nothing trying to enter politics without significant connections.”

I’m [now] around the kind of people who have those connections.”

Despite the pair’s state school background, students who have seen the show have already expressed worries about the upper class portrayal of Cambridge.

When asked about CUCA, Monk said “The whole point of the Conservative Association is it gives you a chance to pretend to be a member of the upper classes for an afternoon”. He explained that his entry-level role in the society involved “buying port and procuring cheese”.

CUSU access officer Vicky Hudson told The Tab, “We are outraged that the BBC has chosen to broadcast a documentary that relies on outdated Oxbridge stereotypes for effect.This is absolutely not the University of Cambridge that the majority of students inhabit today.”

“We would like to remind prospective students that not only is Cambridge a diverse, multicultural university that denounces racism in all its forms, but that it also has the most generous financial support package in the country, and arguably the fairest admissions process of any university. No student should be discouraged from applying to Oxbridge because of the misrepresentation of student life shown in this documentary.”

Indeed, CUCA’s very mention alongside an institution as notorious as OCA, could be seriously damaging to Cambridge’s perception. The Oxford society was summed up at one point in the show as  “A hodge-podge of old-boys institutions” and has been forced to disaffiliate from the University of Oxford.

CUCA has expressed, via its website, its ‘disappointment that a documentary has aired which misrepresents Cambridge University Conservative Association.

It continues: ‘Contrary to the suggestions of the programme, CUCA is unfalteringly open to all . That five of the last six chairpersons of CUCA attended state schools is testament to our belief that your background does not matter at all if you want to be involved with the Association.

‘The Association works with local schools and the Cambridge City Foodbank, putting the Big Society into action. It holds open events with politicians, think tanks and academics for anyone to enjoy.’

Despite his initial enthusiasm, since talking to the BBC, finalist Monk has now decided to concentrate on his studies instead of university politics.