… but not everyone was pleased to see him

The Labour leader spoke of his desire to protect the NHS, invest in education and tackle climate change.

The event kicked off with Bristol West MP, Thangam Debbonaire, calling for people to keep campaigning for Labour in the remaining days before the General Election.

Speaking about Boris Johnson, she said: “The lies he tells are hurting the people we serve.”

Mayor of Bristol Marvin Rees also addressed the crowd, saying: “What would it be like to wake up with a government who wants to work and invest in local government? That is the message of hope we need in this country at the moment.”

The self-proclaimed warm-up acts bought time for the Labour Leader who was running late. 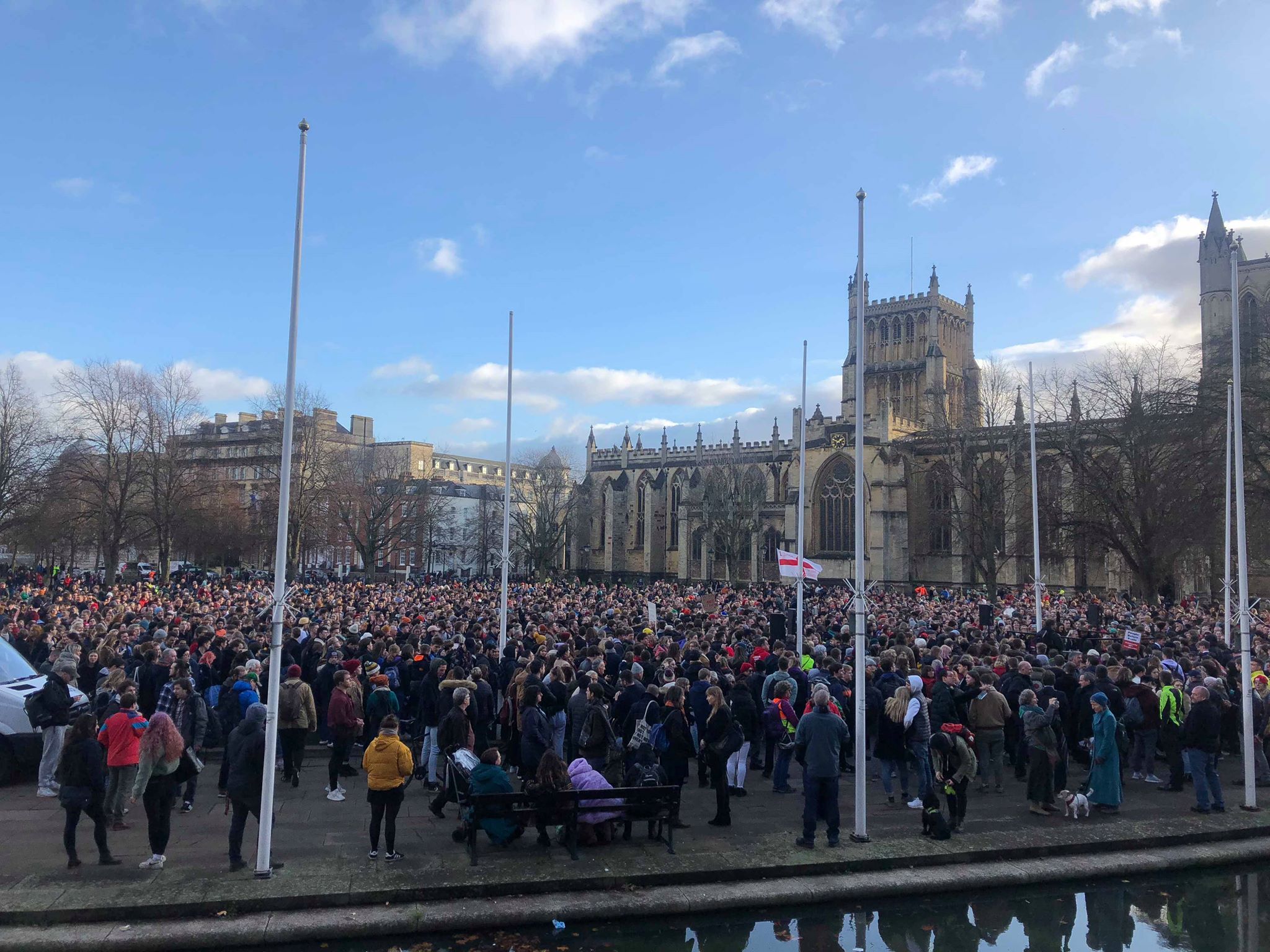 When he did arrive, the party atmosphere resumed with people cheering and chanting, “Oh, Jeremy Corbyn.”

The Labour Leader said: “We need to get rid of the government who has brought austerity about.”

On tuition fees, Corbyn said: "I want our young people to be able to make the choice of going to do a vocational course, to do an apprenticeship, or go to university.

"But a choice, not a choice of how much debt they have to go into to go to university."

All of his remarks were greeted with huge cheers and rounds of applause.

Corbyn on fire in Bristol – the Tories have had NINE YEARS, and all they have done is punished the poorest and made things worse.
Time for real change, a fairer future for the many, not the few – and we can make it happen #BeAVoter and #VoteLabourDec12 pic.twitter.com/up8M9y5YqV

However, not everyone was happy to see him.

A group of around 20 Jewish students expressed their opposition to the Labour leader chanting, “For the many not the Jew.”

Joseph Dee, a second year chemistry student, told The Bristol Tab: “We’re here to protest Jeremy Corbyn because we believe that he is antisemitic and we as Jewish students won’t feel safe under a Jeremy Corbyn government.”

This comes after many Jewish students have expressed their concern at the prospect of a Labour government, due to cases of anti-semitism within the party.

The protesters swiftly became embroiled in heated arguments with members of the public and The Socialist Workers Party.

Nina Friedman, President of Bristol Uni's JSOC told The Bristol Tab that the Jewish protestors had encountered “physical and vocal animosity” at the rally.

She said: “People have tried to grab our signs and there were people swearing at us. It’s a really unpleasant atmosphere.”