‘Health not wealth, people not profit’

Yesterday approximately 150 Students from the University of Bristol gathered outside Senate House, home to Vice- Chancellor Hugh Brady’s office and administrative heart of the university, to push for mental health policy change.

The speakers called for methods of prevention, not just cure, and emphasised the importance of prioritising funding mental health services.

The march was strategically timed to coincide with the Postgraduate Open Day, in order “to make the university notice us even more and cause some disruption” according to Ruth Day, an organiser of the event. 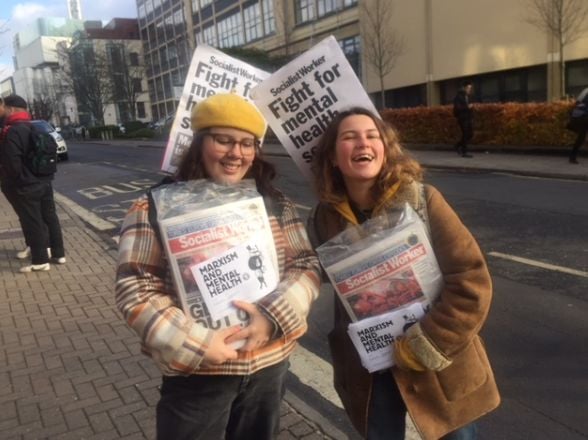 The march today was lead by six societies, all united with the common cause to put an end to the way students here are suffering with their mental health.

Protesters held banners and signs supporting slogans such as “health not wealth”, “use your wealth for student health” and “people not profit”. 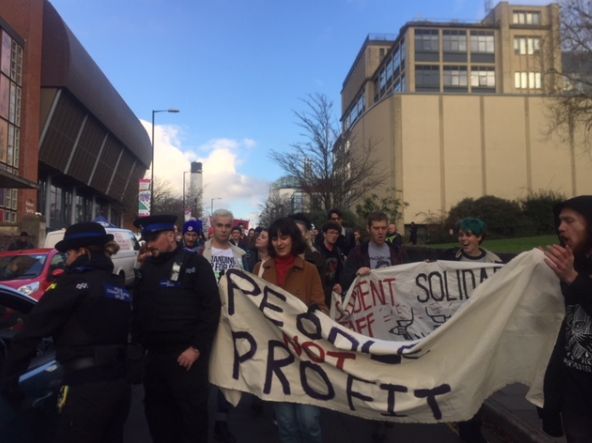 Beginning outside Senate House at 13:15, the march commenced with a speech outlining the aims of today’s protest and urging the importance of seeking help when you are suffering with your mental health.

“The university is neglecting the needs of its students, it’s taking on more students than its facilities can handle”, said one speaker, who wishes not to be named at this time. 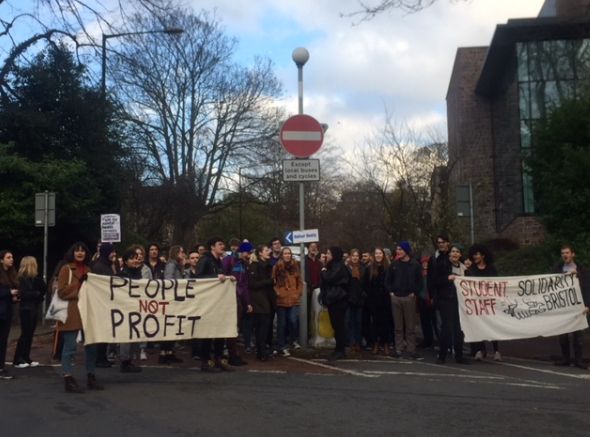 The crowd marched and chanted down Elton Road and eventually onto Queen’s Road, stopping traffic and catching a lot of attention from onlookers out of their office windows.

The march continued to Wills Memorial Building, whereby it halted and attendees gathered in a semi-circle in order to listen to emotive speeches given by Ruth Day and Grace Carrol, organisers of the march. 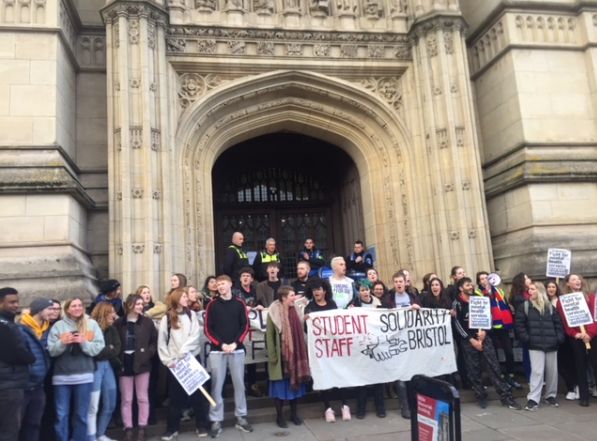 After the official speeches, attendees were invited to ‘’stand in solidarity’’ completely blocking the entrance to Wills Memorial and causing extreme commotion owing to the Postgraduate Open Day happening simultaneously.