It’s been a long (or maybe not long enough at all?) Christmas holiday and the depressing reality that we do, in fact, have degrees to complete is finally kicking back in.

Lecturers, welfare officers and career advisers are returning back to their keyboards in order to remind students that they still exist, but one staff member may have taken things a little too far.

A career adviser from UoB's Business School has sent out an email to their students which has since been described as “extremely inappropriate and unprofessional”.

The email starts off with a fairly normal question of how things are going, before quickly descending into … sexual innuendo? 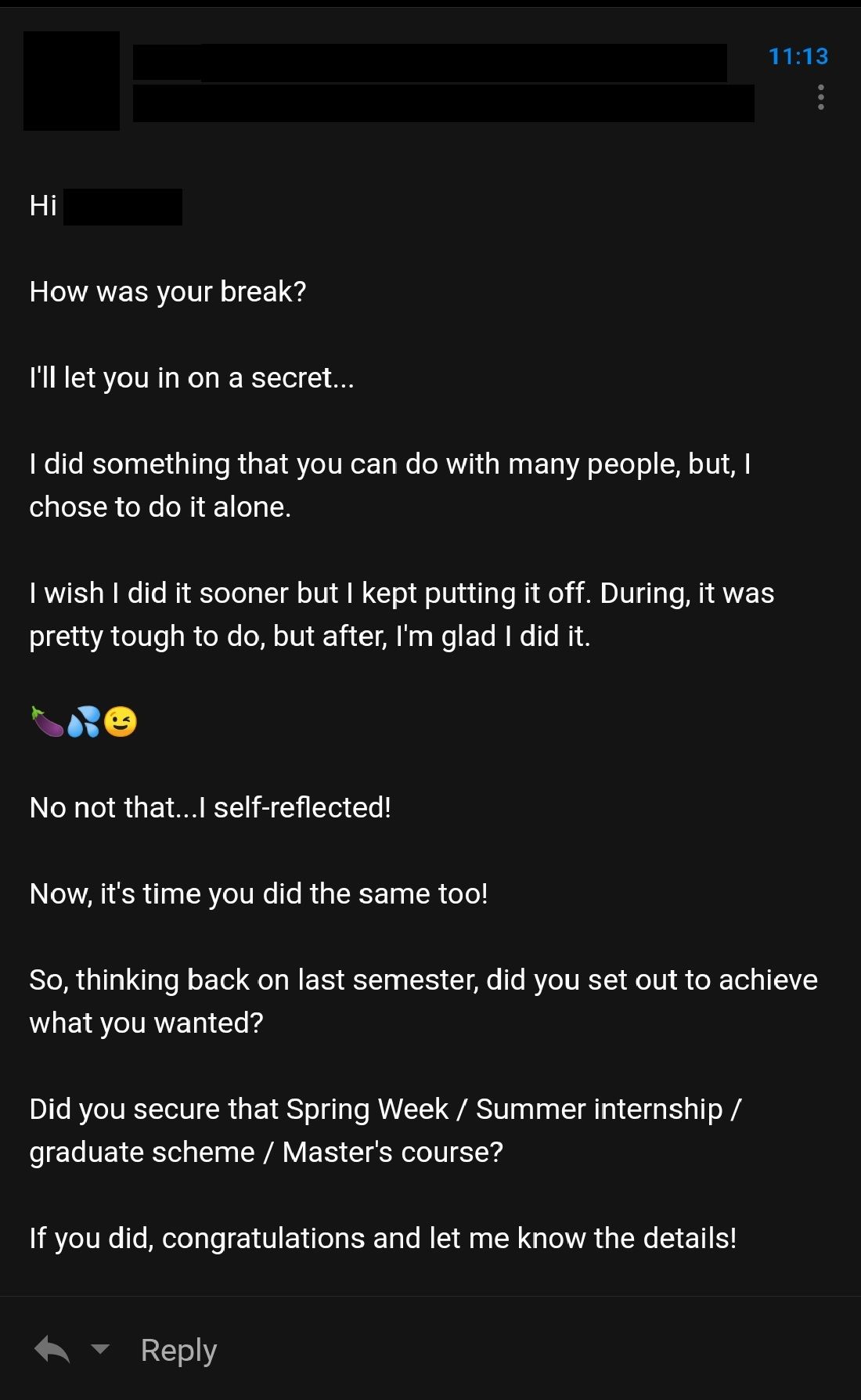 If you too are wondering what was going through this person's mind when they decided to send an email describing their "secret" that was "tough to do" (but that they're "glad" they did) to who knows how many students, you definitely aren’t alone.

Another member of staff from the Business School was quick to try and rectify the situation, however, sending out a follow up a few hours later.

In this email Dan Herbert, the school’s Director of Education, apologises for the career adviser's “inappropriate” email, and goes on to describe how the latter is “extremely sorry” and is “fully aware of the inappropriateness and consequences of his actions”.

Dan also states “we are taking measures to ensure that this does not happen again”. 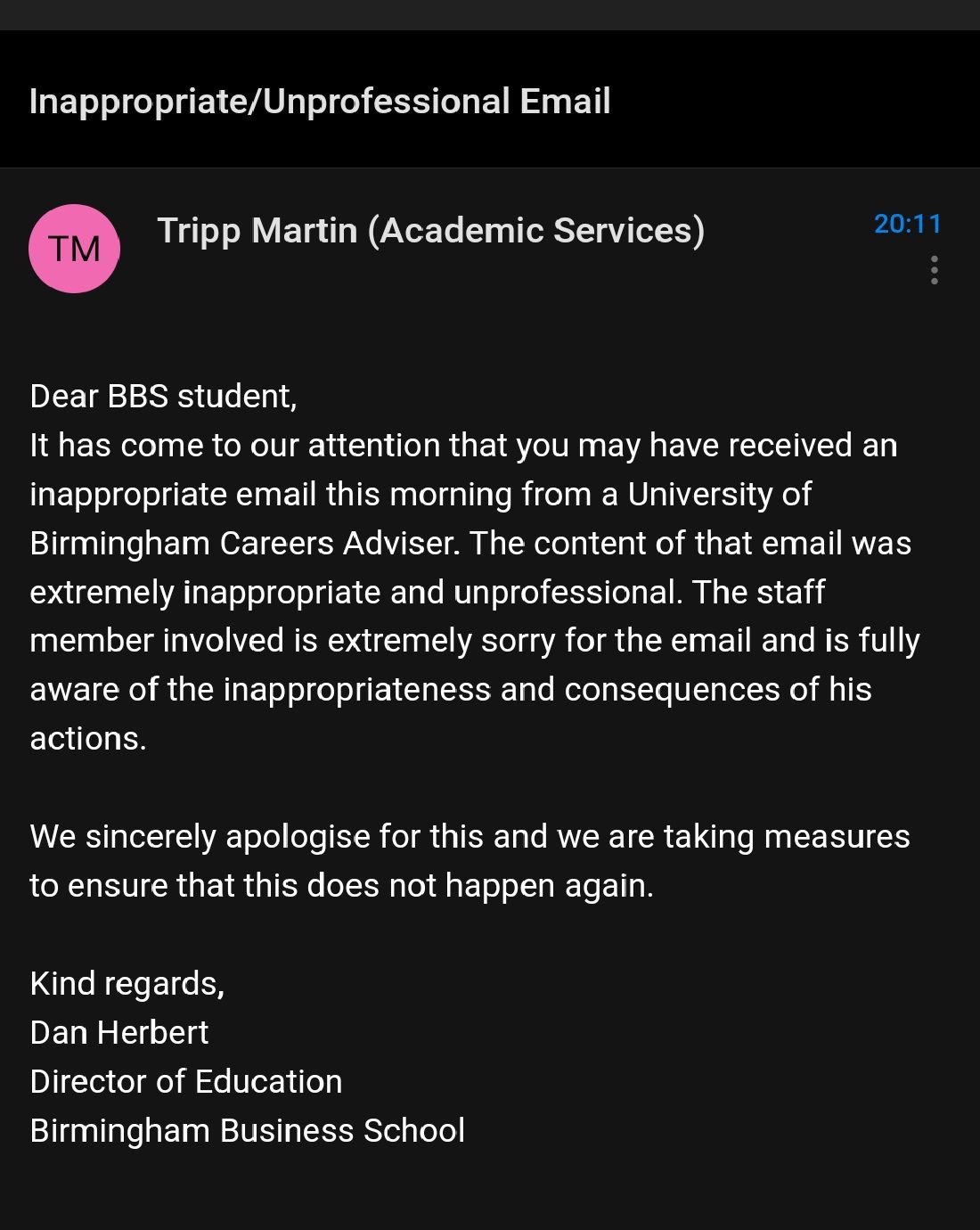 The Birmingham Tab spoke to Simon, a third year Economics student, and one of the recipients of the first email.

Simon told us his first initial reaction was “how did they think that was alright to send”. Same, Simon.

Despite this, the economics student was ambivalent towards the described “consequences” that the careers adviser was allegedly to face, acknowledging the inappropriateness of his actions but also sympathising with the fact that “he probs didn’t mean too much harm, it's just a bad joke”.

Finally, when asked whether the email inspired him to get that bread, Simon replied: “nah I instantly lost interest when I saw self reflection”. Ouch.