At around four this afternoon a white Van crashed into the local Selly Oak takeaway 'Romeo Pizza'. The road is currently partially blocked, with a team of onsite police investigators and two fire engines still at the scene. The Tab spoke to people at the scene of the accident. 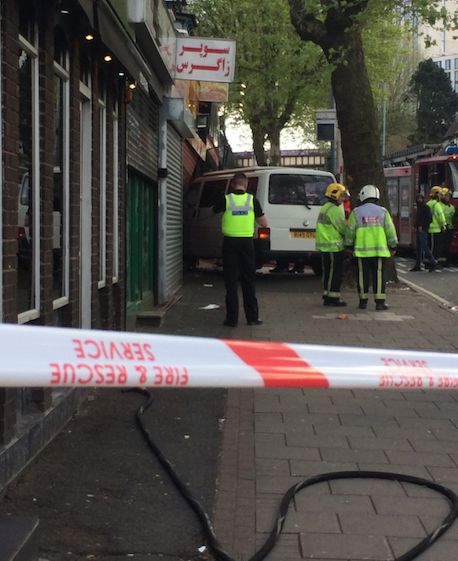 View from the scene

One of the local firemen explained to The Tab that "there is an on going investigation happening after the crash, but for safety reasons we are here as fire people while a structural engineer sees to the store front." 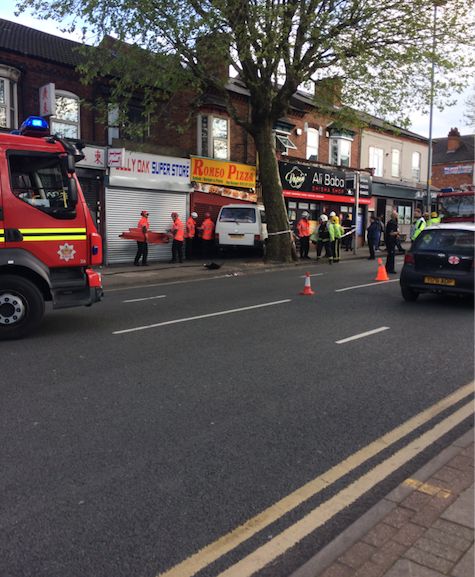 The van crashed through the store front window and shutters and so as the fireman went onto explain "the vehicle cannot be removed until the building has been dismantled around it and checked for safety precautions."

The Tab also spoke to the owner of Romeo Pizza, Shahgul. He told The Tab that "first he (the driver) hit a taxi car parked in front of another shop and then my shop. After two or three minutes an ambulance and the police services arrived. I had been asleep upstairs at the time actually, then the police came upstairs and asked me to evacuate so that they could investigate." 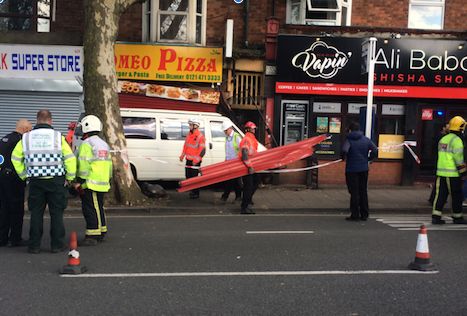 He was camping out at his cousins shop down the road when The Tab spoke to him. When asked if he knew anything about the injuries sustained in the accident he said that "as far as [he knew] no one had been majorly injured."

better get the hazmat suits out lads